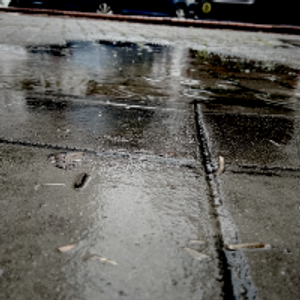 I know that I'm the foolish one

Now, that I see who's to blame

There I knew how much you loved me

When you said it directly to me

And I started getting ashamed of myself

For not loving you the way you did to me.

Thank you dear, for opening my eyes

I know that forgiving is not so easy to do

But I beg you to hear my apologies

Nothing more, nothing less: I’m sorry.

I know that I'm the foolish one

Now, that I see who's to blame

I bathe in sandalwood to keep you all over me. I beg for your weight, giving your limbs permission to crush my limbs without having to settle for dreams of phantom bodies on top of me. I ache. To be kissed. Fingertips, matches on my skin. Your touch, sage to my negative mind.

I’ve been resurrected. I dance on walls, and forbidden fruit hangs in haunted bedrooms. Will I ever be a fantasy or will I wake up sweating, clinging to my own sheets?

14
5
2
Challenge
Sadness
Write me something in less than 50 words that makes my heart break or my tears well up. Write the most gut wrenching thing you can think of. And don't forget to Tag me.

was not the silence

rather than a soft thump

nor the absence of movement

instead of a kick

or having to push out

why he wasn't going to be

27
10
27
Challenge
Space for Rent
Space for Rent - write me something, anything, about space for rent. How does it make you feel? Melancholic, excited, lost, hopeful? Tag me so I can read! [ @HashtagFiction ]

There’s space for rent inside my heart. The plus side is there’s not much in there. Not many tenants, but they’re here to stay—don’t have the heart to evict them. Yes, I know some of them have moved out. Doesn’t matter. I’ll hang on to their stuff for them for as long as they want.

Most of this empty space I’ll admit I’ve been afraid to lease, worried I’ll find the wrong person to fill some rooms. But all this empty space makes me feel a little lonely. That’s gotten worse with time. Don’t get me wrong, I love my current tenants. They live rent free—the space they occupy I make sure stays theirs.

I’ve gotten better at putting out my “For Rent” signs. Most of my applicants are boring though. Nice enough, I’m sure, just…not for me. I’m picky, I guess. Then again, one has to be selective when renting out space in the heart.

“For Rent.” What an odd concept, considering I give the space away for free. Maybe I should change my signs. But I don’t want anyone getting any ideas and taking advantage of me. I’ve got plenty of room. No hurry to change that.

Highlighting the trees below

Rustling in the breeze

Hugging the branches ever so tightly

Before falling to the ground

Chimes ringing in the wind

Moving back and forth

Playing their own muted tune

I only wish for them to know me as I am.

Is that really, truly so difficult?

The sky tells me not to think about it too deeply.

The ground reminds me to pay attention to where I stand…

Both boundaries keep me in an unequal pull.

Are the planets misaligned?

Is there strange energy in the air today?

Why am I undergoing turbulence?

But then the sun sets.

The stars become visible in the night sky…

Maybe it was nothing important.

There’s not much to it, really.

I guess it was all just

This goes out to my baby sis

to the fake shit

The higher path we choose

We transcend all this

And if you see your dreams divided

Burn that shit down

Spiral up and spiral out

You and I best know

haters only hate themselves

I see you carelessly fly

High above those stuck on the ground

And baby girl, don’t be scared of gravity

But our souls are still free

I got your back

And I know this world can be mean

Believe me when I tell you

That you’ll always be a queen to me.

I know one day you’ll see,

and live all your best dreams.

They say its where the heart is.

Mine must be broken and shattered,

Ground into the sand of beaches,

Who’s beauty was blocked by melancholy.

Home is smashed like bottles on the side of the highway,

but it’s just a dirty secret.

Under murky water where the fish don’t even swim,

And dungeon like basements where few will dare to go.

It’s caked under the front seats of your car,

The sour smelling stain that nobody can blot away.

Stuck to you like glitter that never comes off.

Ashes pouring out of the fire-ring the morning after a storm.

It’s in all the places that make you cringe,

But know you’re being watched.

So today I will be clinging

to any last hoping

I have left in by body shaking

Because lately I've been praying

and nothing has been happening

and I don't know what is happening

in the world surrounding

and in the lives with which I'm interacting

Since my head is so full of loathing

not self, but something

else that my words are not describing.

you the letter I spent my soul writing

all in the name of telling

you I'm not done believing

that the world is done giving

us what you need to stay standing

and not stop longing

for that great future you've been planning.