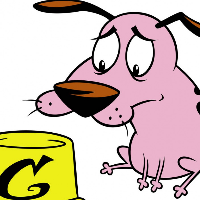 Follow
AJAY9979
Innovative. Creative. Easily distracted. All the things that make me a great writer.
827 Posts • 406 Followers • 340 Following
Posts
Likes
Challenges
Books
Challenge
Where do we go when the earth starts shaking?
Literal or metaphorical.

HandsOfFire in Stream of Consciousness
• 14 reads

a little too close to my brain

when it's all in my head,

leach the feelings out

laying in a pool of your own dread

rocking with the earth beneath your feet,

slipping down into the deep

we're clinging to the window light,

sinking our toes into the carpet weave,

drawing the light beams more near

to run through your bones,

and the sun and moon to wink it away,

a breath to calm the nerves,

and the steadiness to finally stay.

8
3
3
Challenge
Submission
Is submission an act of weakness or strength?

“Wives, Submit to Your Husbands”?

I grew up in a fairly conservative Christian family. I think every family wedding I’ve ever attended, the topic of “wives, submit to your husbands” was mentioned somewhere during the ceremony. My aunts, my female cousins, my male cousins’ wives (I have a big family) were all lauded for ‘submitting’ to their husbands.

I remember asking my mom about it once. My mom is not the submissive type. She does what she thinks is right and will speak her mind, no matter what anyone says. As a kid, I saw her as the head of the household rather than my dad. My dad was the breadwinner since my mom was a stay-at-home mom, but my mom did literally everything else, and I never really saw her ask my dad’s opinion on any of her decisions.

When I asked her, she told me that she did believe that women should submit to their husbands, and when I pointed out that I didn’t think she behaved that way, she told me that she thought she did. She described discussing things like high-value purchases and big decisions with my dad, and only going through with them if they both agreed. To me, that didn’t sound like submission; it sounded like a partnership.

And then I started dating my husband, who shows his love through acts of service. I was baffled by this man who insisted on holding the door for me. He would even walk to the passenger side door to open it for me before closing it after I was comfortably seated and walking to the other side of the car to get in the driver’s seat. It was probably the only thing we ever really fought about. I was too proud to let this man do things for me just because I was a woman.

I'm still not terribly fond of that scripture about wives submitting to their husbands, but I think that’s more because of how some people interpret it than the scripture itself. Because the other half of that scripture tells men to love their wives as Jesus loved the church, and Jesus died for the church. He put the church first before his own life. The thing that made Jesus so different from the other spiritual leaders of his time was that he was a servant leader. He showed others his love by serving them.

There are still a lot of things that I don’t agree with my conservative family about, and I probably don’t see this topic the same way they do, but after being married to my wonderful husband for ten years, I no longer see submission as a weakness, like I once did. It’s not a strength either, at least not for an individual, though I suppose it can be considered a strength for a couple. It’s an act of love.

My first 4th of July in the U.S, I was 17. My now-husband (then-tummy-flutterer) took me to his grandparents’ cabin near a small lake in remote Missourian back-country (to be eaten alive by “skeeters” which I, in my stubborn ignorance, called “mozzies.”) He made me ’smores and we set off fireworks while he told me about his childhood excursions to that very same cabin. My Aussie pride piped up and proclaimed that America was quite the spoiled child. Rebelling for the sake of rebelling. After all, my country was literally made up of convicts and we managed to remain loyal to the crown. He countered that Australia was the real spoiled child, living in Mama-Britain’s basement eating lamingtons and sipping tea. We got a good chuckle outa that. How I adored the rebellious streak in those darkly browed eyes...

It remains a source of delighted bewilderment to me how attracted I was to his adamant defense of independence, all while we were flirting with the idea of becoming dependent on each other forever.

12
5
6
Challenge
Please don't write anything longer than the word count!!
any topic. but please, please, pretty please, dont cheat the word count. that will be too bad!!

that sprout from their chins

6
3
0
Challenge
Don't know how to delete a challenge

1
0
0
Challenge
Don't know how to delete a challenge

Writing a book together is a great idea. Please tag me in your future plans, and I will enthusiastically join in. It would be an honor to work with you all!

8
2
4
Challenge
Create new words
there are too few words. in the english language, and we needlessly struggle to use several words to convey something that could be just one word. please tag me. i will let the masses be heard as to the winner, and if not, i'll invent a specific word for a challange that had no posts.

Disanrun= Diss their ass and run.

Huggamnun= Hug ’em but don’t give ’em none.

to reveal a hush-hush held for some time,

in support of a previous regime

she was always one of them, not what she seemed.

Well, burning bridges is not the finest way

although let me just say,

I have a desire to knock down every

pedestal that held that man in esteem,

every frail column that bolstered his steam.

She was supporting right under my nose

a despot who would strip me of my rights

my dignity, my life,

and I don’t want to say, but maybe it’s just,

a comment can make a friend former these days.

This is my problem.

43
14
12
Challenge
Be unconventionally rude
Choose any question of your choice, and give the rudest reply you could think of I'll start it. The entry with the highest likes wins. Just for fun and tag me.

"Are you the same religion as me?"

"Then you're a wicked woman."