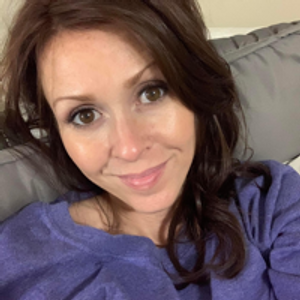 My heart and soul are tired and sore. Like aching muscles after hiking for miles to reach a summit that may only be a mirage.

After the horrible event. I drove him to my home to eat and to feel what a bit of normalcy felt like again. His broken spirit plagued my heart of the sadness and confusion he must be feeling after losing pretty much everything that he owned.

But the moment I recall the most is cut on his finger. Although it was not deep enough to stop to beams of light that radiated from his perfect hand. The longing for the pieces of himself that were seemingly missing now cried out in the blood as I rinsed his pain away.

I gently wrapped his wound with as much love and compassion as one person could give to another. I tried to make myself believe that I was healing him, as I longed to make his world right once again.

Although he may not have realized, I felt the softness of his eyes, stare down at me as I gently wrapped is precious finger. When I looked up and into his grayish green eyes peering down at me, I was transported to the depth of his soul. His eyes were so kind, broken, and yet so thankful.

This is one memory that as been etched in my mind for eternity. In that moment that our eyes met, I knew and understood all of the secrets of his soul.

I am a ball of confusion, covered in the delusion, that one day I will find what I search for... my solution.

For now I am bound and tied to this town; where all of the questions in my mind compound.

Beam me up and blast me away, remove all these feelings that I carry in my day.

Walk me to the light with confidence and strive, all the while reassuring me that everything will be alright.

Make me not afraid of all the things that I fear, but make me a warrior so that I may be healed.

Take me off this merry-go-round, but please cushion my fall. Let it toss me into the light where I hear my name being called.

Allow gravity to heal the pain that is felt from within, to make me become better than I have ever been.

Reflections of the Past

My heart bled out onto the notes that I wrote. Leaving me to cringe over my vulnerability, that appears more like naïvety to me now.

I began to feel shameful and quite foolish, as I watched the perpetual cycle I’ve been repeating pounce off of the screen and slap me in the face.

Causing my rose colored glasses to slip down the bridge of my nose and shatter upon hitting the ground.

So, here I find myself feeling unsure if I have grown wiser and stronger or just weary and defeated over the past four years.

Only Time Will Tell

I’m not sure if this adventure will be an ending or a new beginning.

Only time will tell.

Cities from the sky look like tiny pieces of glass.

The reflection of the shards within my view tell the story of what man has done to this land.

From above it is a blend of broken glass and tin cans that have been ripped to shreds; littering the earth with empty promises.

I find solace in the darkness that cascade amongst the mountains where man has yet to travel.

I think back at all the things she said and although I don’t want to believe her, I know that some of them were said by you.

I’ve asked the feelings to go and try hard to set them aside, but at night they haunt my slumber like a nightmarish lullaby.

His love for her was so rich that her eyes transformed into truffles, her freckles into saffron and her hair flaunted feathers of a Huia bird.

Her heart became a pink star diamond and when it broke she cried pearls of La Peregrina.

Some people say that a person can’t change overnight, but I don’t believe that to be true.

I believe a person can absolutely change in a matter of seconds.

It’s the healing that takes time.