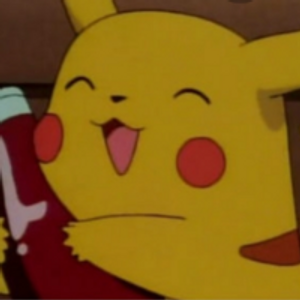 the creative side of covid

Covid has been mentally straining on many people. New stresses add to the old ones, hobbies lay forgotten in the closet, and many people have even put things on hold they usually would have no problem finishing.

On the other end, covid has given alot of people more home time, with time to finish already started projects or finally try new things they usually didn't have time for.

How has covid impacted your artistic self? Have you been able to tap into a creative outlet, or has your outlet fizzled out completely? This can be about writing, painting, drawing, crafting... whatever you like to do in your artistic life.

People are like rosebuds- hopeful they will bloom into something beautiful.

Hopeful that one day, they blossom into something worth recognizing.

People are like rosebuds- steadily growing, reaching perfection, and then slowly wilting to their last moment.

It wasn’t you, it was me

I recently just did a challenge for this topic, so I'd like to write about why I decided to choose that particular subject.

When I was a teenager, I was that toxic person you read about in books and just hate. Relationships didn't hold much value to me; I got into one and left as if it were a taxi. I never held myself responsible for a not-so-happy-ending. It took many years for me to come to the realization that I was the cause of such horrible breakups. At the time, my partner's feelings weren't considered when I was with them. I didn't care I was hurting people that loved me. I didn't care some people may have turned out the way they are because of me personally. There's one relationship in particular I'm ashamed of ruining, and I'll tell it to you now.

When I was 16, I got with my first girlfriend. I was shy, nervous, and embarrassing awkward at that age. I was also a liar, cheater, and a heartbreaker. I didn't know I was capable of such heartbreak until she came along, and to this day I'm still ashamed of what I put her through. We met on the internet, just like how many people were meeting back then. It started off as a few comments here and there. I was still discovering I liked women back then, so I was surprised when I realized I had feelings for one. Weeks led into months, and finally I got the courage to meet her.

By that time, my feelings had progressed, and I knew I had a crush on her. Our first kiss was extremely awkward, since she had experience being with the same gender and I did not. This didn't stop me from staying with her and trying to become less nervous. Now, at the beginning stage of our relationship I wasn't as toxic as i became. I was a great girlfriend. I was supportive, loving. I was there when her family called gays horrible words in front of her. (Her family didn't know we were together, due to their blatant homophobia.) It didn't become bad until we're were together for around a year. That's when we were comfortable with eachother. By that time, we had already said "I love you" to eachother, came out to everyone as a couple, and began to think of our future. That was also the time where I became a horrible person.

I was getting bored of being tied down to one person. It's horrible, but I started to resent loving her. I had these feelings for her, but not enough to keep me from seeing other people. Looking back, I should have ended it when I discovered my wandering eye, but I truly liked being in a relationship with her. When it was good, it was really good, but when it was bad, it was like a scene out of a movie. We began to fight, over anything there was to fight over. It started when she refused to come out to her family about us. There were so many close calls where she could have told them, and I was beginning to hate having to hide in the shadows as a "friend." I had already came out to my family, and they knew who I was with. My parents happened to know her parents, and they had to keep it a secret from them, also. This caused arguements between us. Now, this isn't the reason I started to cheat on her. I respected her decision to want to keep her family in the dark, considering they had horrible opinions about gay people. I began to cheat on her because of who I was at that time.

It started off as deleting messages from people. Flirty messages from guys I'd never met, and didn't plan to meet. I thought of them as harmless. She hadn't found out. That meant it wouldn't hurt her feelings. It eventually progressed to physical cheating. There was a time where I knew she knew what was going on, but she had no solid proof. She accused me of cheating, and I swore to her I wasn't. I couldn't tell her. As bad as it was, I didn't want to lose her. This continued with a few more incidents of me cheating until it was her that cheated. There was proof of this one, because it was online. I came across a girl leaving her comments on social media that very clearly stated they were involved. This was on a profile I didn't know she had. I confronted her about it, and she confessed. I didn't push it, because I had cheated multiple times. We broke up a while after that, when things had just got so bad between us there wasn't much hope left. We haven't spoken for years, and it's best we go our separate ways.

It took a few relationships after that for me to break my bad cycle. Looking back, I'm ashamed of the people I've hurt. How many hearts I've broken because I didn't know how to be in a healthy relationship. I was a toxic person, not thinking of anyone but myself. I'm able to admit it now, when I've changed and apologized to many people. I was in denial all those years ago, not thinking of how I was hurting people who truly wanted to love me.