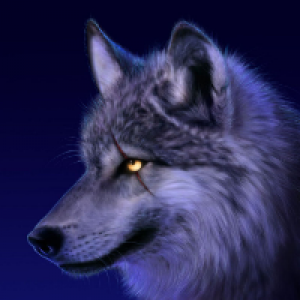 Writing Attempt # (I lost count, so here’s another one):

There once was a horse. This horse was like no other. It was a colorful horse. It had a mismatch of all imaginable colors on it's fur and a rainbow for a tail. Where-ever it went, grace or craziness was anyone's guess. It could be a trail set ablaze by the horse's speed, a picture of the shaping clouds on a breezy afternoon, or a waterfall falling. No discernable method was in the horse's madness.

Because of the pieces of work that many would pay for, several people tried to capture and control it. The horse proved unwieldy to the greedy thieves, bucking, shaking, and even steam-rolling a few. Unable to obtain the horse, they bickered among themselves. One young boy approached the horse. The people expected him to break him like the others. However, the horse let him on, even riding around the area. From the young boy's control, captivating and wonderous things were created. The others came to him when he returned. They offered him promising places if he would have the horse create the pieces for them. The young boy agreed.

As time went on, the buyers began to be selective about what pieces they wanted. They were disgusted at pieces like the aforementioned ablazed trail and the falling waterfall. They preferred the shaping clouds and wanted more like it. Eager to please them, the sellers ordered the young boy (now a man) to make the horse create more clouds. The man did so. Later, some of the shapes of the clouds people didn't like. Just like before, they ordered the man to stop making those offending pieces. The man began to argue, but the sellers threatened to take all of his things from him.

The man went back to his field, where he had his horse tethered to a post nearby the door. The horse gazed at the man. It whinnied. The man's downward head and somberness made the horse skiddish. He untethered the horse and rode it around.

The horse pranced about in a quarter of field as it normally did. However, the man pulled the reins more, driving it away from some of the field. It didn't bother the horse at first. Then it was tugged some more. The horse began to resist. The man pulled a little harder. The horse fought back. The reins were pulled back all the way now, forcing the horse back. The man hitched the horse back on the post and went to his shed. The horse beheld the man bringing tools and wood. He destroyed part of the fence that marked the property. The man began his work.

The horse watched as the man hammered away at the ground and wood for hours. The beating annoyed the horse. It huffed, protesting the noise with whinnies and stamping of hooves. As the man near completed the new fence, the horse became restless and upset. It began straining the tether. The man heard the groan of the post. That post threw splinters at the horse's direction, further further stirring its anger. Tha man dashed to the post, but arrived to a quarter of it.

The horse rampaged across the field. It targeted the fence and charged it like a missile. It crashed into the wood, bursting forth splinters that clashed and scattered. The man, frozen in place, watched with horror as the horse's tracks were set ablaze, burning the destructed fence. The fire danced on the trenched splinters, leaping like an ice skater onto other splinters. The horse cried out and furiously ran some more, sparking more. The dancing fire, tired from the show, went off to eat the fence still standing. A great fire arose and consumed the fence.

The man cried out. The horse rushed to him. His tears melded with the horse's as they watched the fence become ash.

The man hitched the horse on the other post. He went inside and tried to sleep. The ghost of the past while kept haunting him: The roar of the fire; the cry of the horse; the smoke that blacked out the sky.

The next morning, he stayed home, which concerned the sellers. They rushed to his field and demanded an answer for his absence. The man, terrified by them, mustered up some courage to murmur an answer. "What?," they sternly said. This is the point of no return. The man broadened his shoulders and spoke with a firm voice, "I can no longer keep up with further restrictions. I'm leaving."

The crowd of sellers barraged him with their verbal assaults, disowning him in front of everyone. The man just went away, riding the horse beyond the sunset.

I wake upon a sandy beach. The sky is clear. Perhaps too clear. I see no waves or trees or anything else. I wander around until I hit a wall. The transparent barrier halts my outward pursuit. After a few attempts to break, I see red rain dripping on it. I can see the now crimson-stained wall; its height never-ending. More dropplets cling on it. I look up to see my hand is the cloud that unleashed the drops. My screams reverberate around this sandy beach, penetrating my ears and forcing the cycle to continue.

I open my eyes to see another rain, but not of any color at first. The screams hushed. I picked myself up to investigate the rain. Upon reaching a foot away from the forming cone, I collapse. That is when I finally looked up to see a cloud of grain green rain funnel its contents downward. The cone's base touches my legs, soon burying them. I scream as it covers my hands and arms. My torso soon consumed by the solid rain. It chokes me now. A few tears desperately try to stay above the oncoming rain. Hello darkness, my new companion.

Why a winter wonderland

In the Spring of all times?

The assault of the cold

Clashes with the meager forces of heat

I remember the blue and purple

The same on me

My blanket a small shield

The blue and purple now invade the base.

The cry of thermal underwear and hot cocoa

cannot be heard over the battle shouts of the cold.

Numb outside I am

Can I type further?

My hands freeze, begging for the embrace of the heat

My feet try to bury themselves in the slippers

The blanket reaches out to assist

The cold has already got a foothold.

The blanket begins to unfold

Under the mighty hand of the cold.

5
2
0
Challenge
I have never understood the term ‘love yourself’. What does it mean to you?

When it comes to loving yourself, ask "What does it mean to love?" Many agree that it is to care for someone or something. If you love yourself, you would care about your health. Some think "loving yourself" means to "make you feel happy." Too much of a good thing is bad for you. Just because you want to be happy doesn't mean you get yourself in serious health trouble. Eat well, exercise, drink plenty of water, keep busy with work, and make sure to spend time with friends, family, and yourself.

Think about this for a bit; The answer is not black and white.

You have two friends. One is more stubborn and cocky, while the other tends to be more emotional and easily frustrated. One day, when you get in contact with both of them, you learn that they are blocked from each other. You decide to investigate.

Who would you support? How would you handle this situation?

1
1
2
Challenge
Quotes
Tell me your favorite quote(s)/poem(s) and then tell me why they are your favorite (this part is optional. I enjoy knowing why people favor certain quotes) I mostly want to know the quotes because why not. You get to share apart of yourself with me and everyone else and so will I. I'll make an entry if I can. Make sure to tag me @Teddybear9979 so I can read your entries.

A favorite quote of mine.

"Never judge ... a book by the way it's covered; for inside those tattered pages, there's a lot to be discovered."

Too many times, superficial aspects of a person tend to be the judge of the person's worth. Look no further than the media and some groups. Why should it matter what the cover of a book looks like? This lead to Reverend Doctor Martin Luther King Jr's "I Have A Dream" speech.

One night, I saw a tunnel. I saw a multitude of colors scramble over each other. A thick veil of fog hid the end. Screams, shouts, roars, and much more rang throughout. Slimey grime covored the walls and floor. Rot and ammoniun assaulted my nostrils. As I traveled, my solitude revealed a lurking claustrophobic feeling. Liquid concoctions rested on my tongue.

At the end of the tunnel, a hole waited below a chimney. I turned to notice that the tunnel's veil disappeared. I saw agony reeling over, fear cowering along the wall, rage bellowing, joy cheering for no one, disgust making that awfully sick look, despair wailing. I slowly turned back to see an elevator in the wall, the hole filled. I walked over the filled hole to the elevator. Now where to go........

2
1
0
Challenge
Darkest Thought
Write a SHORT poem about something skewed and personal. I want to raise my brow at something. The most fucked up poem wins.

The theater at night

The Breaking of Bones

The Flood of Blood

This is why people fear midnight.

Be prepared for more responsibilities. In two years, you are expected to have a job and to have a license. Keep good friends; ones that support proper behaviors, not partiers or smokers or people like that. Start getting into the habit of waking up at certain times (If you haven't already) and handling chores. On time, every time, no excuses. Keep it and yourself clean online and in hygiene.

Just a heads-up: I published my book here, so look out for The Smuggled Cub. I hope you enjoy. Let me know what you think of it, any criticisms of it, and ideas for the next one.