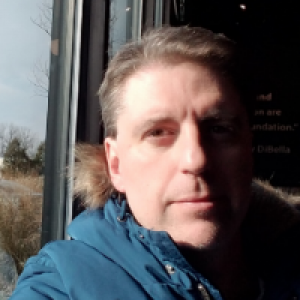 KMCassidy in Stream of Consciousness
• 211 reads

I can't help but cringe when I see writing prompts that ask the writer to "keep it clean." Other than certain rules around basic grammar, punctuation and spelling that help ensure ideas can be conveyed clearly across audiences (and even here, there is arguably some flexibility), writing should be untethered. Good writing exists at the place where creativity and risk intersect - if there isn't some sort of fear or discomfort at play while you contemplate sharing your writing, you're doing it wrong. It's hard to be honest with yourself, let alone the world, but that authenticity is what makes writing sing - the best songs evoke strong emotion, connect people and move us to action.

This is not to say that good writing has to be full of "fucks" - obscenity, sexuality, violence and the like all have their place insofar as they further the story or characterization and help the author to build a world or setting that feels true. Many a work has been criticized for unnecessary rape, for instance, that does little to advance the plot or characters and is used more so for shock value, often offering insight into the writer's social/political views on women more than anything else. But to box someone in from the start - to tell them to keep it clean in a world that is very much the opposite - seems like a recipe for the production of writing that is superficial and half-hearted. Give me the grime and the pain any day, to remind me I am real.

23
11
5
Challenge
Words To Live By
What is a favorite quote (or quotes!) of yours? Why did this stick with you? It can be a famous or just some wise words from someone you know. Any format. Tag me!
SmartAlex
• 16 reads

"When life gives you lemons make orange juice, and have them wondering how you did that."

7
3
2
Challenge
Words To Live By
What is a favorite quote (or quotes!) of yours? Why did this stick with you? It can be a famous or just some wise words from someone you know. Any format. Tag me!

Something I've found true in my life, and I have no idea where I heard or read it first.

Life is what happens when you had other plans.

9
2
3
Challenge
Words To Live By
What is a favorite quote (or quotes!) of yours? Why did this stick with you? It can be a famous or just some wise words from someone you know. Any format. Tag me!

"The ocean gives back what the ocean is given."

Wise words from a wise grandpa.

My daughter is learning how to use her words. She's almost two, so her speech is still pretty fragmented. As of late, she's been grabbing her stuffed octopus and shoving it in my face while yelling "PISS!" at the top of her little toddler lungs.

7
3
1
Challenge
Losing
Write about something you spent hours or days on and you ended up failing.
WritesSy
• 37 reads

I spent a month building a beautiful cabinet for our kitchen.

A month of sanding, sawing, and painting, repeating "measure twice, cut once" because my last project had finished after multiple trips to the hardware store for more wood.

And I was done.

I mounted it in the kitchen and asked my wife what she thought.

"Did you measure it correctly?"

My wife stretched out on tip-toes, fingers swiping just shy of the iron handle.

"Did you measure ME correctly?"

6
2
4
Challenge
Fear of the water
create a short story using this lines "I've been tryna swim with both my hands behind my back/ My dear, I always feared the ocean"

Did you know that I knew too?

That summer you told me that you loved me. You said this would your eyes shut, afraid to see my response. Afraid that our friendship would be over and that would be it.

Then you opened your eyes and looked into my eyes. And you saw love there. And our friendship didn’t end. It shifted. Two 18 year old children pretending to be adults. I became pregnant a month later. We had plans for college, to get out of the little South Dakota town in the middle of nowhere. To go see the ocean even though I’m terrified of water. I still wanted to sit in awe of something so big, so full of life, so unknown to us humans even now.

But my stomach began to balloon, and my little 18 year old self knew what was to come. We decided that you would go to college finish your time there, get a good job and come back for me while I stayed with my family taking care of our baby.

You went off to your dream, and I put mine on hold. You called every night your first 3 months. You’d come home every other weekend, starved to see my face to se our baby. But then, it changed. You began to call less and less. You didn’t look so starved to see me and the baby. I’d cry to my mama

every night and then one day I stopped hearing from you altogether. Your family wouldn’t say what you were doing why you stopped calling. I didn’t even know when or if you ever came home.

The baby’s due date came and I prepared to be a mama myself. Alone. The doctor came in and gave me the news that was more devastating than you leaving me. She could not hear the baby’s heartbeat. I hadn’t even named my baby yet. I pushed all the lifeless life out of me.

She was a little blue ball of mine. Perfectly in a ball waiting for me

to hold onto what would’ve been a whole life together. I can’t explain what happened after. The sky opened while I held my little girl. I named her Alina. A musical name for a beautiful possibility if what “could’ve been”. The sky poured, while I rained down my heartache. Life isn’t kind at times I think.

18 year old me decided it was time for college. I packed my old room and my worried parents watched my little pickup become swallowed by the horizon. You called me some years later asking to meet me and ask about our child. I didn’t answer at first bEva use you do not deserve to know anything.

But I was graduated living as a young professional working real estate on the banks of North Carolina. We met on the beach, and I told you that you weren’t allowed to speak until I was finished. You were thinner Than I remember, tired looking and sad. I felt no sympathy. You closed your eyes afraid of what you would see.

This time I told you to open them during what I had to say. You did and you cried the whole time I spoke of what was and what could’ve been.

You began to apologize over and over again. You tried to explain yourself. But I wouldn’t let you. I don’t regret that. I don’t want to know. All I heard from you was that you were young and stupid, and made huge mistake.

i left you weeping on the beach next to an ocean I had always feared yet was in awe of.

I’m 40 now, and I think most of my life I’ve lived in fear of what I don’t know. You never reached back out. But I sent you a letter last year because I felt you should to know our baby’s name.

And I summed up our time together in 2 sentences:

"I've been tryna swim with both my hands behind my back. My dear, I always feared the ocean.”

I still fear the ocean. I wonder about my Alina and the life she could’ve had. but now I dive into the current of life regardless of fear, knowing the whole time that having fear doesn’t make me a coward, living and never trying does.

10
3
4
Challenge
Write a poem about something in your past
It can be sad, funny, a memory, anything from your past

Reflections on a Lake

On the Waccamaw, the water doesn't have a color.

It becomes a mirror, reflecting every shade of autumn,

every cloud like tangled sheets against the wind's ripples.

And as if the river is a ballroom built for queens,

tadpoles dance around each other in perfect harmony,

until the plop of a bobber echoes between the trees,

and a young man gets a Saturday morning catch,

Down, down, into the sea,

Someone’s pulling me in

To a world called underwater.

It’s not hard to breathe anymore,

The sea, she isn’t salty or sore

Yes, she is divine.

Taking me to the deepest depth,

She has found her place in my breath

Caressed by her mighty tides,

I am not afraid of my life anymore,

Now it’s time to discover the skies underneath,

Many more blue skies waiting just for me.

the world screams louder at night when it thinks no one is around to hear it. three rabbits in dying summer thrush, cold skin of rubber stretched sky, told me she was wearing herself thin with all this beauty she gives us. uncountable pale stars thrown across the chasm of night, in my dreams i reach out and rearrange them. there is not much meaning in their fatigued decadence, not in the waking world. twilight swam in my bloodstream, told me how to dream, and i let it drunkenly puppeteer me, lap at the edges of my mind.

i awoke a character, a falsity. an unstable tower of lies once told and lives once lived, the windows open in my chest letting in a shuddering snowfall. and if the world falls apart tonight, will i fall with it? would i let myself? i am not the kind cut out for poetic calamities, the dramatic undoing of things. if i fall there will be nothing to say of it but shattered glass and crumbling cement. i will be what the weeds adore on abandoned street corners. i am only loved by the things that fester in secret. there is nothing pious about the temple of my body. no one prays here. on sunday nights i slow dance with silence; she’ll leave herself in my throat, be all i can say for days. only the records twirl in this stupefied slush of room. only the stars dance above the veil of ceiling.

i am a map of all of the things that have ever clung to me, and still i lead nowhere. still i am lost when i drive at night. i am better off unexamined, unexplained, unworshipped. i am better off without this light shone on me. turn it all off, and quickly. you don’t want to see more of this.