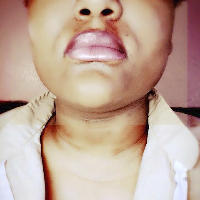 Follow
Carla_Galva
The story of me...Hmm, Let's see...Well, nothing more I can say here, really, except that it's not finished. I don't think it ever will.
2 Posts • 6 Followers • 1 Following
Posts
Likes
Challenges
Books
Challenge
The last time you saw her...

The last time I saw her, she was made of diamond, so beautiful yet so unapproachable, so mesmerizing yet untouchable, so rigid, so dispassionate. She was hard like steel, I broke my hand when I tried to reach into her. It hurt me to learn that not even I had access to her. No matter the memories we shared, no matter how long the nights were where we poured our hearts into each other's hands, she still saw me as she saw the rest of the word. In the end, I was still kept outside of her, I was not permitted in. She didn't even open for me. The one person who she once let see right through her.

7
3
0
Challenge
She was beautiful but nobody saw her...

She was told that she was beautiful but nobody saw how much she didn't believe it.

She cut herself to feel something, to feel pain because the world around her was numb to all types of beauty and only regarded one. She hated being told that she wasn't beautiful enough for this, so she had to change herself. She was beautiful for this but not enough for that.

She was told this so much that she started to feel the words in more than just chest, her heart, her skin.

She wanted to rip her skin off, she was stuck on not being enough yet she was still beautiful.

She was stuck on what she was limited to but not what she dreamt of becoming.