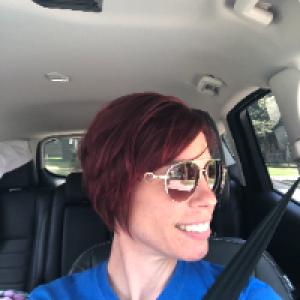 Follow
DebraSue
Horse lover, daydreamer, cupcake baking fool. Oh, and I write, too!
17 Posts • 40 Followers • 5 Following
Posts
Likes
Challenges
Books
Challenge
If there was one place you could explore
In 100 words or less, describe a place you would want to explore. Doesn't matter what or where. Although this challenge is set up as a Monarchy, I will choose the winner based on the amount of likes as Prose has had in the past difficulties in determining a winner with likes on its own merit ... but be sure to tag me as I want to read your entries as @Danceinsilence in the comment box not inside the post itself.

DebraSue in Stream of Consciousness
• 18 reads

The one place I’d explore...

would be the past. I would jump in my time machine and start in the 1920's. Of course, I'd only stay for a bit, hitting up a few swing dances and a speakeasy. Then, I would travel to the 1950's. The music and the morals of a time where people spoke decently in public would be a refreshing change of pace. No era was ever perfect, but we can easily take for granted the times where we thought things were tough. Note to self: twenty years from now is not looking too promising.

We all have our quirky sayings

-Anytime someone asks me for a spoon, I feel the need to quote Robin Hood: Prince of Theives - "Why a spoon, cousin. Why not a knife or an axe?" Drives my husband crazy.

-I try not to swear, but when I do it usually comes out in the form of "Holy Catnip!"

-Think I might have picked this one up from my brother-in-law (or vice versa): "Snappadoodle"

-My favorite saying - "Absolutely Not!" I use that one more often than I realize, or so I'm told.

If we were to meet again, my heart would skip a beat at the sight of your face. I would know it was you by the blue of your eyes, the crookedness of your smile, and the scars I so deeply inflicted.

If we were to meet again, I would hope you would embrace me like we did so many times before. I wouldn’t deserve the warmth of your skin next to mine, but I could only hope for one last reminder.

If we were to meet again, I would tell you how my life had changed since we parted ways. And oh, how it was so much better without you in it.

2
1
1
Challenge
A True Funny Story
We have all had something funny happen in our lives at some point so write something that happened in your life either to you or around you that was funny or funny in an interesting way. I'll start it off but keep it at 150 words or lower.

We met for the first time at a putt-putt course. As with any blind date, I had my gang of girls putt-putting right behind us. Awkward? A little. Especially when my sister and I look like twins. What if my date found?

That wasn't the worst part. After putt-putting, I excused myself to the bathroom where I met my sister. We chatted between the stalls and I told her that we were heading to Starbucks for a drink and I felt safe enough that they didn't have to follow. That's when it happened.

I tried to unlock the stall door but it jammed. I was literally trapped in the stall, my sister laughing hysterically. I was laughing uncontrollably as well.

Long story short, I had to crawl under the stall to get out and ended up never telling my date the story. It will be one for the memory books.

10
4
3
Challenge
May the 4th be with you
Are you a Star Wars fan? If so, tell me the fondest memory you have of the franchise.

So...I'm a bit of a Disney fan. When they came out with Star Wars: Galaxy's Edge at Disney World, of course I had to go check it out. AMAZING! They did a phenomal job replicating many scenes that one would imagine running into if Star Wars was real. I truly felt I could run into Hans Solo at any minute. I even got to pilot the Millennium Falcon - who could have ever imagined! We landed safely, just in case you were wondering.

Long story short, I grew up with the original Luke and Leia. Watching these new movies come to light is great and all, but being able to actaually participate in these attractions, like watching the Imperial soldiers march through the town....whoa! Terrifying and exciting all at the same time. A must see for a true fan.

2
1
2
Challenge
Horse of Dreams
For all of those horse people out there, create a horse of your dreams or better yet known as a heart horse. Any style of writing is permitted, please tag me!

Technically, I have already been blessed with my heart horse. She arrived in my life just when I needed her most. Bay and beautiful with just the right amount of chrome, her and I have become soul mates over the past six years - she would do anything for me and I would do anyting for her in return.

There are only two things I would change in regards to my wonderful partner. First, I would love to carry on a coverstaion with her. I have a feeling she would be slightly sassy with a touch of a teenagers attitude, but there would always be love in her tone.

Secondly, as any horse owner who cherishes their time with their mount, she would have her own room in my house. There is a comfort when she is near and although it may get messy, a perfect world would also include the perfect horse-sized bathroom just for her.

3
1
3
Challenge
Favorite Disney Movie
What is your favorite Disney movie? It can be episodes too, like The Mandalorian. Please describe why you like that move/episodes as well. Or do you just have a favorite part? Please tag me :)

Tangled, in my humble opinion, is great twist on the romantic tale of Rapunzel. In this upbeat musical, I find myself connecting the most with the character of Maximus. Yes, the horse. He reminds me so much of a horse I used to own. His expressions, his personality - I could totally see my horse in a duel with someone he didn't like.

I thoroughly enjoy the music as well as the strength of the main character. Nothing was going to hold Rapunzel back to finding out about those lanterns. I admire her determination and (spoiler alert) I love her hair at the end!

2
0
2
Challenge
Equestrian
all you equestrians out there, write a poem or story about an event/ something horse related/ a horse. no bad words. not super long, no bad words or anything like that.

His Name Was Indie

After eight long years, this was the straw that finally broke the camels back.

Indie was just shy of 16 hands when I bought him as a three year old. Who was I kidding thinking he'd stay in that size range. No, not Indie. He surpased both his parents and at the ripe old age of 7, my Hanoverian gelding had finally maxed out at 17.2 hands.

It had become a tradition, and a bad one at that, that every year Indie would decided to spook at random objects or sounds and buck me off. I'm a decent rider and all, but let me tell you, there was a lot of muscle in that dressage caboose.

He and I had a love/hate relationship. Indie won me the title of Reserve Champion for Region 2 USDF and even won me a trip to Germany to train at one of their farms (another story for another day).

But on a warm day - April 29, 2013 to be exact, Indie decided I was no longer necessassary as a rider on his back.

I can't tell you much more than that since I remember nothing from that day, only what my parents remember seeing during that fateful ride. I was knocked unconscious as he bucked unrelentlessly, bouncing around in the saddle like a rag doll before even hitting the dirt. I didn't know my name let alone the date, but the hospital sent me home anyway. Apparently, I was a difficult patient. After fourteen weeks of labored breathing due to severely fractured ribs, I knew Indie had to find a new home.

Don't worry, this story has a happy ending. Thankfully, a lovely woman thought him to be her perfect dream horse, and to this day he leads a wonderful life with her in Florida. And I, well I have a fabulous 16.3 hand Hanoverian mare named Bellatrix. She is my dream horse.

3
2
2
Challenge
It's time for another fun challenge, Creating New Nursery Rhymes. See the description.
This time, give a nursery rhyme a completely different spin. Try to keep it short or at least within the words allowed. Best one wins the Crazy Nursery Rhyme Award. So get original, get creative. To get an idea, I have done three for you to check out. Have fun with this!! But I have to add that you must tag me as @Danceinsilence in the comment box. Not doing so will disqualify your work.(Leave the profanity at the door. And nothing overtly sexual.)

Humpty Dumpty sat on a wall

All of his trousers and all of his sets

Could only fit him and his little omlettes

9
3
6
Challenge
Toy horses
tell me everything about your favorite toy horse. it can be a list, a story, a poem, whatever. no bad words.

I was a child of the '80's. You could call me one of those lucky gals who was blessed with a family of Cabbage Patch Kids - Golda, Dean, and Zelda just to name a few. But the best part of my collection was Shaz. He was my Cabbage Patch horse that came fully equipt with a saddle and bridle, ready for all to enjoy a ride about the house. My horse was white with light grey spots and I chose to name him Shaz after my own grey pony who I loved dearly. The stuffed Shaz sported cheerful facial expressions and braidable mane and tail, which is apparently every little girl's dream.

I am not ashamed to say I still have Shaz. The stuffed one that is. He is safely tucked away in a sealed tupperwear container in the basement, waiting to be pulled out and enjoyed once again. Having no children of my own, maybe someday when my niece is old enough, I will pass Shaz on to her where he can bring joy and smiles as they gallop around the house together.