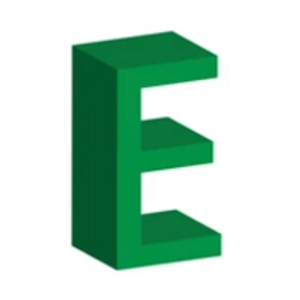 Follow
Ellier1002
probably either drinking coffee or asleep
15 Posts • 53 Followers • 9 Following
Posts
Likes
Challenges
Books
Challenge
Write a Poem that experiments with form or structure
Bullet points, indentations, spacing - put it in the form of a letter or in the form of the subject your speaking of. Anything that breaks away from conventional stanza formatting.

-- I’m sorry that your nose is too big

that goes all the way down

to the lack of bone

-- I’m sorry that your stomach is too round

with little rolls that poke out

in all the wrong places

when you sit incorrectly

or let your back slump forward

so that the tears may fall to the ground

-- I’m sorry that your eyes are too brown

-- I’m sorry that the jagged lightning running down

and that the muscle thatgrips your thighs

to fit your EXPECTATIONS

I never will be

6
1
2
Challenge
Paint me a picture of someone you’ve loved.
Describe someone you have loved using a metaphor or a similar and write it in 3 sentences

eyes are the windows to the soul.

The most prominent thing about his otherwise average face was his eyes. They glistened like azure stars, sapphires so delicate to look at them for too long may make them shatter. Eyes you could get lose yourself in; but then again, I really wish I hadn’t.

4
0
0
Challenge
In 100 words or less, describe a life changing scene or situation (wedding, birth, death, leaving home, etc...) without mentioning what the situation is.

Life has a nasty habit of disappearing

So I accepted the car ride. Even though I knew he had been drinking. After all, I could taste the sour liquor on his breath as I kissed him. As he shoved his slimy tongue down my throat, so deep I thought it would lick my heart. But I didn’t care. I knew I should, but I had wanted this for so long. Imagined him, imagined this. So I got in the car. And I watched, with a quiet combination of interest and fear as we careened towards the pole, the icy road slipping out from under our desperate wheels.

7
1
0
Challenge
Combine two songs
Combine the lyrics of any two songs of your choice into one and give it a new, creative name. Here are the rules: 1) You may choose only two songs. 2) The songs you used must be listed at the end. 3) The more creative, the better chance you have of winning! 4) Have fun!!! :D

How could this be done?

By such a smiling sweetheart

It started out with a kiss

And I'd been doing just fine

But now I gotta gotta be down

Because I want it all

Oh, your sweet and pretty face

In such an ugly way

But every time I look inside

I know that she knows that I'm not fond of asking

True or false, it may be

She's still out to get me

I may say it was your fault

'Cause I know you could have done more

And my stomach is sick

And it's all in my head

But she's touching his chest now

He takes off her dress now

And I just can't look, it's killing me

But it's just the price I pay

For opening up my eager eyes

"Naive" by The Kooks

"Mr. Brightside" by The Killers

2
0
0
Challenge
Lemon Eyes and Perfect Lies
Two of my favorite themes to use, now I'd like to see others try it. How do jealousy and deception pair together? Poetry is preferred on this one, but any format is okay if really needed. Don't forget to tag me in the comments.

You paint such a pretty picture

with those lemon eyes

but little do I know

they are just a sweet disguise

a second of rapture

a moment on the lips

wrapped round those fingertips

4
1
1
Challenge
Heartbreak.
Tell me something heartbreaking. Poetry or prose, fiction or non-fiction. Winner will receive a spotlight. Tag me in the comments if you want feedback!

I just always seem to say I am

I’m not even sure why.

I know why I'm tired

as the words pierce me through and through -

gushing down in an endless torrent

As we sit there, waiting for the other to speak

Whispers of worry crawling to my ears

That I’m not good enough

That I don’t deserve anything.

The tired seeps in my bones

It permeates my skin

Until all I am

So there I was ... staring into your bright blue beautiful eyes as we drove down the desserted highway. The bitter taste of my betrayal seeping deeper and deeper into my skin with every breath shared in the cramped interior. But you keep driving, eyes staring down the dark path, unaware of the battle being raged beneath my paper-thin skin.

8
3
1
Challenge
Really Cool Words
I am a lover of really cool words so I have a collection of them, and I am always looking for new additions...for this challenge please select a cool word that you like. It doesn't have to be super long to be interesting, it could be the way it sounds or just an intriguing definition. Then write the definition of the word and why you like it/chose it. This one is a monarchy, and please tag me in the comments. :)

I guess I just like the idea that there is stuff beyond me.

Objects and beings and beauty that I cannot begin to comprehend.

My mind, limited by its humanity.

I like the way it rolls of the tongue

and off the corners of my consciousness.

I like the way it makes my toes grow cold

as my mind careens forward, trying to catch up

to something, anything, that I will never know

I like how it makes me want to leave my mark

Maybe I just like the way it makes me hope

for new sciences to be discovered,

new solutions for the pain and sadness that consume our

7
4
4
Challenge
I to You
Come up with a fifteen-word story that starts with I and ends with YOU! Be sure to tag ME! @lexicon

I wonder why I keep coming back, why, despite everything, all I want is you.

13
3
3
Challenge
How do you want to die?
You are given the choice of your death. What do you pick? Why? Does it work out the way you hoped it would? Tag me in the comments.

I don’t have much experience when it comes to death. My grandfather on my father’s side died before I was born. Funny, isn’t it. He lived through a war, through battles, through heartbreaks, through pain and joy and anger, only to be brought down by his own body.

For my grandfather it was his heart that gave him away. The treachery of his own organ was his inevitable undoing. He had the first attack at 49. Far too young, far too early. But he survived. It was the second one that took him. 69. 20 years later. Long enough to watch my dad grow up, to watch him begin to take shape into the semblence of a human being. My dad was 20 years old when he lost his father.

My dad had a heart attack at 53. The betrayal, as it turns out, was not due to the smoking, or high blood pressure, or multitude of unhealthy habits my grandfather had. No. Genetics, their own DNA was the cause. Undone by the essence of their being. But he survived.

And they pump him full of pills and treatments and strategies and appointments. But he is still my dad. But for me, the thing that changed most is what I fear. I fear history. I fear DNA. And I wonder if I will have 20 more years with him.

Inevitably, I’m going to die. One day. One day I will stop running and singing and jumping and writing. But until then, until my life is taken from me, I’m going to close my fingers tight around every moment of existence. And death be damned, I choose to live.