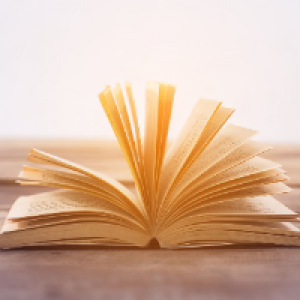 Follow
EmJayBarnes
Even if you aren't a great writer, write until you are. And if you still aren't, at least you had fun.
15 Posts • 121 Followers • 259 Following
Posts
Likes
Challenges
Books
Challenge
Challenge of the Week CCX
Write a poem about kicking in somebody's teeth.

I plead, I bargan, but all for naught,

Features may betray as blithe,

Beneath my laugh I wriggle and writhe,

I love this man, but becoming fickle,

Refusing to cease this unending tickle,

It could not be helped, since I laid on my back,

1
1
2
Challenge
Challenge of the Week CCII
You somehow wake up as your opposite gender. No warning. Describe your day to night. Fiction or non-fiction, poetry or Prose.

This morning was quite alarming,

When I abruptly wound up harming,

My hand by slapping the clock harder than I had before.

Confounded and in a panic,

In that moment literally feeling 'manic',

As I realized my body was not as it was before.

Then I realized, here is a chance,

Today I will wear the pants,

Much more literally than I ever have before.

Thinking, dressing was so simple,

Without makeup, my free-time tripled,

Got to eat breakfast and even seconds, and I never had before.

Walked out to my elevator,

And politely I greeted her since I hadn't yet before.

She eyed me, nodded, clearly wary,

I was a man now, it could be scary,

To be alone with one, as I had learned before.

The simple pleasures of just being,

No more catcalls, or zigzagging streets like every day I did before.

Men passed by, no sneer or creepy smile,

But the poor women all meanwhile,

Clutched bags, high on alert, as I would have done before.

Just a no-name at my job,

But as I to grab my drawer knob,

I was promoted to the position I had applied to a hundred times before.

Who would first take out new secretary Alice,

It reaffirmed why I had never attempted to have her job before.

After work I walked back step by step,

My delight had lost much of it's pep,

I really hadn't seen the extent of what I'd put up with before.

In my bed I tossed and turned,

I thought of all the things I'd learned,

Perhaps ignorance was bliss, it had hurt me less before.

Once again I felt a change,

My body began to rearrange,

My emotions rose, I wept tears for the degradation I'll face forevermore.

4
1
2
Challenge
Challenge of the Week CCI
You made the cut and are safely on Mars in your domicile, week 1, staring at the red landscape. On Earth, the certainty of Doomsday made you feel lucky to make the draw, yet Earth is still there. You can’t return home. What's ahead of you? Fiction or non-fiction, poetry or Prose.

Teeming, originating out of sheer survival,

Yet viability trumps parallel to conflageration,

So long as marks made here left less impression,

Than the ones pressed into Earth so deep,

3
1
0
Challenge
Challenge of the Week CLXXVI
A Happy Memory. Fiction or non-fiction, poetry or Prose.

The best childhood to give,

Daring to believe that fairies live.

Magic warms you belly to heart,

Leaving would simply tear one apart.

Where else is high school a palace?

Scent of rain needs no candle nor wick.

Circus of elephants in a large dome, Walking down streets, feeling at home.

Growing up one long memory of good,

Tacoma, you'll always be my neighborhood.

12
1
6
Challenge
Challenge of the Week CLXXV
Boundaries. Write about setting them, failing to set them, crossing them, or something in-between. Fiction or non-fiction, poetry or Prose.

The shyest gal west of the Mississippi,

It was impossible to sit and stay,

Praying that this day she'd have luck,

Not to cross paths with Travis.

Sputtered to a stop in the field,

Laying out posts and barbed wire,

Arranging the pattern while she kneeled,

The faint hum of the KTM found her,

Pulse matching the engine so near,

Driving home was simply not an option.

The tobacco scent gave away her rival,

It was Travis, and he was hell-bent.

"Sugarplum!" He drawled, spitting at her feet,

"Take a break with me by the lake."

Grabbing a sledgehammer, she ignored.

"Sweetheart." The tone was impending,

Ironic, he was why she needed mending,

Courage mustered, she shook her head "no".

My what a fantastic, freeing feeling!

A new movement not once used,

Barks of laughter as he asked once more,

Insistence up, would "no" be her demise?

Strength returned as she stood her place,

"No!" She swung the sledgehammer down,

Others heard it four miles away in town,

But perhaps Travis lacked his senses.

He dared repeat what he already said,

Many times that day, and others before,

Made her so mad she slammed the lead,

Using this power she rushed on and on.

Each slam of the hammer resulted a shout,

"No Travis, no messing anymore!"

Shocked at fence length, over a mile,

After her outburst Travis had left soon,

Smiled despite ache and exhaustion.

The no, spanked out as a wee child,

Found it's way home to her instinct,

Throw off halter, built her own boundary.

8
0
0
Challenge
Challenge of the Week CLXXIV
Toilet Paper. A boring commodity, or a precious resource? Let's see what you can do with such a mundane prompt. Fiction or non-fiction, poetry or Prose.

When she was but a lass,

In the moonlight there she hung.

Til one day, t'was realized,

She scarcely could be found,

All that once had mocked her,

"How dearly we miss her so!

Her body petite and slim,

Surface soft and white as snow!"

Than they were before she came,

Her touch was a comforting whisper,

And Charmin was her name.

Until one day she came back,

But not enough to go around,

Only the toughest stood their ground.

Victors took her home and placed her,

A queen next to their porcelain throne,

No longer a plaything by teenagers thrown.

12
0
3
Challenge
Challenge of the Month XIII - April
The End. It's over. SARS-CoV-2 is no more. We emerge from our shelters. What do we see? What have we learned? How will we change? Fiction or non-fiction, poetry or Prose. $100 purse to our favorite entry. Outstanding entries will be shared with our publishing partners.

Pale faces stretch forth into sunlight,

Earth cautiously sighs winds of relief, "It is over!" chorus the sea of humanity,

Flame of plague burned out in disbelief.

But what lingers behind smells foul,

As unseen as the minuscule germ,

That merely days before resided there.

Smiles abound but only on masks,

For we tremble fearful beneath,

But the virus, distrust has bequeathed.

Tree of brotherhood sours and rots.

Silent rush dominos, just as it had before,

Each resume abiding within their worn abode,

Not the apocalypse seers envisioned,

But a fate worse than visit from reaper,

6
1
4
Challenge
Challenge of the Week CLXXIII
The Antidote. To what? Anxiety perhaps. Or loneliness. Or some other poison. Write about an antidote. Fiction or non-fiction, poetry or Prose.

What a fool is a man who inquires,

"Where can I find happiness?"

As his child slumbers in his arms,

Yet we are all dense, hypocrites,

For who among us ages untainted?

We often hold the antidote; truth

Yet most let it spoil, sit unused,

Truth sets free only those who seek,

Though forsaken, verity will ascent victor.

21
3
9
Challenge
Quotes
Tell me your favorite quote(s)/poem(s) and then tell me why they are your favorite (this part is optional. I enjoy knowing why people favor certain quotes) I mostly want to know the quotes because why not. You get to share apart of yourself with me and everyone else and so will I. I'll make an entry if I can. Make sure to tag me @Teddybear9979 so I can read your entries.

I can honestly say I never thought of all quotes, my favorite one would be from Men in Black, but here we are. This quote shows to me how little we actually know, but it's comforting because it simultaneously makes me feel that anything could happen, we just may not yet have the knowledge to understand that yet.

15
3
4
Challenge
Challenge of the Week CLXXII
Isolation. Fiction or non-fiction, poetry or Prose.

Insecurities fade, fast as a tan,

I tossle his hair just to peek at the silver patch,

The one he used to hate, to pluck and oppose,

Kiss his smile, makes me smile,

But more than touch, a true ,

Eyes need not shift in his direction,

Words spoken in a silent tongue,

Next moment is cold, unforgiving,

For this hole punched out, allows only one key,

That key changed its form,

By the cheapest locksmith,

Dirty trick old friend, or whatever you became,

People pass by my vision,

Nobody to give thought of but myself,

Is a miserable existence, is isolation.