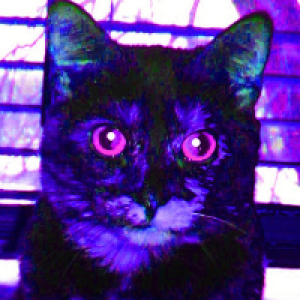 DaveK in Stream of Consciousness
• 8 reads

the look of steel trash cans

with that little streak

The eyes of some

Of what you don't know

And I always seem to miss

The things I almost saw.

To the sound of applause.

And wish you remembered

But still brag about

Send me a trash can

To hold the remains.

The half wilted moments

I think they call it life

Melvin_Buckets in Stream of Consciousness
• 5 reads

I won’t know what they mean

And hope for things unseen

But I can’t hear them sing

No birds, no bees, please

I can’t take the sting

7v7 in Stream of Consciousness
• 20 reads

We'll pick dandelions from the cracks

of the walkway out back,

And toss straight water from the tap,

If you'll only wrap yourself around

I hate you with admiration

I could have never

3
2
2
Challenge
Rejection
Non-rhyming Poetry Only. Write our your feelings the very last time your experienced rejection.

5th grade, I was a hopeless romantic wanting someone to love me for my weird self. I saw a kind boy, tan skin, dirty blonde hair turns brown by winter. His brown eyes glimmer around his friends. He played sports and I watched movies. He was popular and I was quiet. I wanted to tell but was too scared to give it right to him. A letter was passed to a teacher and then passed to him. Later I told him it was me, he giggled. But, he never did anything else. No talking til he asked me if I voted for him for student president. Boasting about a girl liking him but not take a chance on her. Such a great feeling, my own feelings can get confusing but all I felt was sad and annoyance of others. I never wanted to be in my room so bad. My hole is my home and it has been for as long as I can remember.

2
1
1
Challenge
Rejection
Non-rhyming Poetry Only. Write our your feelings the very last time your experienced rejection.

Take It From A Worn Heart-Sleever

When I was a child petty jealousies felt like valor;

Into the wild wolfish woods of intriguing self doubt...

How noble it was to be deemed ignoble

By caviling eyes, so crossed...

But what in myself was any good without their bad opinion?

Anything of real goodness in me longs earnestly for rejection of the unsuccessful;

Recognizes the necessity of it,

Even now, after knowing how wholly villainous Rejection is;

How easily it mangles sweet innocence,

What an epitome of conscience bearing it is,

To be a dreamer, overlooking the

That reveling peak of loneliness

Beckons me nigh to teeter at it's terrible summit

Aloft to that high place where it is so brazenly tempting

To think I can fly.

But rejection is the very ground on which I stand.

The cliff that I have clambered up in my haste to be closer to truth.

Are we all this way

When unwittingly pulled to a precipice of change?

To fie and thrash blindly against the foe of growth...

Only to cling forthwith to thine same enemy

Backwards upon the wretched declivity of mistaken conviction...

On the cusp of hopeful stupidity the foot touches nothing

But a fickle memory of a fantasy cloud;

For 'tis then when the soul clutches to it's bodily senses

The same way a babe clutches; imbued with the urgency of survival,

And gives the name of mother to anything it grasps...

And label the jagged cliff friend.

For it is the only one here who can rescue the child from it's own false footing.

This is the color I choose

To color your roses

And to run away

It's time, I saddle my horse

I decide to make my peace

I send a letter, to say

This was never my intention

I took some poison

So, into my insanity I descend

And then she says

"I will be with you in the hour"

1
1
1
Challenge
Rejection
Non-rhyming Poetry Only. Write our your feelings the very last time your experienced rejection.

My light and your Icy face

Your blank stare pushes me down

Down to the emptiness of my soul

And as I spray my last rays of light to you

Your icy face reflects back,

passing through my holes

Pointing to the true longings I should have sought

What is behind me I cannot see

What is ahead of me is only agony

I miss my shell

I want to go back to my cave

and Find myself again

4
1
1
Challenge
Mental Breakdown
Write me a poem that is random or chaotic that describes not being mentally well. Like the song, Talkshow Boy - I Cut Myself (Shaving).

No one was hurt but me.

No wonder no one will sleep with me.

Who keeps exploding my head?

How volatile are its contents.

Not much will set it off.

My head has always exploded at night,

Waking me up with a start--

Now it's exploding in the daytime

For no reason at all

With a perimeter of collateral damage.

Fabulam in Stream of Consciousness
• 19 reads

I don’t need beautiful things in these hours,

I have no more sand in my hourglass.

Today do not send flowers.

My sister will love them to her let these comforts pass,

I don’t need sympathies in these hours.

To my family such a thing empowers,

To me do not send flowers.

For today one last time my loved ones amass,

I don’t need decorations in these hours.

In a bed sealed by bronze and grass,

At this time do not send flowers.

For now, I reside in a peaceful morass,

From you I need nothing else after these hours,

So please to me today, do not send flowers.