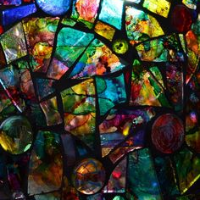 Follow
HazardRabbit
28-lady
228 Posts • 349 Followers • 1.6k Following
Posts
Likes
Challenges
Books
Challenge
Challenge of the Month XVI: July
World Stage. You have the entire world's attention and can say no more than 1,500 words. What say you? Fiction or non-fiction, poetry or Prose. $100 purse to our favorite entry. Outstanding entries will be shared with our publishing partners.

What you are looking at is real, and not real. What you see is the human condition. Both good and bad. Ugly and beautiful. What you see is greed, rage, love, compassion, confusion, delusion, rude, weird and mysterious. This is the stage we dance on, fight on, sleep on, work on, play on, cheat on, laugh, cry, and reflect on. We write the parts and fight for the parts and dance to the parts willfully, unevitably, and with our mortatily. We are born to die first and foremost. And then we are born to share, entertain, inspire, help, hurt, teach, destroy, and conquer. This is our human condition. We are not perfect in our standards we made because we made them. But we are beautifully unapologetically flawed. At the roots of our trees we are all the same, because we all want the same thing. We all want to be loved. Even if some of us don't know what that means or how to accept it, you want it. How to get it is simple really. You just have to give it. I like to think life is a movie, it runs a good story and is over. Make it worthwhile to watch. And if you prefer to be a bird and just observe, there are people who like to birdwatch too. But please, stop. Stop thinking life is about materialism. Objects are not living things, they can't relate to you. But other people can. Life isn't about division either. Unity comes from accepting differences, like not having the same view point. Cherish people who have different perspectives. And respect those who have concrete beliefs even if they seem old-fashion. We aren't living a one dimensional existence. Life isn't about proving who knows the most facts either. Because what are facts? Science for example is always changing and evolving, so know one can really ever know anything. All science is is theories. And maybe life is one big theory. Most importantly, stop pretending other peoples experiences are your own. Live your life based off of your life, not from reading or watching someone elses. The world is much larger than what we can view from looking on a screen.

When the night bleeds in

Soaks up the sun

Of dancing in beams and rain droplets of love

That glowed like a spark in the shimmers of a heart

From a person who once held it together

To talk and talk

I’ll walk away with no regret into the solemnness of the night.

If I could look out my window

And see tangerines on trees

If I could look out my window

And see people breathing for me

You could say I would be happy-momentarily

The constriction, the restriction

My body has betrayed me

Brought about nightmares in stars

And blackholes and fire rain

And chains garnished over my lungs

Until I can’t talk anymore

The air inside of me has no where to lie

It won’t go through the veins, the branches

My tree of life

I am destined to die, one last breath-is a troubled breath of mine.

As empty as her heart

She looked out of window into the bleak reality

The kind that loses itself in a glass labyrinth, swinging hammers

She has a wedding cake saturated in blood

And a dress drenched in tears

He was never really present, but only he was--just a long and lonesome glare

Disapproving of her greatness-to him she was worthless

She looked out of her window, except she saw nothing because nothing was there.

Mothers are apologizing for their mistakes

Through the lens of a camera

No time but all the time-here’s your TV dinner

The salty taste of neglect

Have to get away from it all-the chaos of forgiveness

Paranoia beyond the normal dose

A schizoid is no longer alone

Everyone is an invited Peeping Tom

(Don’t let them dictate how to raise your children)

Documenting your life to debunk their suspicions

While confirming you are just as insecure as they are

Phone in your hands, instead of their flesh

Stop giving them what they want

They are all distant from the facets of reality

Under the spell of blue light

Sorry to the world-why do we care?

Better yet-why do we share our most intimate moments?

Is the world a stage?

And then it hurts us-

As if their words of judgement were weapons-

(The dictionary is the hitmans handbook).

But you love it. You crave the attention

You hand them your house keys and then cry victim

Do we honestly owe them ourselves-share our family albums

Mother Nature has no reservations to tear herself apart

How about the child who wants to see the color of his mom’s eyes?

To feel her touch

To have her face and not her back.

Nothing but a lonesome memory- a “knock-knock” without a “who’s there?”

Do not let strangers climb your family tree.

They were never welcomed-at least not to me………

Maybe I was the center of something, the eye of the hurricane

The world is your oyster after all

But it had grown too tight, a corset constricting my breathing

Pruning it religiously-I was its groundskeeper

And you were the selfish lemonade drinking owner

But what did that matter now?

His idea of romance was madness-I always knew it was-

The maso/sado dichotomy of monogamy had grown stale.

The demands of social conformity came at a hefty price, more so for him than I.

But nevermind that now-my suspicions were confirmed after I found out the skeletons he kept denying were actually there in his closet-after the police raid.

I had to leave the jaded soils I once proudly marched against-my exit was blinking-and the shelf life of those bulbs were about to short-circuit.

Life Is Love Lied To

Life Is Love Lied To

It was when the day had grown tired of seeing us

When the last line of sun sliced through the horizon

Casting a violet glow amongst the town

Similar to the light peeping from under my bedroom door

Where you stood still-before knocking on it, in hesitation

Would I accept you?

I did something I promised myself I wouldn’t

Mother, you wanted me to tell you what I thought “love” was

I am ready now

The taste of Camel menthol cigarettes subdued me into telling

I miss the country so

But rent is cheaper in the city

The creatures from the night looked on with voyeuristic eyes

This was the sound of fun, escapism, being in love and lost in a trance of victory-it had lured us into its castle of raw possibility-

So, our instincts pushed us along to the indoors of your confines

Jagged sticks of wax in an assortment of wicked colors flickered, dripped, and formed puddles at our feet

While heaps of laundry humped inside its shadowy machine

It was intoxicating to breathe in your rebellion

Thank you for noticing

There were purple and green lights spiraling around the basement poles

Our spirits into crosses

I wanted him to know how good it felt to be glazed with certainty, love kilned in veins

We were like a helix of flesh, morphing into one heart-soldered together by the union of our will

A Vanilla Fudge vinyl spun in circles under the tonearm

As I lied there heaving by his side, soaked in pearls of sweat

And then, before anything else

Before the wheels could go around and around

Before I could stress about breaking my probation

Where all the paranoia’s flurried to the kingdom of banishment

Safe inside his circle of salt

I remembered savoring the stew of mold and mildew from the splotchy pink insulation above our heads; relishing the stagnant smell of forgotten things

The last kiss of the evening, before the rising sun, ended with laughter that lasted for minutes (which were hours), at nothing, but everything

Mother, you asked me to tell you-and so I told

Time stood before us, but now it rests behind us

He was gold to me then, but now I am sold in

To the marriage of rusty rings

The menthol cigarette I had at my lips died of death

Peppermint leaves blowing away in the cool eastern winds

While the town quietly nodded off to sleep

And said to myself: I wish I would of never met him.

A washed up woman was a stupid girl

Dropped out of school at the tender age of 12

Threw all my dreams into a wishing well from hell

Microwave your books for quick tuition

There is so little time and so many people to impress

Why should I waste my time on how to dress

I’ve got pseudo-intelligence to sell

Piggy backing on all of your success

Is it the only way-the easiest

Mom and dad bought me pills for breakfast

The doctors fed me drugs with a minors consent

Mom and dad brought me a mattress

To sleep in the hexagon of their madness

Mom and dad caught me naked

Gone are the school days, welcome on the dog days

I am now an old maid preying for a big break

Dropped out of school at the tender age of 12

Threw all my dreams into a wishing well from hell.

There were always too many people blocking the sun

With their towers of stupid

Wish I was air to go through it

But you are a woman-a stone

There are no more pink valentines for you

It was an honor to bleed through, right?

Now many colors of you have shown

The rate at which you grow.

This is when the barbies burned in secret

And this is when they all glared

While I hung my head down low

I was an object of opinion-a topic at the table-a body to be labeled.

And in age-your title remains

Even when you have been completely drained

Wallpaper in the dollhouse

A design for life-but not for recognition.