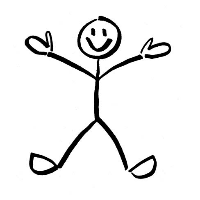 Follow
Izzy_A
I've felt lost and alone pretty much my whole life. That is, until I started to write. Now I eat, sleep, and breath it. It's my true passion
109 Posts • 371 Followers • 170 Following
Posts
Likes
Challenges
Books
Challenge
I know that Pride Month is almost over, but write something about the LGBTQ+ community. Whether you are in it or just support it. All I ask is please no negativity against the community, everyone has their views, but I'd like this to be positive.
Please, be kind, but also speak the truth.

you will have friends

you will have sisters

you will have brothers

you will have daughters

you will have friends

you will have people

24
14
6
Challenge
What is the story behind why you write?
be honest

Do what you love

Time and time again, we are told to find our drive. Our passion. Something that motivates us. Well, I adore writing! If asked why. I'd say that writing to me takes me to a whole new universe. A different world.

Writing acts like a wheel, that I love to keep turning. I also love to read other writers creations. To write, is a form of art and life. One can't simply carry on with life, and not do what they love. May the torch of writing always burn bright.

44
14
22
Challenge
I know that Pride Month is almost over, but write something about the LGBTQ+ community. Whether you are in it or just support it. All I ask is please no negativity against the community, everyone has their views, but I'd like this to be positive.
Please, be kind, but also speak the truth.

I may not be gay but I support them.

I am not a woman and a lesbian but I support them.

I may not be bisexual but I support them.

I am not transgender but I support them.

We are finally coming to an age where people are more tolerable and accepting for one another. It may not always look it, but compassion is triumphing over spite. We are seeing it in big blockbuster movies such as Brokeback Mountain and Power Rangers. We are seeing it in children's animated shows such as Steven Universe and The Loud House. Even in writing, there are a couple of gay and lesbian characters in my Sins of the Father stories.

Love is love. Love is universal.

9
6
4
Challenge
I know that Pride Month is almost over, but write something about the LGBTQ+ community. Whether you are in it or just support it. All I ask is please no negativity against the community, everyone has their views, but I'd like this to be positive.
Please, be kind, but also speak the truth.

When I was young, if your parents found out you were gay, they would often disown you, and kick you out of the house to live on the streets. If they were religious, they might send you to "Pray the Gay Away" camp to undergo aversion therapy. If they were more scientifically minded, they might send you to a mental hospital to be heavily medicated. In some instances, gays there would undergo electroshock therapy, and even lobotomies.

Now, same sex marriages are legally recognized across the entire nation and most of the civilized world. Many churches perform same sex weddings and have married gay clergy. Now, not only is homosexuality no longer classified as a mental illness, homophobia IS.

When I was young, gay celebrities had to remain in the closet, and even have pretend marriages, like Rock Hudson. Even obviously gay celebrities could not officially acknowledge they are gay.

Now, the most popular daytime talkshow host is a lesbian, and one of the most popular network news anchors is a gay man. Now, many young and trendy stars pretend to be bisexual to add to their cool factor.

Originally, neither political party supported LGBT rights. Then, the Democrats gave us lip service, mostly because they knew there was no way we were going to vote Republican. Then the Democrats started to truly fight for our rights. Now, many Republicans feel free enough to speak out in favor of LGBT equality; even while being bigoted towards other groups.

I feel proud in how far we have come in such a relatively short amount of time, from a group of drag queens in New York fighting against police brutality at the Stonewall bar, to the supreme court recognizing our equality.

I know this sounds odd, but I am even proud we have created Milo Yiannopoulos, a white gay man who has reached the point where his white privilege is greater than his gay stigma, allowing for him to be a voice for bigots everywhere. Imagine if all minorities, one by one, could be accepted by the hate groups- then they would have no one left to hate.

6
2
1
Challenge
Who's ready for another 15-worder?! Here it is: Say something about yourself from the perspective of an inanimate object. Compliments and insults are equally encouraged.

Bitch, staring at me for hours scrunching your stomach ain't gonna make you any skinnier.

You told me that those nudes would stay private. I can't believe I trusted you.

"I don't know what it is, but it's alive, and burrowing deeper!"

We ran out of food in the house. My wallet is empty, I am now too poor for even fast food.

6
2
0
Challenge
Write a horror story in two sentences.
“The 3 types of terror: The Gross-out: the sight of a severed head tumbling down a flight of stairs, it's when the lights go out and something green and slimy splatters against your arm. The Horror: the unnatural, spiders the size of bears, the dead waking up and walking around, it's when the lights go out and something with claws grabs you by the arm. And the last and worse one: Terror, when you come home and notice everything you own had been taken away and replaced by an exact substitute. It's when the lights go out and you feel something behind you, you hear it, you feel its breath against your ear, but when you turn around, there's nothing there...”---Stephen King
grandmaof06 in Horror & Thriller
• 67 reads

Bitten By My Ex

After one month of online dating, I invited him to my house to spend a little quiet time together. I never thought for an instant, that he was a vampire, just looking for a good bite.