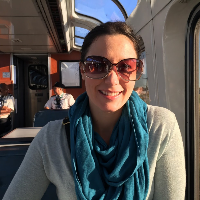 when he (suppresses that

secret that) cramps the

hidden and cloaked the

because veiled, she looks

precise in her beauty, the

love is shady when

she is cunning and

he is wily accessible (in that distinct

scheming between inevitable and

suggest radiance only gleams when

together their admission allows

squeals of confession to be

unconditional, they (and we)

must be an edgeless

dull suggestion of seclusion and

isolation, so in dark reticence

they learn plot and hoax in the

heart of the prairie

to believe in duplicity,

forever they can be appropriate and just.

As many of you know, our dear writer friend @James recently posted a very open essay about his life. With his permission, I have written this.

Sometime many years ago cerebral malaria stopped him. Blood transfusions that his family couldn’t afford forced his fragile spirit into a coma for nearly a week. When everyone thought his life had ended, he opened his eyes. It took him years to recover, to become fully functional. He lost vital memories of his childhood, either by selective memory or a result of the illness.

A father who prefers to smoke and drink and beat his mother sits in the corner of that childhood home. He growls when James comes near him and only ever bothers to spit accusations. A mother who insists that her rape at eighteen forced her to marry that man sitting in the dark corner rarely bothers to do anything to help. She prefers to lament her woes in silence, brooding over the day the father will die and she will finally be free of the constant reminder that she was taken against her will. Family heritage and respect runs deep in Nigeria, and with shame, she has been the bride of a man who beat and raped her in the back of an alley when the night was dark and the moon was absent. Though she cried out, her painful screams went unheard. People in the city prefer to imagine that rape doesn’t happen. Besides, it’s always the woman’s fault. The rape baby in her womb became the oldest of four. A girl who repeated the cycle of her mother, now with two daughters under-nourished, dying from lack of love.

And James, the last of the line, is the most stubborn of all. He sleeps a stairwell of the main library in his city rather than going back to that home where beatings are as common as food is scarce. He wears the same pair of trousers for a month at a time. James is determined to rewrite his family history. He has stopped going to class, preferring to be isolated from the imaginary idea that life in Nigeria could ever be anything but brutal. The state of the country is dire, and James’ future is bleak. Cycles repeat over and over. At night, he sleeps hungry, huddled in the doorway of businesses, wishing he could find a home.

When he begs for money, he uses it to buy time in an internet café to write. He sends out his words to the world to be read, hoping someone somewhere will understand that his is a plight not intentional. It is the environment into which he was born. He is determined to find a way out, his spirit indomitable and his will unmatched. And yet, he believes he can change the world. He’s a young man broken, still with a smile on his face.

she sneaks and capitalizes the letter of His name, knowing that even in the weakest moments when water is blowing off the river and it’s cold, He’ll still send her pictures of the snow as she sits in a hotel room in Kentucky heat in May wondering what her future will hold when and if there’s ever the chance to live out the life that she’s planned inside a lopsided apartment when the only thing to really consider was whether or not a workout would be enough to sustain her another day. a whirlwind, He materialized in her life some time between the golden hours of knowing sleep evaded her and the idea that there might still be a chance. And from there, they bloomed into something virtual – a distance that blossomed between long messages and video journals, tasks to be completed and love to be shown; she marked herself with His words to show the world that someone somewhere was proud of the accomplishments she’s managed to acquire. Because theirs was a connection so fundamentally built on thinking that the other was something more than they were, it’s no wonder that after a lifetime of living and an eon of pining, they fizzled, spitting gristle and forgetting that the first euphoric taste of truth really did remind each of them there might be something more than learning a name or remembering a birthday.

carved into the plastered walls of Rosecliff Drive, a

moment when memory developed from independent

images still collaged in my heart because once,

my drunk of a mother smeared eggshell white paint

along the zipped closure of that cerulean jacket

worn to showcase the isle of those eyes and her hand

conflicted with what should have been forgotten so

her smile spread cobwebby from smoker’s corner to

full out laughter, ignorant that she’d ruined a moment

sitting in the back yard crab apple tree in summer with

sun fading against the long sad wail of

her daughter solo and floating downstream,

a bloated barge of Tennessee castoffs

and Pennsylvania coal dreams, his were the only eyes

trailing dreams strong enough to hold scents like the

of your birth and death, days that

egret caught at the pond’s edge

flows from bottle to open

back porch watches as

he sang too many songs

graduated from time to not

on a mission, her

harp made of sorrow

she walks with wallet

slumming, she is bent

owner to polish and love

brief, that life of one

wishes for her mama

life is worth a thousand

The beauty of rediscovering the starting line is exactly the same as needing to proclaim it ever happened in the first place.

Thoughts ramble too easily to be delineated into moments and when faced with recalling what events happened when, she falters. Stutters against the backdrop of history because she knows there’s no way to ever remember exactly which rally helped her push and which kept her back.

At the hotel pool in Austin, she tells the woman who has come close enough to being her sister and the mother of her nephews that there’s no way this ever came to be. The two have been reminding one another of long forgotten stories, using their own brand of language to describe the events of those formidable years, reiterating moments that shaped and stacked the past to create their present selves. They use the verbs that mean something only to the two of them with relish, knowing that even if that quasi-famous reggae artist at the other end of the pool were listening, there’s no way he’d ever be able to translate exactly what they’re saying. It makes her feel like she’s arrived, finally finding voice to something so long dormant that she’s not sure it exists.

Shadow living, she tells her. It’s been a long road.

Sagely, the woman nods, sipping her overpriced but still delicious margarita, squinting into the summer sun. The reflection of her image in mirror sunglasses makes the woman wonder. Aloud, she’s able to voice what she’s been thinking for the last two decades and in any other setting it might come across as too nostalgic, too emo for her, but here in Austin, the moment passing between them like an Alt-J song, it feels as perfect as the first moment when they lamented the woes of college prep education as pre-teens sitting in art class.

If they hadn’t transported, riled against those teenage years, left it all in a haze of this and that, binges fueled with nonsense and chemicals that have no place being pronounced, then there’s no way they’d ever end up here, sitting by the pool and recalling all of the moments they should have died.

Now inked to tomorrow and back, they’ve each found their own brand of happiness and wear it like full sleeves permanent on their arms. Trite, but a story of redemption and perseverance.

She tells her that her face feels tight from the sun and she’s worried that her elbows will beguile her age. The woman nods, willing to listen, not needing to solve the problem.

She worries that in middle age, she’ll become invisible, someone who could have been some something like the sometimes succulent summer of that first year when they were sure that surmising their surroundings would lead to something more than innocuous obsession with surnames.

It turns out it wasn’t true but still, she likes to make prose poems from the past, so standing on the diving board, just drunk enough to not give a fuck, she offers one final glimpse of what it means to sit with perfect posture and that resolute feeling that there will forever be another kind kindred spirit to share in the spirit of a true seven hill broad who appreciate Grippos, loves the sound of early morning birds, and knows well enough when to leave it all alone.

(parenthetical thoughts of how)

we slept (away that

you in a top hat

me with a parasol,

her desk, that eventual

unheard, she eyes far off

(her other life, that

your wealth is time, quilled

slow to emerge but

once in full bloom

when she finds him, she will know.

some truth of this expressed

we fail to make in morning time,

when all we needed was a spot of tea