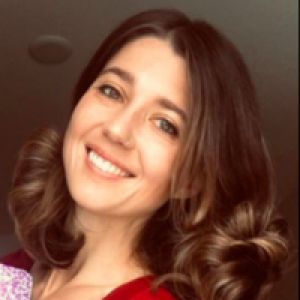 Follow
JoyBaglio
Fiction writer; stories in Tin House, American Short Fiction, Gulf Coast, etc. First novel in-progress. Find me at www.JoyBaglio.com
1 Post • 9 Followers • 57 Following
Posts
Likes
Challenges
Books
Challenge
What has reading taught you about navigating the world? What is one story that has most impacted your worldview or way you move through life?
Bestselling author George Saunders will read and critique 25 pages of his favorite entrant's work, which will also be promoted on Random House's social media and newsletter.

Learning to Embrace the Strange

It was spring break, I was an MFA student in NYC, and I had escaped the city for Key West, of all places, where the crowds of carousing college students helped distract me from a slew of questions I had been asking lately: What did I value in stories and literature? Why was I getting an MFA at all? Did I even enjoy writing anymore? For the first time in my life, I didn't know how to answer these questions.

On my final night, I was prepared to suck it up and return to MFA life, to writing the insipid stories of slight domestic “offness” that had seemed the only route forward, when I began reading a book I’d picked up the day before - St. Lucy’s Home for Girl’s Raised by Wolves, by Karen Russell. Because of a very early flight, I had camped out on the floor of the airport, a heavy covering dragged off some baggage carts as a makeshift blanket, and I began the book intending to read just the first story, yet each tale propelled me into wider awakeness. In these stories, among other things, brothers hunt for their lost sister among schools of ghost fish. A sister is in love with a ghost boyfriend who possesses her. The residents of an arctic community gather to “sing down” a glacier. All I could think as I read was, “Wow, this is allowed?!” My perception of what stories could do and the effect they could have began to shift. These stories weren’t just playful and beautifully-written, they exposed the inherent strangeness of being human without trying to over-explain or provide neat answers. I found myself puzzling over them long after that cold night in the airport (a strange night, in itself); long after I turned in more half-hearted stories for workshop, which slowly would begin to change.

That epiphanic first encounter with Karen Russell’s stories led me down a rabbit hole that can only be described in math terms as Strangeness Squared. I discovered Angela Carter, Italo Calvino, Kelly Link, Aimee Bender, among others. I began thinking in “What if?” questions. As my reading (and writing) choices grew weirder, I felt I was following a breadcrumb trail toward the bold, deep truths I wanted to read and write about.

An idea I began contemplating around this time: We need stories because we are flawed beings, in a flawed world. If our lives didn’t involve struggle, if we were somehow more realized versions of ourselves, a narrative arc - characters, changing, over time - wouldn’t hold the same resonance and meaning. So, stories are moving, breathing representations of our attempt to grasp certain truths about ourselves and the world, of our striving toward betterness. They are also moving, breathing representations of the answerless strangeness that surrounds us - the weirdness of our very presence on this planet. I thank Karen Russell for her comfort with this strangeness, and for having so much fun while at it.