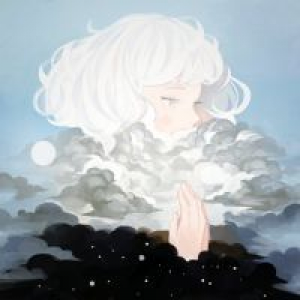 A Day to Make ‘Happiness’

Sifts of scattered dust filtered through the vacillating streams of pale daylight, dispersing through the hoary, ancient planks of wood in which bordered the windows from outside. Sodden in the softness of age, the lumber creaked and breathed sighs of the little life they had left, murmuring tales of their past throughout the threshold. An even elder man, sedentary to the confines of a rocking chair, held within his wizened palms the remains of a broken doll.

Around him were the disseminated and strewn shards of sallow porcelain, painted parts of a once flushed cheek and mellifluous cobalt eye faded by the toils of the sun and workings of time, among such clusters. They sat fruitlessly near his set feet, obstinate and obdurate to the thought of mobility. Though the chair rocked in steady intervals: back and forth, a pause, back and forth. It continued and continued, as if years of energy were within the workings of the woodwork itself, despite the rigidness of his legs.

He breathed, dust breaking from his lips, and wavering life pulsating throughout the room. Both fauna and flora shrank in the presence of the elder, returning to the outreaches of the corners and holes obscured by the little darkness. He shuttered his eyelids open, inhaled once more and exhaled, stroking the fragmented doll with the bristled, rough tip of a paintbrush quivering in his incapable fingers.

He swept the brush over the intact part of the child’s toy, his eyes, blind and unsullied, painting its face with existence and hope. As if done many times before, his movements were sure and intensive, reluctance unknowing to the resolute twitch of his fingers and rotation of his wrist.

It took decades to rein close to completing until at last his throbbing hands gave way to the pain, coercing his ability to work. He, after years of sleepless painting, fell into a deep slumber.

“They need you,” a voice from the depths of ebony hissed snidely.

The male woke at once, fixating his hands over the reduced figure of the doll within his hands. It was only a shard now.

He sighed and began to work at once.

Yes, this was his point.

This pain, this fraction of what was left, this unfinished piece of prosperity…

He was meant to finish it.

The elder, once again, set to work within the inexorable tilts of the rocking chair and unwavering trembles of his hands as he held the brush. With a patience mankind could not comprehend, he yearned to paint the picture of amity and did so.

Though once again, with only a single stroke left to finish the shard, his hands gave way to weariness and could no longer finish what they had started. And thus, he fell into a redundant sleep once more.

It continued, as the rocking chair had, until reaching the size of a grain of sand. With a new tenacity and resolve to complete his task, he needed but one last caress from his worn brush. Though the beast from the depths took the grain before he could finish, affixing it to the gathering within his hour glass.

The immortal male, having nothing, wept tears of repentance and anguish, until the beast, with a complete assemblage of fragmentary particles, turned the glass and restarted the timer.

The elder became young once more, possessing an adeptly crafted doll, a fine brush with a lurid palette and guileless grin. His gaze was clouded, still, and legs, inept, though his hands were steady and deft.

“Would you like to help humanity?” The voice asked, lingering spite in its tone.

The male, without a tongue, smiled and, with great naivety, curtly nodded his head.

The youthful boy, stared blankly into the expanse of the room.

Ah, yes, that was their purpose.

To live on despite the struggles, to value their morals and opinions so intimately it remains a reason as for life, to love one another and murder one another, to sin and worship… To arduously push through to make ‘happiness’… It was what meant to be ‘human’.

Without a further reluctance, the male set to work, vigor and exuberance in his strokes.

Today, it seemed, would be another day.

A day to make ‘happiness’.

(Note: A small write made after a severe writer’s block. Although I am not all proud of such choppy writing, I do so hope most have found it somewhat enjoyable.)

3
2
3
Challenge
Did you ever come across an incident where you realized how much you really love your life? I’d like to read some interesting real life incidents. Make it dramatic if you want, write something that’d stop the reader’s breath.

There was only darkness, besides my conjuring thoughts of world inquiries placating my allayed mind. The evening stars had ventured far into the expanse of dusk and slept alongside the weeping moon, full and wan.

Resting my head amongst the glass window, my aunt at my side, I pondered of our earlier adventures that lead our day to its end.

Buying books at a local store, chuckling whilst recalling past experiences as we fueled our ravenous stomachs, and then proceeding towards home in silence.

The thin trills of melodies rang in our ears from the radio like warbled voices of morning birds. Though I paid no heed to the nonchalant tunes and could only stare pensively at the world outside.

Ah, what a beautiful night it was.

Though upon passing over a railroad track I halted my breath.

A peculiar light in which took to the other end of the metal path began to blind my senses and run my body cold.

“There was once a girl in my school whom-”

Such couldn’t happen to me.

It was only coincidence, wasn’t it?

I was not to die as she had.

That was simply a story that my aunt had reminisced grimly upon on one of our nightly drives.

The story of the high school girl whom died from impact of a running train.

This was where she was killed, she said.

My stomach lurched. I was paralyzed from the thought of a train ramming and pressing into my body, from the idea of my life being claimed, from the accident flashing on the news like a red banner, from the departure and anguish I might leave to my family.

I could no longer move.

Though, with a summed strength I could not comprehend, I cried, “THE TRAIN!”

With eyes locked in a sudden fear and hands now gripping the wheel as if a lifeline, she deepened her foot on the pedal and sped across the track before it could hit.

Upon continuing our route home, the silence filled with our concern of the incident that could of happened, my heart fleeting with an inexplicable adrenaline, sped with relief knowing I could return safe.

I was reminded of my waning life and dangers the openness of the world posed that day, as well as that I was indeed alive.

(Note: Though such may not pose an immediate threat or perhaps wasn't nearly too intense as described (Though it most certainly felt like such to me), truly this incident brought to mind of both the chaste and malice in living.)

4
3
2
Challenge
16-word rhyming challenge! (Every word you use in this piece must rhyme with at least one other word within the piece.) Without repeating a word!

Alas my love has,

worn through years as,

I have loved another.

Was I to suffer?

Fluorescent lights of glass luster with hands of pellucid iridescence,

Across the peeling and stonewashed walls,

Slowly stretching in the exhale of afternoon,

As the sun bled from the arduous day filled with,

World’s turmoil. Alas, the soft murmurs of the aged,

Wood floor, rolled and wrought from years of disaster,

Bathed its soft body in the light and embraced the,

House in its still and hoary breath. The room lit,

By not the song of days end, but by silence’s warm melody.

A child, sitting among the gentle sounds, remained inobtrusive,

To the home's soft tune and listened,

To its pressing lyrics ever so quietly,

As if a world had not existed,

And only home remained.

(Note: A quick jot that I cannot quite please myself with, though I hope it reminds those whom come upon it of the mellifluous warmth of home. Of course, writing this at five o'clock in the morning, without any sleep, aids me not in writing this rather crude piece.)

To think I was decieved in the matter of a second's breath and hurt forevermore.

3
3
0
Challenge
Write a fifteen-word piece with the title: "You know things are no longer normal when..."
make it silly, serious or dramatic. whatever you want!

You know things are no longer normal when-

I sit in crude silence, holding my tense breath, wishing my tears to keep still.

1
0
0
Challenge
In 15 words, write a mundane observation that makes you smile.

Without voices, I briefly inhale the stillness of the world and its humble, untouched silence.

2
0
0
Challenge
Who are you? Answer without using your name, job, and things you do.

I am but a monster, a being of nothing, with a belief of something. I am peculiar. I, though I have not yet been noticed by polite society, slaughter and waste, lie and fake, wearing an odd façade tarnished in the black soot of sin. And though I have it not on my exterior, I demoralize such a mask within.

Though what be of it?

A being such as I shan’t be living. A person of my stature whom adorns no self-righteousness and character, mustn’t be good for the earth. A human, such as me, has no right.

Then what am I?

What is a beast crude and decadent doing, showing their face to the lengths of a ravenous world of depravity?

A world rocking on its blacked hips of mankind, wringing its fingers on a thinning string of an ever-lasting insanity. I am no different from such beasts of selfishness and condescension. I am the same.

4
3
0
Challenge
Write about not being able to see ahead of you.
Any genre, prose or poetry.

A World of Sin

In the redundant noir,

I scrambled for my eyes.

In the presence of a black woe,

Where all is but dark and silent,

I was distraughtly lead by the vibrations,

Of an ambiguous voice.

I could only stumble,

And blindly wave out my pleading hands,

The path I took,

All was but soiled in sin,

And left me to wander in a meaningless bout,

Amidst the unprecedented madness of,

1
0
1
Challenge
What is the most philosophical micropoetry you can write? (Try to relate to life)
All I want is a very philosophical view of life and the small things it teaches us....

In the dusk of a boar,

When treachery and arrogance are born,

A child of unwillingness and ideocracy is birthed,

To a mother of a being with the mouth of a raven,

And the eyes of humanity.

Slowly, picking off the flesh of all wisdom,

It smirks and hisses in its newfound greatness,

Watching its chaos ensue in the world it dwells.

With its uncanny, Cheshire smiles,

It slowly tears at the minds of those it promises,

With a sweet hush, proclaiming,

“All will be better in ignorance.”

Though dare I say it shan’t.

Dare I say that this promise of forgiveness and blinding virtue,

Is but a fool’s wish for death.