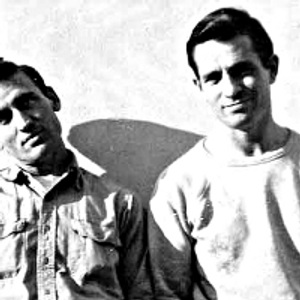 How do you pass a test

when you don’t even know the questions?

How do you stand trial

when you don’t even know the charge?

How can you move forward

when the ground is shaking and the wind is howling?

How do you find your way

when the fog is full of shifting shadows?

How do you know what to do

when every direction is blocked by a locked iron gate?

How can you move?

Maybe it’s best to be still, be patient,

and listen for the rhythm of the rain.

I heard you sing

for the first time in a long time;

across a pink and orange sunset,

and I could hear the twilight melody,

the explosion of sound color,

and these words here,

these glowing words of ecstasy

are the poetic offspring,

shimmering in the sky

What I’m Telling Myself These Days

I can get the kids ready for school,

where they flutter around

until they become dollar bills

and lines of credit.

I can actually pretend

I’m a human and not a ghost.

I can be grateful for the connections I have,

grieve the ones I’ve lost,

and write away the loneliness

with fantasy and poetry,

stage an escape from the prison of my mind

into the dreams of imagination.

The days here are so long.

spent in a prison cell

I tick the hours

on the walls of my mind.

The drugs have taken my vices,

the drives and urges,

through a foggy haze of numbness,

but I’m alive I guess,

I don’t feel as crazy;

the infernal days and the cold lonely nights;

a stack of counterfeit money,

the sun rising into storm clouds.

Sometimes the pain comes right away,

one that kills slowly,

taking one faculty at a time,

until all that is left

is the memory of a ghost,

dripping with ink and blood.

where you and I are making each other happy right now,

but it isn’t this one; this is the one where my life

is a series of heartbreaks, backstabbings, and missed connections.

This is the one where every direction I turn,

looking for a way to fill the lonely days,

This is the one where I’ve had to learn lesson after lesson,

where if what doesn’t kill me makes me stronger,

I should be able to rival Superman by now,

go toe to toe with the Incredible Hulk,

go to work and church and workshops and parties

wearing a mask with a smile and a laugh,

but when I try to sleep at night,

no amount of strength will wipe away the tears,

or take me away from my waking nightmare

into a land of peace and dreams.

If I knew the future held something better,

something shining over the foggy horizon,

maybe it would be easier for me to move towards it.

I hold out hope, but what if it’s false?

The vultures always seem to get a little closer.

What if where I am now

is where I’ll always be?

Trapped in this dark dungeon

where I can hear the rats gnawing through the walls

trying to find their way through

to feast on my rotting flesh.

How can I find the strength to go on?

When going on seems so haphazard?

and the only future I can see

is a shadow that I built in the past,

the shadow that’s disappearing fast as the years fall away,

leaving nothing but empty space.

This one’s another collaboration between myself and @MeeJong. I wrote the first stanza, then we alternated:

When we were kids,

the simplicity was an open sky,

the days were for playing,

finding diamonds in the sand;

the nights were for chasing fireflies,

and the monsters under our beds

could be defeated by a hug,

a kiss, and a prayer.

When we were kids,

the simplicity was an open mind,

the days were for wondering,

the nights were for chasing dreams,

with warm pillows under our heads

a kiss, and breakfast.

The years went by

and the nightmares started to show;

the bullies and heartbreakers,

and the dreams were stretched thin,

I slid through shadows

afraid someone would notice me,

afraid no one would;

the nerds or popular kids,

as reality faded into a backdrop.

I started looking for attention

on stages where I could show off talents

draped over a skeleton or a zombie;

the reality was that true connection

was hard and rare,

but I could pretend through alcohol and performance.

The years went by

bringing love and loss in tow,

and the recklessness did grow;

the lost nights and brutal mornings,

and the dreams were nowhere in sight,

but I could pretend through alcohol and performance.

I spent time filling in the map in my mind

with Colorado mountains and Utah deserts,

finding peace beneath the Milky Way,

loneliness in a Mexico parking lot,

crazy love back in Baltimore

in the blazing white night.

I spent time running from myself

following boys around the country,

loneliness in a sea of people,

drinking, sex, and insanity in Anderson,

regrouping back in Baltimore

in the unstable stable.

I chased women through the bars,

blacked out for crazy drives home,

read poetry out to the masses,

drenched my nights in seas of dirty martinis,

and everything came to a screeching halt

after I tried to run a cop off the road

and ended up hung over in central booking.

I ran home drunk from the bars,

blacked out and woke in random places,

drowned my youth in vodka and gin,

until I blacked out at a club

and woke-up in the hospital

warned they almost had to put me on life support.

When I came through, I found wild love

that ended in an explosion of silence.

I filled the space with dates like shuffling cards,

and settled on a sure thing, started a family

with four beautiful kids and church on Sundays.

When the sure thing ended, I was left wondering

if I’m just another wandering soul

who tried to fence himself in.

When I came through, I found solid love

that crumbled into an angry silence.

I navigated the Mexican standoff,

and my ground was stolen from under me

two beautiful kids a few buses and a train ride away.

When they moved back to town, I was left wondering

how I can escape the scars

of my broken family.

as I started to rebuild,

I search for salvageable parts,

pieces I can keep and new horizons;

my poetry and fiction, my music,

and there’s an amazing new connection

that actually isn’t so new.

as I scale mountains,

and crawl out of ravines,

I pray mostly for sanity;

grateful for the life I’ve lead,

even all the tears I’ve shed,

the people, places and things,

the way that my heart still sings.

For writing, and for you.

and wash away the broken dreams,

the lost loves and shattered lives.

Let the water wash the muck,

the dirt and grime

of lonely nights and tired mornings.

Let it wash away the pain and sorrow,

clean the streets and the walls and rooftops,

clear away the guilt, the fear.

and we can run out and dance,

eyes open to the clouds,

let the raindrops wash our faces,

wash away the tears,

I’ll fling them to the stars,

send them out to imaginary angels,

write them word after word,

hoping that one day, one will stick

and not just be another wasted gesture,

another reminder of a heartache long gone.

I just hope my best ones are ahead of me

and not lost in the mess behind me,

a highway strewn with car wrecks,

sending ash up towards the passing storm clouds

in the ever-expanding closet of my past.