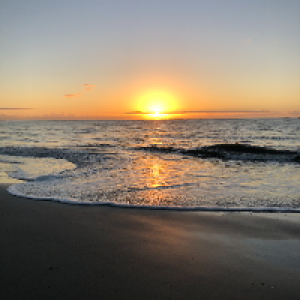 Follow
Mac1
I am a freelance writer, editor and entertainer who resides in West Michigan.
172 Posts • 115 Followers • 1 Following
Posts
Likes
Challenges
Books
Challenge
Mental Breakdown
Write me a poem that is random or chaotic that describes not being mentally well. Like the song, Talkshow Boy - I Cut Myself (Shaving).

I hop in the car, throw it in reverse

But I forgot I'm not in the garage

And a wall is at the rear of my hearse

I left the quickie mart with a bag,

took off in my hearse and discovered

I left my card and wallet in the store

while I looked for change for a hundred

With this one why do I bother?

I just march to a different drummer

Although some say I'm just dumber

1
0
0
Challenge
Challenge of the Month XXXV
R.I.P Challenge: This one is from our social media director, and it's a staff favorite. In our fashion, the winner takes the $100, and this one is judged solely by the social media department. 500 word minimum. We can't wait to read these! In this writing challenge, you will be tasked with creating a story in which the old version of yourself is killed off and a new character is introduced. This new character should be a transformation of the old you, representing the growth and change that you have undergone. To begin, you will need to think about what aspects of your old self you would like to leave behind, and what qualities you would like to cultivate in the new version of yourself. Consider what events or experiences led to your transformation, and how you have grown as a result. Next, you will need to develop your new character, giving them a unique appearance, personality, and backstory. As you write, be sure to incorporate elements of your own life and experiences, as well as any symbolism or themes that are important to you. Finally, you will need to craft a story that brings your old self to an end and introduces your new character. This could be a tale of redemption, self-discovery, or personal growth. Whatever direction you choose to take, be sure to make it a compelling and meaningful journey for your readers.

I kept my head down and pedaled.

I felt the warmth of the afternoon sun on my shoulders and balding head. This was the end of August, and there would not be many more beautiful summer days like this one. I would rather have been riding my touring bicycle to a lake or traveling through farm country. After all, I was entitled to a Friday off, wasn’t I?

Instead, I was on my way to work, a three-mile ride from home.

So, I kept my head down and pedaled.

The two-lane road took a steep dip and veered to the left. I picked up speed as my bicycle descended the Bridge Street Hill on the West Side of Grand Rapids, Mich.

According to doctors, nurses, therapists and police reports, an ambulance scooped me up from the pavement at the bottom of the Bridge Street Hill. There was an unverified report to the ambulance crew that a car was near me as I sped down the hill. If so, was there contact? Did I just lose control? I have no recollection, as the crash knocked me out and drove the short-term memory out of me. I also broke all the ribs on my left side, fractured my skull, and broke my collarbone.

Soon, doctors and therapists pressed me to think through the fog of my closed head injury: What was the last thing I remembered the day of the crash? I latched onto an image: my bicycle helmet hanging on a spike in the garage as I pedaled down the driveway. And the last thought I recalled: “I don’t need it to ride a few miles.”

Doctors were deeply concerned about the brain injury, and — about a week after the crash — they prepared my wife and me for the worst. They showed us scans of my purplish, swollen, scrambled brain. They told us about the intensive rehabilitation that awaited me. They advised me to look for another job. They said I could improve, but that I'd never be able to process information at the deadline speed required for a newspaper copy editor.

How could they be so certain? I had house payments to make, college bills to pay for my children. How could God let this happen to me? How could Karen and our four kids survive on just her parochial schoolteacher's pay? Why didn't I wear a helmet?

That night in my hospital room, I was in bed. Alone with my jumbled and fearful thoughts, I remember seeing a mix of anger and determination burning stubbornly somewhere in the whirling haze. This would be the fight of my life. I would prove the doctors wrong. For my family. For my future.

As the days turned into weeks, and the weeks became months, I would learn life lessons that could not be shaken from my brain. Because they are imbedded in my soul. I was wrong about one aspect of my declaration of war: I thought I would be waging my fight alone.

When facing adversity, there is strength in numbers. My allies included doctors and nurses at the hospital; relatives and friends from work who visited me even though I was out of it (my wife told me who came); therapists (occupational, physical, and speech) at my next stop, the rehabilitation center; my wife, Karen, who constantly encouraged me, who kept me company in the hospital, and held things together at home; my children and brothers and their humor—one of the shards of early hospital memories was a wisecrack about an enema; my co-workers who absorbed my tasks on the copy desk, and my editor who stood by me; and my God. There were times I thought God left me, but I just wasn't looking hard enough through the mist.

Finally, I obtained the piece of paper I coveted. The doctor's slip, dated 12-6-96, more than four months after the crash, freed me to return to my job at the newspaper part-time, "then full-time as tolerated 12-16-96." When I called my brothers and recited the good news, one of my picky siblings asked, "As tolerated by who, you or your boss?"

The first few weeks back at work were rocky. But the worst never happened, and, soon, I was a fully recovered and fully grateful human being. Doing my job again, maybe even better than before. Being a husband and father again, definitely better than before.

I don’t know when the “old me” died. But the “new me” and my allies had proven the doctors wrong.

As extraordinary as my physical recovery was, what happened to my entire self was a greater feat. I thought I knew gratitude before the crash. After all, I thanked people who did me a favor or gave me a gift. But the glow faded, often as soon as "thank you" left my lips. After my recovery, gratefulness was a state of being. It became not just a courtesy, but a recognition that I had received something invaluable. For example, how could I ever truly repay my family, friends, caregivers, co-workers, and others for restoring my life? And for restoring it better than it had ever been?

One day after I came home from rehab, I found an old mountain bicycle in my garage. It was nowhere near as fine as the touring bike that was ruined in the crash. But I cleaned off the cobwebs and was about to take my first ride since the accident, when Karen saw me. She asked me not to ride. Ever again. "But, " I uttered. Then I remembered all I had put her through. And I agreed to the pact. That, too, is part of gratitude.

Another part, I discovered, is an appreciation for the everyday things of life. And a sharp depreciation of my selfish expectations. Before the crash, I seemed to have contracted a severe case of entitlement. I took my health for granted. My family and my job, too. Whenever I received a year-end letter informing me that I'd received a raise at work, I smiled, but didn't really feel grateful. I expected it. I had a good health plan at work, but I expected it. And I never read the part about catastrophic injury, because that would never happen to me.

6
3
3
Challenge
Help answer one of Philosophy's greatest questions: Is a person truly himself if he is subject to change?
for example: are you truly the same person before a meal as after you've finished? if so, are you to be required to pay the tab? how about the food? it too, underwent rapid changes and is certainly not as it was delivered...

Ah, a philosophical question: “Is a person truly himself if he is subject to change?”

Let me explain by rephrasing the question: Is a person truly HUMAN if he or she is NOT subject to change?

So back to the original question and the example posed: “Are you truly the same person before a meal as after you’ve finished?” Yes, you are. But if you just dined with a terminally ill friend or a lover or a former lover who became an ex over dinner, part of you may be changed. But change is always in you.

So, sorry, you still have to pay the dinner tab.

5
2
3
Challenge
Challenge #4 Elemental Hailu
Write one Haiku with reference to all four elements, fire, water, air and earth. Or, write 4 with a separate one for each. You cna also do both for 5 in total. This is inspired by a current Vocal medial challenge running for the next 13 days.

Nectar from the clouds

A blessing from God abused

Drought and floods from hell

Growth of heat and light controlled

Water, air, fire, earth, our will

When will help arrive?

3
2
2
Challenge
Six Word Stories
Write me a six word story. (or three to meet the word limit.) A famous example of a six word story is "For Sale: baby shoes, never worn"

My deadline for sainthood was yesterday.

12
3
0
Challenge
Valentine Word Play
Use the following words in any form: rose, ring, engage, heart, candy, dine, bubbly, celebrate, forever, love BUT it CANNOT refer to Valentines of Romance in any way. Poetry Only.

A single rose in a field

Of weeds that extends

May not be a rose at all

But simply a clever

In a candy ring’s heart

Altos finds in their midst

a fine dine but the bubbly goes

4
3
5
Challenge
Words To Remember
What’s something someone said to you that you hope you will never forget?

I too have words from my father:

"Never do anything half-assed."

(Dad was a high school graduate and a Detroit cop whose wisdom was always plain-spoken.)

6
0
1
Challenge
Facing Your Greatest Fear
Submit your top 3 tips to humorously help others face and overcome their greatest fears. The one who makes me laugh out loud the most wins. Any format.

Welcome to the support group

Greetings, scaredy cats. I am glad you could join our Face Your Fears support group. I will start things off by sharing the top three ways that I deal with my absolutely biggest, most horrifying terrors:

2. When a dog is off its leash, stay far away. Remember, dogs can smell fear.

Mac1 in Stream of Consciousness
• 24 reads

In the write hands, each tool

A creature so cruel

A Prose writer can shift

to a crooked canyon,

hope by the gallon,

Writers who budge and edit