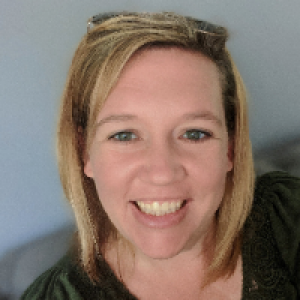 Follow
Mae6213
Remembering who I am
42 Posts • 112 Followers • 12 Following
Posts
Likes
Challenges
Books
Challenge
Any Old Thing
Find one of your old scraps; one of the disheveled thoughts jotted down half-formed or too embarrassingly honest to share. You know the ones, the dismissed, discarded bits and bobs written in the margins or napkins. Rescue one and give it new life.

you were never a constant presence yet…

I could not escape your embrace

you were always towering over everything

your rancid touch soured everything

...I was curdled by the intensity of your love

Tiptoeing across the tightrope between love and lust. A fickle yearning for yesterday's flame burns glistening scars onto supple flesh. Eyelashes laced with abandoned memories whisper a longing for ghosts of past.

Plunging off the precipice into a cascade of passion.

Enamored by the palms of your hands desperately trying to read our future together. Sifting through the Tarot cards of love. Eavesdropping as Aphrodite whispers allegations of romance.

All the while disillusioned gods mock my delight……...

0
0
0
Challenge
Challenge of the Week CCVI
You've found yourself standing at the gates of Hell, and you're given a typewriter and one page waiting in it. You have one short poem to either keep you out, or shove you in.

A Love Letter to Hell

dancing around the fire

drawn to the flickering flames

melting into the familiar comfortable arms

plunging deeper into the depths and

finding my home in the burning embers

7
2
1
Challenge
Grief
Each person deals with grief differently. Write a short story focusing on a character, or characters who are struggling with their grief. Write about their thoughts, feelings, or regrets they may have.

Can You See Me?

His glasses on the bedside table. His lingering smell on the pillow. His clothes hanging limply in the closet. His old worn, leather billfold on the foyer table. All the reminders of a life lived.

She examined the room bewildered at all the necessities of life. Everything suddenly hollowed in appearance without the man who needed them. But the glasses kept staring at her. How could he see? He was never without them. She laid down with her head on his pillow wishing she could bottle and distill his scent. The essence of him. She wrapped herself in his shirt. Oh how she needed one last hug.

Her worst fear had been realized. She was alone. The house that had been full of the echoes of children’s laughter, yells, fighting, and screams had long been empty of that noise. It had been the two of them for so long. A comfortable silence. Now it was deafening. She thought about those cold, snowy nights when she used to shovel just to enjoy the weighty stillness and now she realized all the time she wasted. All that strung out before her were a series of unending quiet days and nights.

The phone had long stopped ringing. Everyone had stopped checking in. They had moved on with the course of their lives as was the natural way of things. She never blamed them. How many times had she been guilty of the same sin.

She moved to put away his glasses but stopped herself. What if he still needed them she thought as she slipped into the welcoming arms of sleep.

1
0
2
Challenge
An Original Piece of Art
Write a song or poem, but it has to be original. I look forward to reading your unique pieces. Have fun!

5
2
4
Challenge
Challenge of the Week CXCIX
From being encased by uterine fluid to the bright light of day one: Write a poem about being born.

babies were my secret

tethered by a gossamer umbilical cord

sliding from my stomach

wailing their welcome to the world

4
0
2
Challenge
Submit your Prose bio. You cannot change it just for this challenge lol.

"Remembering who I am."

My Prose bio was written for myself. To harness that 22 year old girl who set out to conquer the world with nothing but words and sheer determination. The innocence of raw, unfiltered emotions. The unflappable gumption that coursed through my veins. To revive a world wary, soul and make myself whole again.

11
2
5
Challenge
Scissors
??? will be checking in to see what you write, no need to tag, and many thanks in advance for your talents and time :)

In college, my friend told me if someone hands you a pair of scissors it means they want to fight. I can only imagine the amount of accidental wars started via scissors. Our mothers always tell us not to run with scissors but why don't they tell us not to hand someone scissors?

What if the great tragedies of our times could have been avoided if someone had just set the pair of scissors on the floor and walked away? Could we have world peace by now?

5
3
5
Challenge
you're gone but you're on my mind
use this to inspire a piece, poetry or prose! these are lyrics from the song, Agnes by Glass Animals : D

A glass of wine, jazz pouring through the shitty speakers of the only stereo you could afford, the candle light the only illumination. You were the only person who existed in the whole world. Watching shadows dance across the room like a long lost lovers hands dancing across her body. She sighed and took another sip of the wine as Ella’s voice crooned through the speakers.

Everyday she made the commute to work on the crowded trolly. Everyday she left feeling slightly less sure of her authenticity. She looked around the trolly, everyone looked right through her. She went to work, she spent the day talking, then left.

On Sunday, she tested her voice to make sure it still worked. To see if she was still alive. But the darkness always came, and with a sigh she closed her eyes succumbing to the ritual death of sleep.

Liturgy of the Wronged

Bless me father for I have been wronged.

I spent years modeling myself as the Martyr of Marriage. The Madonna of Motherhood. Always the saint, refuting my sins. Kneeling for confession. Asking for absolution in the eyes of our friends. Spouting the liturgy of the wronged wife. Abiding by the holy scripture of the divorce decree.

Bless me father for I have been wronged.