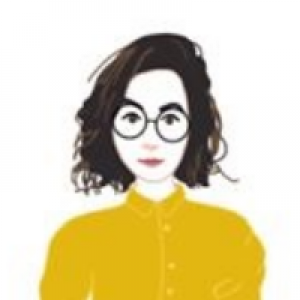 Nothing more vs nothing less

She was always a go go go kind of girl

A minute stood still was a minute wasted

There was just so much to see,

so much to do

so much to be!

That’s when she met him

Did things his own way

She looked at him and understood nothing.

While she was working at the local diner he was ordering lunch.

While she was getting A’s in Ms. Polly’s biology class he was a row behind getting solid C’s.

While she was mowing her front lawn he was across the street drinking lemonade on his.

While she was on the field playing sports he was in the bleacher with a couple of friends.

And one summer’s day, while she was hiking he was napping under a shady tree

He peeked out from under his cap, looking only mildly surprised to see another person in the middle of the woods.

He paused for a moment

“Have you ever tried it?”

Ok, that was not the answer she was expecting

He didn’t say another word, just shifted a little to the left

But it was a clear invitation to stay a while

Never one to ignore a challenge, she plopped herself down against the hard, uncomfortable trunk

She leaned against that tree

Until she was bored

And then she sat some more.

She began to hear the birds chirping, and the stream running

She began to breathe in the fresh air

Until she wasn’t bored anymore,

Until she felt at peace.

she looked at him and understood nothing,

12
6
4
Challenge
Sunflowers
Write a poem on sunflowers. The poem does not have to rhyme. Tag me in the comments! Have fun! :)

Let me tell you a story

It was a series of bad luck really

A baby’s cry rings out amongst the endless flowers

She spends her childhood hiding, and reading.

and playing, and sleeping.

and breathing in the flowers

This little girl grows up and moves away

She becomes a gardener

And that’s when a young man starts coming by

He asks about a different type of flower everyday

They were married surrounded by the yellow flowers

Over time her back starts to ache

So when she’s saved up enough, she opens a floral shop

She spends the rest of her days selling sunflowers

And to two sunshiny little girls who love the colour yellow

She lived a good life, a happy life

Eventually her skin started to wrinkle and her hair turned white

but as she lay there in that hospital bed, she knew she was loved

So many bouquets, all of them sunflowers

Until her whole room was garden

for a while it’s cold and dark

wet and damp and cramped

so cramped she decides to stretch

she stretches until her fingers break through the earth

and she pulls herself up towards the sky

And when she feels brave enough, she uncovers her face to feel the sun

The warm glow kisses her cheeks as she smiles

her yellow petals caressed gently by the breeze

19
6
23
Challenge
What was the last thing you broke?
Spam as much as you want to get past the word limit, and tag me in the comments please! And Mipha I swear to god if you put "a heart" or something like that I'm going to pick up a keyboard and slap you with it

What was the last thing I broke?

I have this cup.

It is my favourite cup.

And I think this is very fun

A tropical cup to get me through the winter months

Today I dropped it, as i often do (not on purpose) and the plastic green leaves popped right off.

Leaving me without a drink,

15
5
2
Challenge
Winner gets 20$ worth of Juice on their entry. Pick an emotion and convey it. Whether it be sadness, anger, happiness, or anything else; write to make your reader feel and feel deeply. Side Note: Each and every entry will get a personal comment from me, as well as a like and repost.

Time stole the memories from his head

Like ripe plums, one by one they were plucked away

Until he was a no longer complete

A nameless man with two options

And so he fought.

He rebelled against the absolute

Everyday into the unknown

He didn’t believe in god anymore

Because what kind of god would allow this suffering

What kind of god would allow a monster into his skull

To gnaw at his cerebral

And yet he prayed every night

More then that sad

Was there a difference between being determined or just desperate?

He struggled, scuffled, and fought

He fought because he was alive

But all battles end

And not everyone wins

In his life (not that he remembered but) he had been an artist, a writer

And so when the end of the world came

He tore it down and wrote his own ending

He gave one last battle cry

but there was no one there to hear

He hadn’t heard from his father in years

Hadn’t thought of him in a long time

Well he felt so much and nothing all at once

More than that sadness

Was there a difference between determination or just desperation.

Along with the invitation came a letter

This bastard waited until he was dead to…

Make sure he got the final word?

And he didn’t want to know

So the letter sat for years

But he could never quite throw it away

It was only when the son had grey hair

His father had been about this age when he passed.

It was short but it was enough

The son read it again and again

Until he couldn’t see through the blur or tears

“Jason, I don’t know much of anything now a days.

In fact I remember only one thing.

I don’t know who you are

But I know I love you”

And so he did the only thing he could

But there was no one there to hear

8
4
12
Challenge
Challenge of the Week CXXXV
The Game. Write about a game, any game. Fiction or non-fiction, poetry or Prose.

It started with a bit of money

What we had in our pockets really

All fun and games

But the thrill of winning a hand

The thrill of being on top

Need to feel it again

So you make another bet

A little bit more this time

The money that was supposed to go towards food

So what if you have to skip a meal or two

but here's the thing

You keep on winning

Beginners luck or maybe you're just a natural

Either way the cards love you

And then you do

You laugh it off

You can still win it back

You've done it once, you can do it again

So you raise the stakes

It's not just cash anymore.

You bet anything you can get your hands on

Property, information, everything you have

Because you have to turn it around

But lady luck just isn't with you

Then the bell rings

And it's all over

Go-fish is an unforgiving game

And the first grade classroom is an unsympathetic casino

You played until you had nothing left

I played until until I had nothing left

9
1
2
Challenge
20 words
Create a 20 word poem. It can be about anything at all. Just make sure to do your best and dream big!

The Worst Break Up

Never have I seen a sadder sight

than the lonely man

trying to ride his bicycle built for two.

17
4
4
Challenge
Write a Sad Story
Make me cry, I enjoy crying when I’m sick. Rules: Must not go off topic, Write whatever makes you and others sad. From anything, making my heart turn blue to making me sob all over my IPad.

The little boy once known as the prodigy took his spotlight.

Violin at the ready,

He played the most complex and beautiful melodies.

Songs that took you soaring through the heavens,

Suspended you in time.

Lost in the one man symphony.

Emotion and precision in perfect harmony.

And in the end,

...From his audience of two.

The streets can be an uncaring stage.

He made three dollars that day.

Maybe next time he'd have enough for a hot meal.

5
3
1
Challenge
Challenge of the Week CXXV
Attachment and Fear. Two sides of the same coin. The desire to control, to grasp, to cling. Write about attachment, or fear, or both. Fiction or non-fiction, poetry or Prose.

My heart was pounding in my ears.

Breaths so shallow it left the world spinning.

I walked forward on numb legs one step at a time.

Fear, this was fear.

The happiest day of my life.

I loved her since the day she was born.

She was my world.

Behind the curtains was a lump.

A giggle rung through the air.

or maybe it was a memory.

She was only seven.

She wasn’t ready to go.

I wasn’t ready to say goodbye.

And then she was gone.

Until I’m close enough to reach out and touch the all too familiar shape.

but I need to know.

Ready or not here I come.

In one motion I threw open the curtains.

But there was no one there.

Nothing but an open window.

3
1
0
Challenge
Challenge of the Month VI: April
Something to Lose. What does it feel like to cherish something or someone with every fiber of your being? Is it terrifying, as though any second it could disappear? Or is it a source of comfort, solid ground to stand on, an anchor? Write about having something to lose. $100 purse to the winner. The best entries will be shared with publishers. Fiction or non-fiction, poetry or Prose.

To have it all

I feel as if I’m caught in a balancing act.

One misstep and it’ll all come crashing down.

That’s the thing about starting from nothing,

you have nothing to lose.

Then you build yourself up.

Until you’re past the point of no return.

You’re on top of the world.

Of course the fall is always the worst from the top.

“No don’t think of that right now.”

And you’ve gotten good at it.

It’s all a balancing act.

No end in sight.

And that’s when it all comes crashing down.

Love's many things. Kind, Cruel. Beautiful, ugly. But mostly, It's the only reason we need