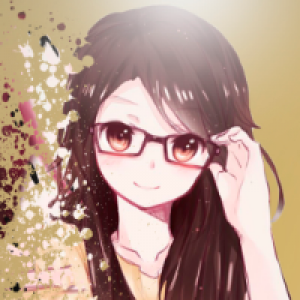 Sitting loftily atop the full rich ice cream of love.

Some people start with the cherry.

Some people pick it off and flick it, get straight to the good stuff.

Some people only eat the cherry. (Boy are they missing out.)

There are also those who hate the cherry,

And never put it on to begin with.

There’s something slightly depressing about that...

Most though, hopefully, appreciate the cherry for what it is;

The small but lovely celebration that enhances the scene of extravagance.

Wishing we were who we wanted.

Wondering where we went wrong.

We wonder why we wish when - when we wished - wishing would walk with wondering, with wrongness.

25
5
3
Challenge
Empathize with an inaninate object

We each hold a meaning in life

to use our youth.

each item is our childhood.

Pull a second one out

You leave the bag for a while, but once they need something they begin pulling more objects out. the bag begins to sink d

(This message is for all the girls out there to know that although beauty standards are high in our world, you should always put enjoying life to the fullest first!)

1
0
0
Challenge
Challenge of the Week CXXX
Have Faith. Write about the consequences of having faith in something, or someone. Does it go well? Or does it crash and burn? Fiction or non-fiction, poetry or Prose.

Faith in Everything: Restored

Maybe we should fall multiple times just to stand firmly on the ground.

Maybe we should lose what’s important to us just to appreciate what we have.

Maybe we should experience the absence of something just to appreciate its presence.

But most importantly, maybe we should learn how to let go, move forward and accept what’s unchangeable.

When God is sending strong thunders to us, that doesn’t mean He is mad.

When God is rising the ocean for us, that doesn’t mean He is punishing us.

God is giving us challenges for us to be stronger, braver and smarter.

Those are the spirits of a strong fighter and faithful warrior.

28
19
9
Challenge
Challenge of the Week CXXX
Have Faith. Write about the consequences of having faith in something, or someone. Does it go well? Or does it crash and burn? Fiction or non-fiction, poetry or Prose.

Living in the D’s

They wrapped their arms around me, tearing, pulling, stretching, ripping. I was fed to them like meat to vicious hounds. Constantly being torn apart for 18 years, and yet I could not realize. I would not realize.

Denial’s hands had twisted it’s fingers to cover my eyes, my ears, my very mouth. It blinded me, fed poison through my ears, and the arsenic flowed freely from my lips.

Doubt tore at my mind, consuming it into the open sore on an almost invisible visage.

Depression reached to my chest, grabbing at my very heart and opening it for all the world to see. It wanted pity, pity for my well-being as it slowly devoured my heart. What irony. I could not help, but pity depression itself for eating such a useless and unfavourable item.

And there it came. Self pity, pain, loneliness. Depression had done it’s job, taken it’s slow and tedious course, yet it did not change like the others. It still acted as a lost puppy, homeless, alone, pitiful. I began finding a desire within me to care for it, nurture it, give it a place to stay. I welcomed such a deceitful creature. This became my distraction.

All things were deceiving, for doubt and denial had allowed them to be. Doubt destroyed certain senses needed to understand cautiousness, especially around distractions and lies. I was in the dark, and it ruined my reasoning, played with my beliefs. Damaged my ability to seek for what I really desired, and needed in life.

Destruction was just around the corner, waiting to take a hold. It attacked me from the front, head on and without fear. It consumed me, became my very being right to the core, and I became it’s puppet. I was silently being led towards disease and death. Both were waiting for me, rubbing their many hands together in anticipation. They would not be quick in their craft. They had to toy with me first; break my spirit until I begged for endless silence.

But I was restless, and fought. There was this light that found me. A smile somewhere off in the distance. A breath of fresh air. Love. Friends, family in need. Someone was helping, and yet had no idea.

God was there, touched my very skin and doubt began to fall away. Hope entered, replacing the feeling of never will. There was still a chance. I could see again, realization swept over me, and darkness disappeared.

I had found my true path. Distractions flitted back from where they came, and I could not deny that destruction had found me. At that point I was able to turn my body away. I would not let disease overcome me, I could not give into death, just yet. I had time, and people to care about, a life to care about.

Running, back to depression, I was determined to gain my second chance. Instead I found a puddle, and there deep inside almost hidden from the naked eye, I sought out my heart. I fished, for it, dried it off, and viewed the damage done. There God was still beside me asking of me that ruined piece. I obeyed giving it willingly.

Holding it close to his heart, he healed it until there were only scars left, so I could remember, He said. Here and now I understand I could not forget this. God kept my heart stored in his cloak for safe-keeping. I knew he would cherish it as He always had, even when He did not have it.

Then He spoke to me with sweet words of wisdom “Even though evil spirits come and go, they never fully disappear. But now that I am here with you, and you have allowed me to be with you, there is nothing to fear. Have faith my child and stay close. Your time has come.”

"So you want my heart, which piece exactly?"

30
13
2
Challenge
Panic Attack
Write/describe a panic attack. Poetry or prose. Don't describe the events that led to the panic attack, but you can write a small introduction if you like. (I will be providing a panic attack of my own too :)

A drumbeat takes up residence in my ears

pounding to the rhythm set by my heart

that I can almost feel surging up my throat

or exploding through my chest, causing

Run You'll Make It There On Time They Said.

Walk You'll Make It There On Time They Said.

Limp You'll Make It There On Time They Said.

Jump You'll Make It There On Time They Said.

But what they don't tell you is to Sit and Patiently wait for the possibilies to open doors.

They don't tell you who is evil and who is nice.

They don't tell you what path to choose or which one has better opportunities.

They didn't tell me that one of my precious lives would vanish away soon.

They didn't tell me I'd end up in this world alone.

They didn't tell me You would walk away so soon and slip from my finger tips.

They didn't tell me your love for me would turn into dust.

They never told you about the possibilities of open doors and what awaits for you on the other side.

Only god knows what awaits for you and what he has to offer towards your life.

It’s the color of the sky

It’s the hue of the crashing waves

It’s what the darkness craves

It’s the color of her eyes

It’s what comes out as we cry

17
8
0
Challenge
Write an apology letter to yourself, sincere apology for that one thing you just can’t forgive yourself for...

To the girl I hurt the most.

I never meant to make you cry.

I never meant to make you lie.

I never meant to destroy your life.

So please, forgive me.

I just wanted to see you happy, and in the moment you were. I didn’t know that the momentary happiness you had would bring eternal pain and sorrow.

I tried my best to give you a good life. I didn’t know that what I was doing, was really only destroying it. I was young, foolish, and ignorant. Too spontaneous in my actions, but to slow to think.