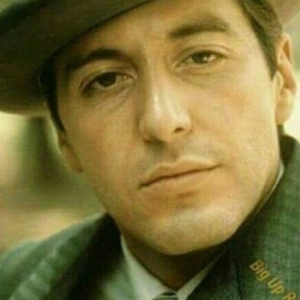 Follow
Monk
Just a cyclist who loves to write poetry formally Monkster from Ku
259 Posts • 344 Followers • 293 Following
Posts
Likes
Challenges
Books
Challenge
Horse of Dreams
For all of those horse people out there, create a horse of your dreams or better yet known as a heart horse. Any style of writing is permitted, please tag me!

I have already had the unbelievable privilege and honor to own the horses of my dreams.

From the time I could walk, I always wanted a horse of my own. These beautiful, graceful creatures who were so magical in their own way, I was under their spell.

In the fourth grade I drew a picture of my ideal horse and my mother kept it.

Through my life I collected horse figurines and the Breyer horses of course.

The whole time knowing I could never own a real horse because I was too poor.

Then after my children were grown, my sweet husband bought me my first horse!

The horse was a beautiful black and white full blanket spotted with lightening marks and striped hooves. His name was Kemosavi or Mo for short.

Mo was the same horse that I drew in school.

From the moment I met him, I felt like I was meeting my brother. We were soulmates in every sense. He took care of me when we rode out he never spooked, he always stepped carefully and he had a sense of knowing where I wanted to go without me having to reign him or leg him. We communicated without speaking.

Mo was my very best friend and I still grieve loosing him. He was my heart and soul.

Thank you to all who took part in the into the rabbit hole challenge.

The winner for the challenge is:

Congratulations on winning the challenge @dctezcan!

Here are the links to the wonderful stories& entries for this challenge.

Kiss in the Rain

To send away invisible pain,

to soothe the heat of a fever,

is through a mother’s kiss.

To feel a tremor

is through a lover’s kiss.

Then comes the kiss in the rain.

from only an angel you can feel.

… and you know kisses,

LovelyNB in Stream of Consciousness
• 34 reads

and not tell me where to

because I don't care

as long as I travel with you

Boredom is often mistaken as exhaustion.

that hole in your soul

until we allow purpose to fill it

because there is one thing

for you to carry out

where none other can suffice.

You have to be open

allow yourself to become a seeker

to experience the energy

of becoming a finder.

Opening Day. Where are the 80 million Biden supporters?

Obama (in Mom pants) at least was able to bounce the baseball to home plate.

President Trump showed up and gave it his best shot.

But, where is Biden? Why won’t he throw out the ceremonial first pitch?

Is it that Biden has a conflict with his schedule? No!

Is it that Biden won’t? No!

Perhaps, it is that as old and feeble as Biden is, he can’t throw a pitch.

Remember, the pitcher’s mound is an elevated platform.

Biden may require a set of stairs to get to the top.

And we all know how Biden is on stairs.

Isn’t there a Dominion voting machine that could help out Biden in his hour of need?

Must be racist, or something of the sort, to even think so.

Someone should cancel the culture of baseball to avoid this problem.

Harris would appreciate the effort.

The Boy Who Turns Into A Man Today

We have a Proser with a birthday today. April 1, 2003 (his time), the world didn’t know it then, but the world became a little bit of a better place to be.

In 2003, a gallon of milk was $2.95. College tuition: $14,500. The Kite Runner by Khaled Hosseini was the most popular novel. Top movies: Finding Nemo, Lost in Translation, Pirates of the Caribbean. The Tampa Bay Buccaneers won the Super Bowl, and oddly enough, 18 years later, they did it again. Also born on this day: Storm Reid – Greta Thunberg but along with these, came another living, breathing soul that I feel is destined to change the world—one written word, one spoken thought at a time.

The title is a bit misleading as I have come to think of him over the last several months as a young adult, not a boy.

If there were ever one such as he to have the biggest heart, the most honest and open way of expressing himself, his views, how he explains himself when he comments on someone else’s posts—well, I just don’t see too many purer souls other than Chacko_Stephen.

I have never told him this, but I have considered Chacko to be the son I never had, and one of the truly best friends I have come to love for him being who he is. No pretense. Just an honest and sincere guy you can’t help but like.

So please join me in wishing CS a Happy 18th Birthday!

(All virtual gifts for Chacko can be left in your comments to him.)

was way too little

to get on the amusement park ride.

his knee and a fiddle

and they both sat in front and cried.

Along came a shoemaker

and a bottle of glue on his side.

He offered padding and glue

to adjust their shoes

And dry the tears from their eyes.

is having fun riding on all of the rides.

Thanks to the shoemaker platform shoes

and his bottle of glue on his side.

I am sick of your pseudo persona

the alter ego has got to go

Well aware of your prided identity

the cocksureness you wear well

such hubris leaves me rootless

in your smells of shrewdness

Ye' think one is better than me - ha!

I think not imperfections suit me.

God stands tall before us - introduced us once or twice before

who can we trust with lips pressed shut

I shall hush for now as discussed.

I just need to adjust this oddly looking crown of mine first!!!

before my words combust a nobel "Fuck You, stop being so unjust."

Eyes forewarn the broken wombs of doubt ~ bones of blindness lost in grasses blades ~ hollow winds worn and grey ~ lifted foreheads toward the twilight skies ~ upon blue moon crest, where golden crowns sit atop and rest ~ nightingale's sing by rivers spring beneath a dancing breeze resides sulking flowers repressed leaves green ~ deepening hope fades through strains of sand ~ long-fingered grip swimming toward shallow lands ~ thy, shall not despise of such blushing lips which bend in regret ~ So say, vain? While emptiness stains solitude through grief and despairs rain ~ fueling sanity by flames ~ growing poppy seeds of infinity in alabaster hearts ~ Tis, black roses sprung in such mourning ~ one should not be disregarded by nocturnal warnings ~ lying in surrender where eternal wearying rest and flows in absence of each winter's snow ~ fare forth the sun aglow ~ Sol on Sol.