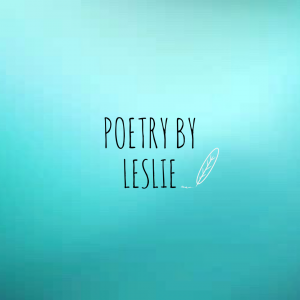 me, I was thrown out.

my love for her outs.

Is it how you talked to me like my opinion mattered

or maybe how we could relate over the stupidest things

that I miss the most

Danceinsilence in Stream of Consciousness
• 159 reads

Upon A Grassy Hillside

encased in an aura,

Songs ring in my head,

songs from days past,

love is such an easy game,

you win, you lose.

the day will begin,

but the songs play on.

29
10
34
Challenge
Someone comes knocking at the/your door. Who is it? Do you let them in?
Poetry, story format, write on~ enjoy! Don’t forget to tag me in the comments section. :) I look forward to reading the entries.

The sunset went to bed earlier than expected.

Meghan spent the day meticulously cleaning, cooking fancy food, and rearranging the furniture in the house.

She wanted to set the perfect vibe before her date, Jeremy, arrives.

She was anxiously looking forward to the night for a compassionate union with him. She loved him very much, and she wanted them to be one in body and soul, breathing the bliss of an intoxicating fire together.

For the first time, she felt this unique longing for him. She felt different, wanting a man to crawl under her velvet-silky skin since she’d moved away from Sin City, and changed her identity a decade before.

A sound of oven beeping brought her back from dreaming. The final food preparation was smoothly completed; delicious dessert was finally ready.

After setting everything on the dining table, she went upstairs and took a shower. She dried herself up and put on some lotion. Then, she sprayed a hint of perfume on her chest. Finally, she changed into a soft and silky short dress that glowed her radiance. She finished with her long hair ponytailed and tied with a two-prong hair comb.

She wanted to set the mood right for them to rejoice when her lover would arrive. The fragrance of anticipation filled her heart.

She glanced at her bedroom. A brand new pair of soft bed sheets were changed. The room was dimmed with candlelight, and champagne was chilled in a wine chiller, with two crystal glasses sat next to it.

She happily signed and felt it had a magical touch and feel. Everything was set and decorated perfectly.

”Tonight, it has to be the perfect night,” Meghan said excitedly, as she waited for Jeremy to finally arrive.

The anticipation was killing her softly.

They had been in a relationship for about a year before they decided to take things to the next level, meeting at her flat and creating an everlasting memory.

The knock she’d been waiting for came an hour later. She rushed and opened the door with a big smile.

”Hello, love,” said Jeremy as he swept her off her feet and gave her a warm kiss on her soft lips.

She returned the favor by letting her long fingers dance on his neck, her lips still etched to his.

He then gave her a dozen red roses, which he hid behind his back.

She took him straight to the dining table so they could eat before the food got cold. They sat opposite to each other, conversing about their days and sipping red Merlot wine, and barely bitting into the delicious food.

An hour went by before they thought of having a dessert. The discarded that idea, and he carried her upstairs to the bedroom. He slowly put her down on the bed and started kissing her gently. She felt the fire burning inside of her, and she laid back for him to take charge.

She closed her eyes and dreamed of their dance. When she opened her eyes though, she was staring at a shining knife, which he was about to pierce it into her chest like a dagger.

He looked down into her shocked and terrified eyes. He smiled with a grin of satisfaction.

”You thought we were going to have a happy ever ending night, didn’t you Jill?” Said Jeremy, pushing her down firmly on the bed, and choking her tightly by her soft and fragile neck.

”How could you remember me? You ruined my life and just vanished into the thin air. I am sure you settled your score thinking that I’d be dead before we’d meet.”

”But, one lucky day, I found you while I was wandering around on the web. Thanks to social media, those pictures you posted on Instagram while vacationing in South Africa were killer ones and my favorites.”

”On those photos, I loved your throbbing smiles and sensuous poses.”

”Don’t be surprised. Yes, it is me, Phyllis Clarke. Remember, the young boy you let rotten in jail for fifteen years? Yes, fifteen long damn years.”

“No worries, you will soon be forgotten just like as I was. Tonight, the wait is over, and you’ll pay severely for your past transgressions.”

He let the shattering fear sink in her baffled mind before he continued.

“You see, we all have to pay for our sins. I’ll make you pay yours tonight. I can’t wait any longer until we meet in hell; eternity is for losers.”

“This is no vengeance but punishment. Pure punishment for your dread deeds.”

Her mind was spinning out of control. She couldn’t imagine being murdered by the same person she’d run away from when she was a teenager. He put her through hell back then and ruined her life. Now, she didn’t want to allow him to inflict the same agonizing pain on her again.

She wiggled frantically and began fighting back. She wanted to get gain balance. She refused to give in and die by his hands without a fight.

She decided, “Not tonight or any day.”

As she moved and kicked him around, he started paper cutting her arms and thighs. The soft bed soaked in blood.

She had to do something to get rid of this lunatic and menacing man off her.

At that moment, she realized it was reckless of her being on social media. Her life was a secret for a long time. She was living in the shadows. She was invisible since she changed her identity and moved away after he was incarcerated. When she decided to join social media, she’d never thought of any harm to come with it, because she was tired of being invisible anymore.

Besides, how would she expect to be haunted by him after all these years later? He wasn’t supposed to be out.

As different thoughts ran through the fibers of her being, she kept looking at his beautiful face. She couldn’t help but admire what he had done to it. She couldn’t yet believe that while she was on the verge of taking her last breath, all she kept thinking about was his new face. Whoever did the plastic surgery, they did an exceptional job.

She dodged that thought and began screaming and begging for her life. He punched her on the mouth.

As he held her down securely, she struggled to free herself. She was losing hope, but she remembered she had a long two-prong hair comb. She reached into her ponytail hair and pulled it and jammed it into his neck repeatedly.

She knew she wasn’t a match for his strength. So, she focused on driving the sharp object into his neck as fast as she could. On the fifth stroke, he moaned and collapsed on top of her. His soulless weight sunk them on the bed as blood was gushing all over her face and chest.

When she pushed him away off her, he made the last wheezing sound and took his last breath.

“We won’t be meeting in hell anytime soon,” Meghan said and walked towards her phone on the nightstand to dial 911.

MariAntoinette in Stream of Consciousness
• 72 reads

Fairytale lantern in the sky,

Darkness seems to swallow all

inside a nighttime lullaby.

Light to break through

The sun to warm the land

Making way for the babes and sprouts

That the fields may spring up

And villagers shout for joy

At the turn of the weather

The retreat of the dark

A sharing of the heart,

A clarity of the mind,

A release of fright,

A giving of delight,

A shedding of weight,

Safer at a distance

Quiet is right for

Calmer at a distance

Bleaker at a distance

Would it have been

If I had tempered

And let the dose

Would we have smiled

For an extra day?

I must relieve myself of these messages

Constancy, they try to convince me

To ignore these fiends

And delight in what

Is in front of me