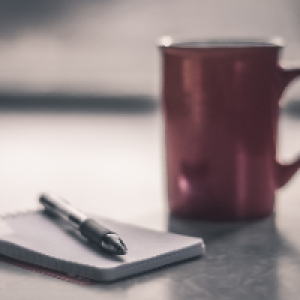 It's your turn to find me.

For your heart to race at the sound of my voice.

To be left speechless at the sight of me.

To feel empty in my absence.

Hanging on every word 'til the next time we meet.

To feel butterflies in your stomach and yet remain flightless because I ground you.

It's your turn to catch me and promise to never let go when you do!

Children of this age,

They are broken little things, their minds decayed.

They crave for temporary pleasure,

And know nothing about things that last forever

A hot afternoon in a busy mall. The sound of people's voices buzzing as their footsteps shuffle past. Children running around, some screaming,but never too far away from their mothers' watchful eye. The aroma of freshly brewed coffee from a cafe; sweetness of freshly baked pastry rising in the cramped air. A few people have lit their cigarettes and somehow the smell doesn't bother you but creates a certain warmth mixed in with the rest of the scents in the building. It then carries your memories back to the airport when no one but the 'tourists',because that's how you knew them all those years ago, would be smoking one up. And it is from the airport that you remember receiving your father from a trip he had taken just a few days before. The excitement of an innocent and naive child amused by big planes and daily life occurrences that took place outside of her calmly home.

Home, where Saturday mornings meant doing laundry, and cleaning the house like it never saw a mop the rest of the week. Then the buzz died down and the afternoons were spent either going to the market or lazily watching TV.

1
0
0
Challenge
Writing with a quote
Write a story with the quote "I don't miss them. I just miss who I thought they were. " It can be in the story or just the idea of the quote

There was an easiness to him. A sort of calmness. It was easy to fall in tune with who he was. Easy to lose yourself too in the blinding brightness of his light. You never knew when you made him the center of your world but you knew you could not walk away from the pull. That's the thing, isn't it? Not being able to walk away because somehow you convinced yourself life just wouldn't mean anything if you did. So you stay, even as time goes and life changes and he changes, you remain the same. Stuck in the world you both created. And then somehow, by some miracle, you free yourself and you see things for what they are. You realize you became dependent on him for happiness and a chance to feel something. Maybe it was because he was no longer shining his light on you but on someone else and you stayed in the shadows, his not-so-warm side.

I don't miss them. I just miss who I thought they were.

“In one lifetime you will love many times but one love will burn your soul forever.”

"In a world full of variables, you are my constant."

2
0
0
Challenge
You're teleported exactly ten inches to the left.
Do what you want with this. Tell me what would happen. I'd fall off my bed, you?

Ten inches to the left and I'm sitting uncomfortably on the edge of my bed.

I could put my foot down to stabilize myself but the floor is cold and i want to be warm for as long as i can.

So then I feel it reflects my life.

I would rather suffer through discomfort for a glimpse of momentary pleasure than make up my mind to experience a new challenge that would in a way be to my benefit.

Life is funny that way but at one point something has to give and the foot will eventaully come down.

You were the sun,

I was the moon,

All around us was an eclipse,

We were just too caught up to see it.

Too immersed to realize that we were not

resting in our designated places in the universe.

The moon cannot be in the same place as the sun

and even when she is, is forever in the background,

An object in the blue sky that appears every once in a while,

I heard that the moon is drawn to the sun, and that is why she longs to be near him,

and the sun though he longs for the moon cannot be in her presence for fear of taking away the little light she holds over the realm she is allowed to rule.

Perhaps that is why we could not be in the same place in time because we were both out of our worlds.

And now that there is no longer an eclipse and the world around has become brighter,

I can only hope that we are both happier with what the universe has allowed to take place.

If at first the words don't flow try and try again.

1
0
0
Challenge
Why do stars blink?
Anything goes, just remember to tag me @DidYouEatYet!!

Stars blink to send signals to mankind as a warning.But we don’t get it because we like to romanticize everything. I mean look at how we view shooting stars. We make a wish upon a dying piece of space rock. If you thought Thanos was bad, what’s coming is even worse.

Her laughter rang out louder in my thoughts than it did when we were together. Consciously and unconsciously it was a continuous torment even after I had been freed of her. The torture she had inflicted on my body was ingrained in my mind. Some times if I closed my eyes I could feel the coolness of the blade against my skin.

I had grown an unnatural fear of the dark and often slept with the light on. It had been two months since Cleo had kidnapped me and locked me up, but to me it felt like years had passed. I could still see the bruises she left on my body, and scars of wounds she artistically carved on my skin like some form of branding. Besides the psychological torture I believed she liked the scarring the most.

I had grown an unnatural fear of the dark and often slept with the light on. It had been two months since Cleo had kidnapped me and locked me up, but to me it felt like years had passed. I could still see the bruises she left on my body, and scars of wounds she artistically carved on my skin like some form of branding. Besides the psychological torture I believed she liked the scarring the most.

I stared out the backseat window my hand idly rubbing a scar on my neck. She had planned for it to be the last one; the one that would end me, consequently ending her vicious game. She had said that she would miss me, but the evil look on her face made me think otherwise. There was no way someone like her could harbor such feelings.

I sighed and pulled my jacket collar higher. It was enough that my face was all over the news. I didn’t want anyone to recognize me and consequently start looking for my scars.

My driver, Steve was understanding. He didn’t ask questions except for where I wanted to go. He was also my personal body guard. I was no one of importance but the office made a big deal of my disappearance. I guess being the managing director of a big company had its perks. I didn’t understand the fuss. Cleo wasn’t going to be a problem anymore and I was a topic of discussion in most social settings that mattered. I doubted anyone would want to harm me again. “It’s all precautionary Dave.” they said. It was a waste of money, fortunately not my money.

I sighed. “Just one hour. An hour and we’re done.” I said to myself. I let Steve open the door for me before I stepped out of the car and walked toward the building.

The day was nice and warm and I instantly regretted putting on my jacket. I thought about taking it off but something stopped me in my tracks.

It wasn’t a figure passing me by and neither was it the sound of someone laughing. It was a scent I had grown accustomed to. A scent that had been pleasure at first and become pain. I found myself turning toward the direction of the scent, in what I could only describe as fear. I knew there was no way it could’ve been her but I wanted to be sure. I looked lost, turning in my heel, sniffing around like a dog. The trail of the scent was lost and all that was left was a group of people who either thought I was insane or on the verge of running mad.

“Steve.” I called. He was by my side in seconds.

“Everything okay boss?” I could see genuine concern on his face and I was grateful for it. He had been around for all my emotional and psychological break downs. There were times he had carried me to my room when I was too weak to move. He more than anyone understood what was going on.

I watched his concern turn to instinctive alertness. His eyes began to sweep the square until finally he looked backed in my direction and offered to guide me back to the car.

“Let’s get you home boss,” he said opening the door for me.