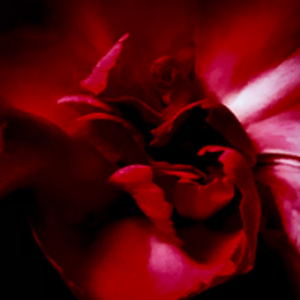 Follow
RosemarieThorn
I am an want-to-be author. I am currently posting a chapter a week on my book "The Dancing Boy."
190 Posts • 45 Followers • 29 Following
Posts
Likes
Challenges
Books

Of course his mother would plan an entire day for them, and leave all the instructions in a little basket. The Monarch was putting more effort into his relationship than he was.

Lady Elizabeth was enjoying her cherry tart as she picked loose blades of grass.

"You don't like to chat," Elizabeth said, flicking a dead leaf at him.

"Looks like you don't eat eat either." Her face contorting into one of slight disgust.

Lady Elizabeth laid back on the grass. "You are by far the most boring man I have ever met."

"If I am boring that means I can't surprise you."

"It means you can't entertain me, which is your job... and maybe I like being surprised."

"Surprise, I am boring."

Hemlock rolled his eyes standing up. "Come on, lets head back."

Hemlock inwardly screamed, then calmly said, "Only if you want to."

"I don't want to," She said definitely. "I want to stay here, besides, you have not finished your tart yet."

"I guess we are going to have to stay here until you are then."

It is us against the world

"Its you and me against the world."

That was the last thing she said to me before running to the front line.

"Its you and me against the world."

I said as I entered a cold room, her body on a table.

She said when she woke up.

No end in sight

Blessed be the ashes of our love that was never meant to be.

And I internalized it.

The harm became what I was.

So I bless the ashes of our love,

Because it was never love.

It wasn't even tolerance.

Aldric grabbed two books and shoved them into his shirt, then he sped out of the library. The facade he had to put on was tiring, but he had to keep is mother convinced that he had changed, that he had finally fit into the mold that he had laid for him.

When he got to his room he dumped them into the closet with the other twenty three. All the books were different, if anyone found him out, they wouldn't guess what he was trying to do. He had books from The Art of Sword Dancing to Plants in the Real World to The History of Roterin and the Surrounding Kingdoms.

He regretted coming back to the castle three weeks after his return. It was never meant to happen. He didn't mean to leave Randolf and Leif, but it had happened nonetheless. He had snapped, he had let the side of him that he never let anyone see out. He had hurt people, and now, to keep his mother happy he had to continue. It was sickening, and it scared his soul out of him. What would happen if he snapped again?

He crawled under his bed and pulled open a book, the cover read Tales of Saint Lacerta, but it wasn't hard to deconstruct a book and change the pages inside to those of Eatable and Poisonous Plants.

To any person, these books would just look like Aldric picked up some reading due to boredom, but Aldric knew exactly what he was doing. He would learn what he could, so that when he saw his friends again, he could help them.

There was a knock on Aldric’s window.

Aldric shoved the book under his mattress and shoved himself against the wall.

Why was someone at his window?

1
0
0
Challenge
Rewrite a well-known story from a new perspective
Take a famous fairy tale, myth, or popular literature and rewrite it in a different perspective than the original. For example, you could write from the popular villain's point of view, and find a way to justify their actions. Or alternatively, maybe one of the characters has an unexplored motivation that you can focus on. No word limit, poetry or prose.

Cursed with a Blessing

Everyone whispers my name. Never daring to come close.

Those that saw me, never breathed again.

My Patroness could not punish the one who hurt me,

but she could protect me from further harm.

She blessed me with a curse.

My hair turned to snakes, my eyes my defense.

I spent my life in her temple, My only company the men who tried to hurt me.

Then one day someone else came.

He hurt me, He killed me,

A little mirror, my end.

In my death his children was born.

The man who started it all, his children.

The children? Pegasus and Chrysaor.

1
0
1
Challenge
Mix-Tape Story
Tell me a story using only song titles and artist names. (Inspired by "Love and Other Catastrophes: A Mix Tape" by Amanda Holzer)

All I've Ever Known

In the Gathering Storm,

9
2
4
Challenge
Ask yourself
What makes you get up from your bed every morning?

The only way I can

I fight my mind every sleepless morning to get out of bed.

To face another day full of emotion I don't want to feel.

The only way I can manage to do it is to tell myself, it will not always be this way.

Randolf dumped his pile of wood on the ground in front of a hastily made lean to.

They had been constantly moving around, never spending three days in the same spot. They didn't know if the dogs had been sent after them or not.

Leif woke up to the sound. "Up early?"

"I am going to leave," Randolf blurted. "Not like Aldric, just for a day. I need to check on him."

He had been thinking about if for a while. When Aldric had left, he thought it was only for a few hours, then it had become a whole day, then a week, then a month.

Randolf didn't even know if Aldric made it to the castle, or if he had survived the Monarch's wrath when he got there.

"That is a stupid idea," Leif responded. "If you take one step into the outer city you are going straight back to the Monarch's personal hellhole. You know that."

"You have got a death wish.

2
0
0
Challenge
Inanimate Objects
Name an inanimate object, and tell me a story or poem about it, which can be real or fiction. For example, I named an avocado plant Jeffery and had him for a year.

There was once a little slate blue vase named Sue. Her home was the side table behind the couch. Her job was to hold a single fake purple rose, but she didn't mind it.

Sue was often forgotten about, her insides filled with dust and bugs ran around the table she called home.

Then one day a strange man came running around the corner and tripped upon the table where she stood.

With a great tumble Sue fell to the shining wooden floor where she shattered into a million shards of glass.

A woman came and picked up her pieces and began the long process of putting Sue back together again.

Weeks later Sue was back at her dusty home, holding her single fake purple rose, but this time there was something different.

She was not just a little slate blue vase anymore, for now she was laced with gold.