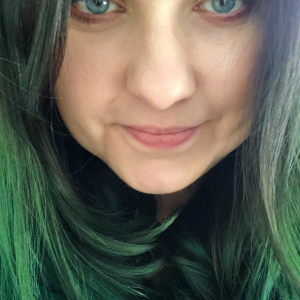 When I started out, I preferred anonymity, and used Prose as my safe space. Just my little corner of the internet to bleed onto the page, no strings attached. I was (and still am) absolutely thrilled and grateful when two of my amateurish poems were featured in the Prose Anthologies Series Vol I and II in 2015.

Fast forward to 2020 and I still write, but occasionally. It would seem I have subconsciously traded writing prose for writing code, and enjoy every minute of it. It allows me to write all day long and watch my “words” (or should I say “commands”) come to life – quite literally!

This right here is my digital time-capsule. I find myself interpreting every piece I’ve written differently whenever I re-read them out of the blue. I figured it’s time I gave my past self (hopefully future self too, quarantine has reignited a tiny creative spark) the due credit she deserves. WriterAtHeart is Shivani Mangaleswaran, and vice versa. Welcome to the inner crevices of my literary mind, you’re in for a bumpy ride.

some of us never grow old, for crow's feet are unlike tree rings. the joy is voluntary, the memories like balm. you can never grow old is your spirit is young.

i mold visions of you in my mind and from my hands, your likeness shifting with every pinch and nick of clay. i think i know that it’s not you i want, but what you became under my vigilance.

indego in Stream of Consciousness
• 63 reads

My heart is a vestigial structure in my body. It beats with no purpose, pumping blood to ensure the survival of a human who has so long forgotten what life is meant to be like. Some claim they love with their hearts, but I do not even live with mine. Instead, it’s just a heavy weight holding me to this world, cursing me with an existence so cruel that even the air doesn’t want to support the vulgarity of my breath.

Yet, my heart beats.

It doesn’t understand the complexity it has caused by allowing my existence. Steady and set on it's goals, the heavy consistency of life is placed on my shoulders. My brain, powered by this loyal rhythm, questions every passing moment. Yet, even my head has managed to stay steady in it's constant pursuit of knowledge.

My body has fallen into the steady rhythm of life that it was so destined and designed perfectly for. It leaves me, then, as the sole flaw in this design. My soul has become the very desecretion of the Universe's miracle. Trapped within the security of these ebony towers, I have learned to live imprisoned to the steady thump of my heart and the constant sparks of my brain. Liberation of the soul is nearly impossible.

Many souls have learned to live within their prisons. I pass by them every day, wondering what it must feel like to never question the freedom of death. Because that's all there really is, isn't there?

And so I live. It's this placated constant between my prison and the simple beauty of disappearing into freedom. My soul remaining in a subdued kind of pain. My brain firing off distractions to keep afloat. And my heart, ever steady, proclaiming the curse of life into eternity.

Eight letters. Three words. The literal manifestation of connection in a sentence.

Yet even typing those words makes me want to puke. Because it's so wrong to just write like that.

I used to say it. All the time. To all my friends. To all those I met. Platonic, romantic, or not, I'd profess my love for them all. I didn't mean it inside. It was just a word. Meaningless like the rest of the language I stumble through saying.

But it wasn't till I sat and thought about the power of that word. Wars waged over that word. People died for that word. Some heard it every day and others never even graced by it's presence.

I had started to dilute the meaning of love. Because as much as I try not to be a hopeless romantic, I can't stop myself. I dream of you. Man or a woman, I do not know how you have formed. But you are here. In this world and on this earth. And if I am ever blessed with the fortune of meeting you, I will utter those three magical words again.

But till then, I keep them trapped inside. Unspoken for anyone, even me.

I promise I won’t write about the beach.

I won’t call them sea-kissed shores

and speak of all the love there,

how each night, the waves carve the sun

a tiny shrine, so when it comes up

each morning, there’s a new miracle,

and the next shake of the moon.

Can you believe the waters don’t dread

the recreation? Faith is an effort

in itself. I have said too much

now. I have broken my own rules

on renewal. Should I leap

to similar subjects, speak of all the ways

I’d rebuild for you, too, all the shades

of scarlet I’d paint the walls

if you said you liked red

and I knew you were headed home?

10
3
0
Challenge
What's the story behind your user name?
This is an oldie but a goodie...tell us how and why you choose your identity here on Prose?

An assidious aspiration and aegis of aligning utter anonymity ad hoc unto aiming at unwraveling anyone and everyone's utterly untapped aptitudes and ambitions. An allusion on an obviously awestriking orchestration of armageddonesque escapades. An aura, an ambiance, encompassing uncollected accolades accrued out of abbreviated adroitness. An audacious attempt at antithesizing and antagonizing otherwise avarice and allowing online atonement at astute ease. An appraisal apropos antipathy against algorithmic alacrity - ad infinitum.

I squeeze life to forgot the horror story outside I squeeze the little left to love.

forget my organs remember only the pretty parts

Aronofsky I guess is a Mengele

Men are organs too but visible

So no one wants to remove them

(They do but it is not state sanctioned)

We cannot see what is in the woman hiding inside her bodies,

it is hidden and she spends life to not seem like an organ and being one anyway.

Dropping pieces of organ into the air.

compelled to reveal it, to remove it and to take away what is

what is it this thing we call you?

I’m Dying With You

I’m dying with the cowards

I’m dying with the heroes

I’m dying with the barflies

I’m dying with you

I’m dying with my dog

I’m dying with all the actors

I’m dying with the guitarists

I’m dying with your people

I’m dying with the cities and towns and countries

I’m dying with the warthog

and the Siamese fighting fish

I’m dying with the rivers and mountains

I’m dying with everything natural

I’m dying with the flower, the pastry chef, the old men behind

I’m dying with the children

and parks and playgrounds

I’m dying with designers and congress

36
14
15
Challenge
Challenge of the Week CCVI
You've found yourself standing at the gates of Hell, and you're given a typewriter and one page waiting in it. You have one short poem to either keep you out, or shove you in.

Hate came storming in the door

ready to drill into damaged heart.

Hate had watched Love through cracks

distorting exposed image in his mind,

contaminating her senses, stole her soul

damned to Hell where lonely lies,

larger and larger, the cyclone grows,

Love is the conqueror and purifies pith

warming the cold and sadness therein,

I see you two struggling together

Part of me wants you to break up

The other wants you two to make up

I know I’m in love with you

You know it too

I told you when I was high

I know we can’t be together

But I want you

I want you to be with me

But that can’t happen

Because you love her

This hurts so much