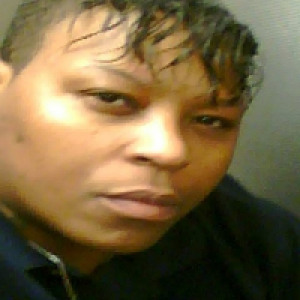 Follow
SharondaBriggs
I am an Author/ Illustrator and self publisher of over ten books. All to encourage children to read again. Fistchallenge4kids is an organiz
439 Posts • 366 Followers • 753 Following
Posts
Likes
Challenges
Books
Challenge
Challenge of the Month XXXIV
Alright, you magnificent psychopaths: $100 in the winner's pocket. 100 word minumum, no limit for maximum. Minimum number of entries required: 25. For this one, the winner is chosen by the most likes. Long poem or short story. Or long story. Light in on fire. -You're an alcoholic detective in a dangerous city, 2030, where technology and instant sight identification from any lens anywhere will not only identify the person, their history, their DNA, but also their personality profile, no matter who they are or where they live. Yet, a mass murderer has successfully evaded detection, forensics, and leaving behind even a molecule of DNA at the scenes of the crimes. But, your bloodhound nose is onto something...

I Nose Who It Is

Being a clever detective as I am,

I can find any crook with a can of spam.

Someone has been killing under the radar.

The police don't know who it is or if they even drive a car.

Using the information that I have encountered,

The murderer is close and someone else found her.

The crime scene is taped off and the body is still.

A look on her face made the whiskey in me chill.

She had on a uniform from a grocery store.

When I smelled the spam, I wanted to know more.

I used a broken bottle to scan her profile.

She was young, beautiful and worked on the chemical isle.

Even though we didn't detect any DNA,

I saw something glowing from her nose right away.

I looked at her finger to see if she picked her nose.

But no evidence of that showed.

What was the substance I could barely see?

Cause of death was an aneurysm in her sleep.

I put a q-tip in her nose to find out what I saw.

Low and behold it was poison from a plastic straw.

A type of poison that evaporates as it hits the air.

But residue is left if it contacts hair.

Mystery solved and here it goes,

Is found her dead from spraying her nose.

She worked at the grocery store on the chemical isle.

The chemicals mixed as she put them up with a smile.

Her cart was leaning and the wheel fell off.

The guy from can goods called the boss.

The chemicals fell over on the canned meats and spam.

That should tell you how good of a detective I am.

They picked up the mess, but never cleaned the cans.

And our murderer even forgot to clean her hands.

As the customers purchased the poison cans of meat.

Our murderer was dying slowly in her sleep.

You see, every day she went home the chemical had mixed for no reason.

Washing her hands every day didn't stop what she was Breathing.

That silent poison had killed a lot of people, just from touching the cans by hand.

Her nasal spray was leaning against her spam for lunch can.

A silent killer, killed them all and I solved it with a glow.

The murderer is a woman worker,

With poison in her nose.

One Less Good Man: In Memory of tWitch

A lonely cry above a silent bush, a yelp above the trees. A weeping heart, a mental push, a slow buckle at the knees. A strength to pick up a million men, a weakness undefined. A beauty in a family made of his own, a loss seen by the blind. A conversation may have changed it all, to catch the angel before his fall. A slow and mental silence dwells. As we watch this angel as he fell. Now he's gone no reason or whelm. Was there anything here that could've saved him? Was there a reason for him to show a smile that was filled with tears of misery. I offer my condolences and a mental hug for his wife, children, and family.

15
4
14
Challenge
An Obituary to 2022
Write an obituary to 2022…be it the year in general or in memory of your year personally. Obituary format only. 200 word maximum.

In loving memory of 2022, a million beautiful babies were born. And a million beautiful children are gone. The average working man, made more money, while the average politician doubled the prices. It was a year of confusion and stability was a dream. The average family home was budging at the seams. People are scared to buy cars because gas is so high. Covid was controlled down to one house per neighborhood. 2022 and our ex president brought violence to a whole new high. And trafficking is ignored by the eye in the sky. Wal-Mart became the place to release all of your pain. No not shopping, just for going insain. 2022 will be missed by a million families that lost their love ones while the year was departing. May God bless everyone that struggled through this year, and all of our Angel's that fell victim to 2022 demise.

At twelve I go and sat on my curb.

I flip, I mix and ponder my words.

My neighbors are sleep and the howlers are awake.

My dog is staring at me, as if I were a juicy steak.

I do this often, but not enough.

Bonding with the universe is getting to be tough.

I don't have a rooftop to sat on or lay.

So I go to the curb to think of what I want to say.

I start off thinking of a sexy escapade.

I end up writing, it been a while since I've been laid.

The world have no meaning anymore.

Your car is your car, and the door is the door.

It used to be an entrance to your fabulous life.

Now it's an object that separate me and the wife.

Your car was your savor for a great escape.

Now it's a hideout for your children to Vape.

At first you were wondering why I choose the curb.

But after reading this poem, it doesn't sound so absurd.

How dare you judge me for expressing myself (ripping my shirt off showing my breast)!

SharondaBriggs in Stream of Consciousness
• 31 reads

A silent conversation screaming to be heard.

A gesture of warmth

but not a word.

Floats through the air.

Never touch me again is performed in a stare.

Whatever Angel that put you two together before...

Has broken wings and

is now laying on the floor.

8
5
7
Challenge
Fall Back
Poetry Only about Loving or Hating the time change that will happen in most U.S. states late this Saturday night

When I fall back, my body falls deep.

Into a relaxing thank you for that extra hour of sleep.

When I spring forward, my body moves slow. My dream was cut off,

it had another hour to go.

If mankind could leave alone what nature put in place.

No one would wake up screaming coffee with a zombie face. LoL

13
5
9
Challenge
Thankfulness
Studies have shown that those who take time to list 5 things they are thankful for each night become measurably happier. Write in any format the 5 things good in your life

SharondaBriggs in Stream of Consciousness
• 33 reads

I'm thankful for God choosing me to trust with his most important duties.

I'm thankful for the parents he gave me to learn from.

I'm thankful for my sight, my health, and the right to be heard.

I'm thankful for all of my reader and followers on anything I do.

I'm thankful for my family, children, and friends that loves me for me.

12
2
10
Challenge
Tell me...
Tell me that you are hungry without using the phrase "I'm hungry". Poetry or pose, any way. Tag me when you do it. Thank you

No! You stop growling at me like I'm a piece of meat.

You settle your g-butt down because I AM going to sleep.

With or without your permission, it will be done!

Okay, I'll get another Pringles...but it's the LAST one!

6
3
10
Challenge
Sanctified
use this line "Harbored in the ways you won't forget, lies your little kind of sadness" it can be poetry anything!! you can listen to the song where the line is from if you want Sanctified- by Matt Maeson

"Harbored in the ways you won't forget, lies your little kind of sadness"

Disguised and set aside, to prevent chaos in my world of madness.

A subtle understanding of stress and torture rolled into your brain.

Hurt and pain remain a likeness in a body full of emotions.

But through it all, we settle down and apply full devotion.