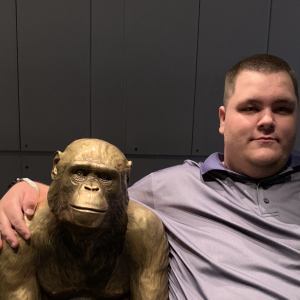 This ain’t on me

Flap your feathers, where we goin

Opened eyes and we’ll be soarin’

Avoid them clouds for it is pourin’

We’re crash landing in a Boeing

Bring us down, quick descent, no regards, that’s what you do

Just quit playing, take us Up, with a million & one balloons

I’m inpatient, don’t got time to take this deep into the night

This nocturnal shit ain’t workin’, you forget what it’s about

Navigation so uncertain, course correction, hear me out

This ride we is traversin’, bitch it’s cold, can we fly south?

You’re just robin us of flirtin’, stop your hurtin’, don’t you pout

Am I pilot, am I steward, what’s my role, who is who

Take us down, our layover, I’m departing, no more dual

Engine smokin, need inspectin, I’ll get my bag, you refuel

My feelings are a crime, guilty to the first degree

When I close my eyes, it’s all I need to see

But deep down I know, you’re the eventual death of me

As certain as the leaves that’ll fall from the trees

I don’t have a choice, it’s been issued by lawful decree

This isn’t even sweet, but I’m attracted like a honeybee

I hold in my feelings, refuse to utter a curse

Instead I write them out, in another sappy ass verse

Worst case, I end up in the back of a hearse

Best case, we exchange “for better, for worse”

But the former is likely if we can’t even converse

I lock up around you, even if I rehearse

I only get halfway before I throw it in reverse

I’m undersold and overwhelmed, wish these thoughts would disperse

I’m talking to myself, you don’t hear what I’ve to convey

I wouldn’t dare put my emotions on public display

I know this shit is cheesy, just another weak cliche

Just give me your truth, something I can take away

These feelings are not an act, a facade to portray

Let’s get lost for a hour, take a drive in my Chevrolet

There’s no pressure, I promise you all the leeway

But this is fantasy, I can tell by your lack of tone

No longer going off, you popping up in my phone

We’re wilted and brown, stillborn, not ever to be grown

I’m a fool, took this long to realize and to have known

We never dreamt together, but separately, on our own

For you this is a speed bump, I’ve clearly overblown

I wished you’d used your words, not the sticks or the stones

So I’ll put down my pen, close forever this book

This never ending stalemate, your queen and my rook

I thought I was the pan, maybe I’m just the hook

Your actions speak loudly, not even gifted a look

Maybe you’re right, and that’s all it should’ve took

Seasoned to perfection, but severely undercooked

We were a roaring rapid, but now a babbling brook

And after a hell of a ride, I hope you’re just as shook

In closing I will say, only for you to hear

I’m level, made peace, I won’t conjure another tear

You’ll pioneer a new frontier in your amazing career

My presence, disappear, my writings a souvenir

Leaving nothing to chance, I want my words to be clear

As we gear to persevere the second half of the year

I’ll give you the space, let your mind wipe the smear

I won’t come near, wouldn’t dare to interfere

I meant it then, I mean it now, forever sincere

I wish you the best. Whatever direction in life you decide you need to steer.

Where I can shutter my mind

Seek refuge from the never-ending rain

Be the sunlight that burns away my fog

Whether it’s your somber melody

The light guitar that hovers

What I long to hear

In the way only you can

You have my undivided attention

Sweet honey that drips from ears

Soured beads racing the length of my face

You know the place

Where it all makes sense

When the rain isn’t so loud

Can’t think more than 5 minutes ahead of myself

Only forever fired my synapses

I hope to make it another 24

Yes, I’m back on my bullshit

I think for one whole

I’m getting feeling back

I rub the crust from my rested eyes

Run my hands up and down my grizzled cheeks

The reflection I see

In an honest mirror

I can’t seem to place the face

An intruder in my own house

Been a long time, friend

Frank was on to something

Unrequited love, a one man cult

An idol of ice under scorched reality

You showed me that

In the way only you could

You left me, Fragmented

For that I thank and forgive

The blight in my chest

I’ll carry it always, a relic

Of pride and naivety

The Rigor Mortis in my brain subsided

I won’t talk the talk

Along the waters of what could’ve been

Caving under the weight of its own purpose

Until it reaches its final resting place

Atop the grimy sediment that is truth and reality

And I’m okay with that

That’s where our journey ends

Now it’s time to walk away

Back up the pier of what lies ahead, a future

This time I don’t think I’ll look back

Not because you won’t

But because I don’t want to

Hooked on your eyes

You’re prominent in my mind

The landlord of my mental

I’ve leaned on my patience

Held back, reserved and gentle

But I want feelings I can own

I’m fatigued of these rentals

I know I should be forward

Open my mouth, use my voice

I don’t blame you, or anyone else

Its ultimately my choice

You could never rejoice

Even if I made you my queen

So I’ll stick to the shadows

You’ll shimmer as you always have

I’m just a shell in your presence

Beneath even a fool

What you do, reduce me

Your defense, a naive tool

My emotions can’t be seized

The embers, it only fuels

I long to have answers

Not the ones given in school

My heart relays the doubt

That you, and only you, can overrule

I’d surrender it all

If you’d take the chance with me, venture out

To the deep end of the pool

I wish I’d approached it different

Steered a change of course

This feeling is a parasite

In the pit of my stomach, Buyers Remorse

Pressing down, a migraine from hell

In my mind, senseless static

Thoughts of you are problematic

I wish you could lend a hand

Clear it up, give me clarity

But you beat the perennial bush

I shouldn’t have to beg for your charity

Let’s go for a drive

Play me your best song

Fulfill this dream of mine

I’ve wished upon for so long

We have all of tonight

Tomorrow, I’ve nowhere to be

Let you ponder the potential of we

I’m just sick of the games

I have to know if it’s real

Because girl when I see you

I’m anything but even keel

I asked you once

I respect you too great

Despite the amount I adore

You’re the girl of my dreams

I knew before we wore a mask

But there would never be a good way

To form the question I’d need to ask

We know you’re going to be great

The one you find, he’ll be in luck

If you look at him the way I look at you

When this was a pebble, no boulder

I wanted to slow the roll

Prevent what this has come to

I just can’t find the words

I just wish we had a redo

I don’t feel like your brother, your next of kin

I know I can’t say the right things

I’ve never been able to communicate

My words of sincerity, come out as hate

I just want to convey

This hands deserves a redeal

My intention is to extend a branch off of my tree

But instead I point the barrel back at me

A chalk outline on the floor of a crime scene

I care so much

We grew so much in a year and a half

I didn’t give you the advice you needed, deserved

That hurts me more than the charlie horse in my calf

I thought they were just words

But i fucked us, split us in thirds

It’s not regret, but acceptance

It wasn’t just the things you did and said

This feeling of sludge and repentance

Is of what I didn’t do, didn’t say

I took it personal

My tunnel vision kept my eyes on the road

From what truly mattered

It’s not your fault

You were hurt, offended

But I kept driving

Turned the blame away

And I’m so sorry

I live with it every single day

I’m trying to stay on your level

Talk to you in a way you’ll get me

Hear me for what I really mean

I just want you to see

I’m not talking down to you

I know I’m an asshole

But I promise, I’m here, with you

Not on a high horse locked in a castle

I don’t know if it’ll ever be the same

I just want, one day

A picture of us in the same frame

The stream of consciousness of man with everything to lose

The longevity of the night

You, and sometimes you and me

I crave to know

Where this can go

It can be easy, a stone’s throw

They don’t matter down below

Throw the fear, rid the woe

Fuck the current, shift the flow

I promise we’ll take it slow

My feelings, they just grow

From my crown to my toes

This is a mountain, no plateau

I’m over the dark, let us glow

We don’t have to linger, brave it solo

My arms spent, can no longer row

I want to be your hero

What more do I add

It wouldn’t be relevant

You know my intent

We both know you’re intelligent

What I feel this is

I’d hate to speak for you

The floor is yours, Ms.

I wish you could be here

In an otherwise fossilized mind

Dystopia of what is

I was early after all

I’ll be up all night

So take your time

To stall the silence

But for a moment

Just come before your verse

You always sang it so sweet

Keep the walls up a little longer

From crumbling down and in on me

Your voice is true love

But your silence harrows

Lingers in the air

Sticks to the sweat on my skin

I taste it on my lips

That’s what your love is