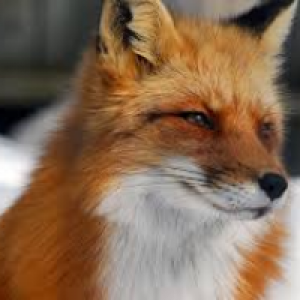 A classic fairytale - with a twist.

A brave princess journeys through perilous realms to rescue her prince from a fearsome monster.

7
2
2
Challenge
Dreams
Write a poem, short story, prose, whatever, in any narration or genre, but it has to be about Dreams.

I dream of you at night,

I dream of you during day,

During school, choir and work.

Always on my mind, never off it.

5
0
0
Challenge
Very Short Horror Story
In poetry or prose, try your best to evoke deep feelings of dread, unease, or horror. Try to avoid gore! If your short involves anything graphic that could potentially harm the experience of another reader, do try to tag it in the beginning! And have fun!

It's a horrible feeling. Being in the woods on a cloudy night, nothing around you but the looming trees and thick, unrelenting darkness. When every cracking twig or rustle of foliage makes your heart skip a beat. Makes you question if, in fact, you really are alone. Or if it's just your thoughts playing nasty tricks. But the worst feeling of all is knowing. When you come to the realization that the noises in the forest behind you aren't just little bunnies at play, or that the rustle of leaves above you isn't the wind. Because in the middle of the night the forest creatures are tucked away safe in their dens...hiding. Because there is no breeze tonight to make the leaves quiver like that. The worst feeling of all is knowing why every creature steals away to their holes well before sundown, and that you should have too. Because at night, it hunts. Sliding through the darkness. You can't see it. You can't run away. You can only feel it, hovering over your shoulder in the blackness, then a soft brush of ice cold air on your arm as it slips away when you cast a glance over your shoulder. It loves to play games in the dark. And none have ever won against it.

8
1
2
Challenge
Write about a time when someone saying "yes" meant all the difference in the world...
Prose or poetry, fiction or nonfiction. Please tag me in the comments so that I can read your work!

6
2
0
Challenge
Praise...prays...preys?
Oh, dear, it seems I have mixed up my homophones again! Write something that incorporates at least two of the above words. You may mention the words explicitly, or incorporate them in a more implicit, thematic way. As always, be unexpected!

The zebras and the lions.

The prey, the praise,

they Praise for days,

For days to amaze,

At the wide open haze,

That shows them their ways,

And where they can graze,

In the predators maze,

With their cold hearted gaze,

and the prey, they bay,

For they did not praise,

for the predators gaze,

That now will cause lays,

from they prey that praise.

4
1
0
Challenge
Such Wisdom?
Say something apparently wise (even if it doesn't stand up to scrutiny.) I have left an example.

It will take time.

But you will find it in the end.

Buried deep within your soul,

There lies your true self.

8
2
1
Challenge
Mention 1 line or a word to whomever you love
It could be as many as you want(parents,friends,siblings,wife/husband,pets). You can show your love through that line or your respect or justa casual attitude. Could be in a form of poem or prose.

I just want to wake up and see your face and know your there cause I want you to be with you always and I don't want you to ever leave. I Love you.

Oftentimes, I find myself staring at a blank page, unsure of what to write or where to begin. That’s when doubt sets in and I question my ability of ever becoming an effective writer. Perhaps, my past brain injury is the reason for this issue and I’m doomed! Then I do what I normally wouldn’t do; I stop. I reasses. Then, I tell myself that I lived a life for ten people and I have one hell of a story to tell. One that will inspire other’s tremendously and if I give up, I’m not only giving up on myself, but I’m giving up on someone that could benefit from my story. That’s what keeps me thriving and with time, patience and a shit load of practice, I will turn this dream into a reality.

8
3
2
Challenge
First Love
Be it poetry, prose, stream of consciousness, whatever, tell me about your first love. It can be 15 words or 1000, I don't care. Tell me if you are together now, or didn't survive. How old were you? Did you lose your virginity to them? Make it beautiful or make it dangerous. I want to know.

He was perfect. there is no other way to describe it. But just beacuse he was perfect, doesnt mean it was meant to be. In fact, it was the opposite. we were just two teenagers in desperately in love. clinging to each other for everything. He was nerdy, inexperianced, and he was older. I was the young, experianced girl, who was absolutely taken with him. I could'nt think of anyone else, could'nt dream of anyone else, could'nt hope for anyone else. he wanted to lose his virginity. He was so afraid of turning 18 and being a virgin. It scared him. I tried so many times to explain. explain he did'nt have to do it, that it was his choice and nobody else’s. But he would'nt listen. And then one summer night it happened. We lost it, in the heat of the moment, and the thing he had wanted to lose, was lost forever. He left me that fall. He was gone, to somewhere else, somewhere where he would be happier, away from my “toxic” influence. But there were always two things he gave me. he gave me innocence, and he gave me his love. And those are two things he will never get back.