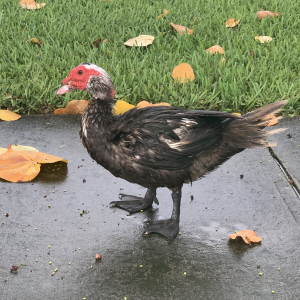 of metal on track

just weathered eyes staring back at me

knighted jackets of the night

come for me…throw me away

the thickness of night

no beauty in decay

It wasn’t all orgasms

We left trails of sand across our wonderland

Filling valleys in the earth

Void of moisture and love

I waded towards the light dancing across the lovely angle of your lips.

The veil of sweet pea blanketing your chest

Or more importantly the beat of your breast

The baritone beat that colored a land of

But it wasn’t all orgasms and butterflies.

curved lips in disgust as a chest beats fear into every step.

But it wasn’t all orgasms and butterflies.

It wasn’t all orgasms and butterflies.

11
4
2
Challenge
There is no end to the sky and the waters. How well they accompany sadness." Albert Camus
Using the quote as a prompt, write what it inspires in you. Poetry or prose - whatever flows! Don't forget to tag me @dctezcan so I can read your work!

I walk with open hands

To catch winds that flow froth from a broken dam

So I search the seashore for purpose

Every speck of land

Hoping to find I am more than just trails in the sand.

12
2
10
Challenge
Rhyming definition
I don’t feel much like writing lately, so I thought I would create a challenge to inspire you all to write instead. Write a definition, and make it rhyme. I have provided an example. Tag me to read your entry. (Let’s keep it fair: no mass tagging, please)

Of glazed lips...Embrace of hips

With wings of a dove

12
4
5
Challenge
Write like no one is reading
So everyone's heard of dance like no one is watching, same thing but with writing. You'll have to really pretend because everyone will read it. That's the challenge, write so free, so true, like no one will ever see it. Poetry, prose, or confessions..whatever you feel is what you should do.

Your bluest eye is often elongated with sarcasm

All the fertile hollowness inside you is a peculiar gift, an experience worth having

All the decay and ill-fitting skin... is all the compost needed to grow within

Even so, you have to believe you can birth a life anew

Before entering the void ask yourself this question

Will the final scene provide relief?

Can a silently held hand push you to believe?

After all, a connection is what we all need

So remember what seeks me is also what I should seek.

Now just get on with it!

8
2
8
Challenge
Paint a Concept
Pick a concept (love, hate, cold, warmth, heat, solitude, acceptance, etc.) and describe it. The title is the concept you choose, and that concept cannot be mentioned in your writing. Figurative language is a good way to go. It can be long or short or in between, poetry or prose. Tag me @Ghost_Herald

In this nights hour

A serpent speaks to me

it whispers beyond belief

A puppet with string

theories of will... not save me

Drama exists in every story

What will this drama become of me?

But when I crash

12
4
9
Challenge
Your dream. In poetry.
Tell us about a dream you had recently. Write it in poetry form.

across a sober pond.

A chorus of mantras buried under the surface.

Leaving nothing but the past behind...

Your presence was presented

you kept me present from

you made me laugh

Our birth on warm isles

I wish you luck and acceptance…

Despite your falls or wavers

you can always be my savior

12
4
10
Challenge
After doing Harry_Situation's challenge, I realized how little how I know about all of you guys. So I thought we could all do introductions, but not just for me, but for all of the newer people on Prose. So in any format, introduce yourself. Pretty much anything you want. Name, age, interests, really whatever you want. Tag as many or as little people as you want. Thanks for sharing about yourself! @justaperson

The_Grime is snow on a black NYC street.

The_Grime was raised by immigrant parents who traveled from Trinidad to New York for a better life like many others at the time.

During the third grade, Grime began to feel different, perhaps oddly lonely. But Grime knew he had a loving family and tough older sister to bat away any ill feelings or inadequacies. As The_Grime matured he frequently borrowed his families video camera to record anything he could, he couldn’t help himself for framing life the way he saw it. Or the way he wanted it to be.

In High-school The_Grime did well in advance and honor classes and decided to take classes at New York Film Academy to further pursue his hobby. His first film was a failure as he never edited before, so Grime decided to run from presentation night and feign sickness to avoid failure. Eventually The_Grime decides to follow his sister to Rutgers University, because he honestly didn’t think he can pursue anything in film anymore and his writing was always good. But mostly because he had no idea who he was or what he wanted to become.

During college The_Grime encountered many people of different backgrounds and ethnicities, but the feeling of loss and loneliness heightened as his willingness to pursue his hobbies grew. He began working on small films and tv shows but was never at peace with himself. Often bouncing irrationally from one thing to the next. Eventually Grime found an answer. He found acceptance, serenity, and control in drugs and alcohol and here his life took a major defining turn.

Eventually The_Grime graduated and started a successful career in casting for reality television before working as a tv commercial producer. But the hunger grew inside. All the therapy couldn’t help Grime hold a relationship for any extended period of time. A breakup with the longest of his relationships started Grime on a slow and long spiral that was years coming. The_Grime began heavily self medicating which affected family, his finances and his friends.

Soon The_Grime found himself frequenting the underbelly of His city. Committing theft, fraud and other heinous acts among other spiritually lost souls. The_Grime has no idea how his life became so disjointed. He became selfish in framing life under the lens as he wanted it to be. Dressed, directed and lit up to his discretion, and not accepting the scene as it is.

Currently writing from rehab with a hidden phone. The_Grime is on a mission to change his habits and the life he once lived. To write stories that other souls on a journey of change can relate too and do something helpful with the stories he has gathered.