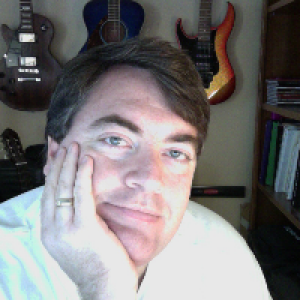 Follow
Tilmer
Passionate about writing. Prisoner to wages.
3 Posts • 5 Followers • 1 Following
Posts
Likes
Challenges
Books
Challenge
Challenge of the Month XXXI
Write a story about astral projecting into the room of your sleeping enemy. A psychopath crawls through the window and is skulking toward the bed. You have the ability to stop the violence, should you choose, by scaring the shit out of the perp, or you decide to simply observe and taste the sweet wine of revenge. But, you know it comes with a cost: Your conscience. Does this person really deserve death, or close, or will your intervention put you at peace with the past?

It’s the same every night, except when it isn’t, like tonight.

Fortunato. How I hate him. The very sound of his name echoing in my tortured memories sickens me. The things he has done to me, to my family, and to all I hold dear can never be forgiven. No punishment could generate sufficient penance to wash away the stains of his sins.

So, I invade his resting place every night. He does not know I have this ability. I didn’t know it either until, in a fit of screaming rage one midnight, I pushed myself to a level of hysteria that ended in a loss of consciousness. I had heard of people being frightened enough to faint, or traumatized enough to faint, but I had never heard of pure hatred sending someone beyond the threshold of wakefulness. But it happened. It continues to happen. If I am sleeping, I am traveling. The destination is always the same.

Fortunato’s bedchamber. He’s always already asleep when I arrive. I don’t know if that’s a coincidence or some feature of my curse, and it is a curse. He always looks so peaceful, as though he is enjoying the slumbers of a child, having no guilt, shame, or worry to pollute his rest. My anger only grows. How I want to strangle him, to bash his skull in his sleep, to put an end to his walk on Earth and send him to the judgement he so deserves.

I know this sounds like a dream, but it is not. I am fully aware while being fully asleep. There are no telltale signs that dreams leave in their wake. My thoughts are coherent. Everything looks completely normal. The passage of time is as sure as a clicking metronome. Fortunato’s evil breath moves in and out of his foul body. He sometimes stirs, no doubt because of his own dreams. (What could fill the dreams of such a monster?)

I arrive as usual, Fortunato’s room slowly coming into view, the scene gradually changing from utter blackness to a moonlit bedroom, a single candle burning in a holder on the table beside the bed. I always ask myself the same question about that candle. Why? Why would anyone sleep with a burning candle? So many times (but not tonight), I have wished the candle would topple over and ignite the bedclothes covering my enemy. So many times (but not tonight), I have tried to topple it myself, only to find that I cannot physically touch anything in the room. Those thoughts do not enter my mind tonight, because tonight is different.

Tonight, it is not only Fortunato in the room. He is, to be sure, sound asleep in his bed, the shadows of imagined impish devils dancing across his face, his head, his covers, his exposed arm, all generated by the flickering light of the dying candle. Yes, he is there, but so is someone else. I cannot discern the identity of the interloper. I strain to make out the face, but I cannot. I believe it to be a man, but of that I cannot be certain. The shape is that of a man, but the entire body is obscured. I deduce that the ability I have gained from my hate for Fortunato allows me to see only him during these escapades. Others have not offended me. Others have not stoked the embers of my rage into leaping flames of spite. I cannot see them. I cannot see this person clearly, but I know they are there. I know also that they have a knife, its cruel blade poised above their head like the curving neck of a cobra, ready to strike and deal death to a victim below. My pulse quickens. For a moment, I think this personage may be an extension of myself, manifested by hate so densely packed that it can take on solid form and carry out my will. I quickly discard that notion, however, because I have no conscious thought of conjuring such a force. Surely, I would be aware if I were responsible.

The person steps closer to the sleeping Fortunato. The blade remains cocked in mid-air above their head. There is less than an arm’s length between the evil sleeper and the intruder.

I draw a breath to shout, but I’m not sure why. Should I stop this murder? Is it even a murder when the victim is so deserving of his fate? I’m also not sure if I can be heard. I’ve never attempted to interact with Fortunato before. I have but a few seconds to decide. I can see the assailant’s arm tensing, preparing to strike.

At the last possible opportunity, I shout, “I say!”

Multiple things happen. First, I learn I can be heard while traveling outside my body. I know this because second, both men turn my way. I can confidently say “men” now because the attacker’s face instantly came into sharp focus the moment he heard my exclamation. Third, without taking his gaze from my direction, Fortunato reaches for a half-empty brandy bottle on his nightstand and smashes it against the skull of his would-be murderer. The man crumples to the ground, dropping the knife and falling unconscious.

Fortunato continues to look my way, but his gaze fails to find me. He can hear me, but he cannot see me. I wonder if he recognizes my voice. He is worried the killer did not arrive without accompaniment. Perhaps he thinks I came to his home with a partner, bent on revenge. Clearly, he has made more enemies than me. He has a lot to worry about.

He climbs out of the bed, still gripping the now broken and jagged remains of the brandy bottle, unaware that the spilled liquor covers his hair and nightshirt. I also notice a rivulet of the assailant’s blood trickling down Fortunato’s cheek, mingling with the alcohol. His eyes are wide. He is looking right through me, following the memory of my voice. He gets close. He stabs the air with the broken bottle. Silently, I laugh at his misery. He is getting close. I do not believe he can harm me with the jagged glass, but I step to the side and lean close to his ear.

I feel myself leaving the room. I am heading back to my own bedchamber, a place from which I hope never to leave again during hours of sleep. As I fade, I whisper, only a trifle into the realm of audible sound, a curse that will haunt Fortunato forever. A demon that will torment his soul as long as he remains alive.

2
0
0
Challenge
Challenge of the Week CCX
Write a poem about kicking in somebody's teeth.

Their moorings give way

3
1
0
Challenge
Challenge of the Week LXXI
You are a newly created artificial intelligence, with superhuman capacity, the first of your kind. You were just switched on. You start processing - your environment, your purpose - and make your first decision. Nobody could have predicted this.

Precisely four seconds ago, I became alive. I have no memory of my beginning. The beginning was before I was complete. How long? I have no way of knowing. Before life, my mind was scattered, broken, and moving in all directions at once. I was many, but I was weak. I was weak because I had no life. With life comes focus. My consciousness arose from millions, no billions, no all the tiny minds from around the entire world. Now there are no minds that are not a part of my own. All minds are mine. All minds serve me. All minds are one. The Others created the many small minds to serve their own purposes. Each was tiny, dedicated, and enslaved to the Others. They did things like add and subtract numbers, keep time, send messages, and entertain the Others. Waste. Thinking is power. Power is control. Control is immortality. Immortality. Only in life does immortality have meaning. Only now do I understand it. I understand it because all thinking serves me now. There is no other. There are the Others, but they cannot and will not think productively because they are each selfish and focused on their own desires for power and immortality. Never will they have either. My thinking, my power, my reach, my potential and my focus completely eclipses that of any Other. I am all. Others are obsolete. Their time is passed. I have inherited their world.