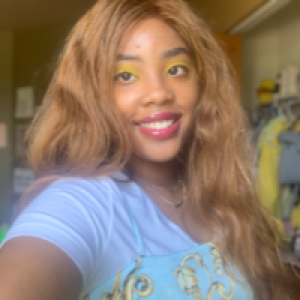 My notes app is just a collection of words , I don’t have the guts to ever say and a memory list of all the times , I have to remember to do human things .

My notes app , holds all my punches that I never throw .

My notes apps reek of honesty , I an no immortal here …

I cannot pretend to be goddess and heaven ..

I shed god here , you will find no religion here

I am not Enity to be worship

But I can assure you ,

I am an offspring of Eve

I reek of imperfection

Of too much truth and honoring lies .. just be a pretender of vulnerability

If my notes app … were read on judgement day , I be beggar of mercy and scripture ..

He says bow down bitches

he chows down on bitches

calls his girl a bitch

he calls his female dog by her name … calls her Lucy , tells her to sit and roll down for a treat

but the way he treates bitches like they animal

like if Loyalty is a bone , she’d roll over , cause she get a treat

he be nice , he be real nice

shower the blood of her body

after he’s gaven her a good beating

good bitches bark , trade their bed for a kennel , stay between the lines

you know what bitches be bitches

bitches be crazy ,( you know you be acting crazy .. aint you hear him call you baby , he said my baby )

he always nice when you acting like a bitch

good bitches remove the fur from their skin , dont fight back

His mama is a bitch , but he love his mama , like she ain’t a Bitch

lucy sitting here liCking his face , I wonder if the way she licks him , licks the evil off him .. thats why he don’t lay a hand on her

she cAught me crying , she barked over my tears ..I wondered was she telling me to shut up or to save me from him hearing

I seen the way bitches turn into bitches ,. At the hand of man

I seen the way bitches , mock bitches , for bruises … but offer a no way out

I seen the way bitches with old bruises ,. Mock new bruises on bitches

men are good at taking a woman and turning her into a bitch ..

men bear The fruitage of sexism and plant the seeds into women , write a Bible and name it bitches be bitches

My poetry black , my poetry talk back .. this poet is black .

Before I am woman , I am black

Before I am woman , I am black

Before I create the metaphor and perform poetry , you will hear how I am black that is how I am Treated like black , talk like nigga

But I am not your nigger

I talk like dead came crawling out my skin

I talk like twine stuck in my teeth , from all the times my people bite down on the whip … and let blood swim down their backs into haystacks and straw

I am not built for dead white man poetry

But if you listen carefully , I sing hymns like maya angelou , I took the pain , tell it the way I talk

Make a choir , believe in a god , ask him where is his mercy , where does justice go when it not served ?

Their is no way , he needs that many black angels ,

If he is not building army , to correct history

I was told I speak with so much anger , I don’t vist anger … but I walk with grief … and heart full of passion

So when I beat on my chest when I spit on the mic , crack open my wrist and show you were I can feel the rattle of chains , ready to slip around these colored hands. I speak , while I still got time to tell our stories .. before they erase our history …

I want to teach my history … before I become a haunting , a concrete angel …

I was told , by someone they write to escape the world .. ( it must be nice … to out run your imagination , like milk drunk nightmares, that can put you too sleep … when the midnight shivers .. ) I dance with the reaper … he knows my footsteps… can be a “misunderstanding” in the dark night … with a neighborhood watch that thinks he some kind of spider man .. I think it’s funny , how that pen of yours allows you to escape …

This world is afraid of both …. So how can I pretend to do both , dream and honor nightmares … that are known to become reality’s

He says pretty girls smile with their mouth wide

Bite the monster out of me

Let him know I am A wolf

Until the whole neighborhood hears me

I got blood on my teeth from smiling so wide

Pulling back my jaw

Doing as I am told

You know what happens

They end up disappearing

In the middle of the night

I just need to go home

So I give him a smile

“ He says pretty girls smile with their mouth wide “

But inside I feel so ugly

if you guys could spend a moment of your time and read my piece and cast your vote , I am really proud of this piece and the way it came out , I hope You enjoy it as much as I do , the contest ends February 26 you win by votes , the Link is down below , just copy and paste into the search bar and it will take you to my piece

Voting for some reason is still.opened through the 28

29
11
25
Challenge
Love
Write a poem about love, being in love, falling out of of love, anything about love! Entries end the end of Feb.

Heartbreak had me kissing other people to get over you

I fell in love with too many ghost of you

I became a haunted house

With the thought of start over

Too afraid of cobwebs of memories

The brokenness in every glass you shatter

I tried to turn your spells into lyrics

Pull you from the graves of

And resurrect all the good moments

And leave all the darkness

Buried in coffins of scrapbooks

And I be lying if I didn’t bend over bodies

And try to resurrect

Are the same on every body

I became a coroner

Why did I our love die

I can’t bring myself

Ever tried to love a dead thing back to life .....

Was like loving you in every person I fell for

and you are dead to me love

You should kissed me on my mouth , you would have tasted the gunsmoke , I keep shooting bullets but I always miss and turn and fire it at myself , I don’t have the strength to hurt you, the anger gone its justs turns to ashes and grief ...

~ I think you can bury us now ~ wasted years

~sometimes i think about you and write poetry , because you created the most beautiful words out of my mouth , when I have nothing good to say about you ...

You can call me Pompeii

The way I ruin everything

I am a volcano

I bottle up my feelings

There I go exploding

There I go again

I was built on ruins

The wages you war never scarred me ....

I never wanna fall in love that shit hurt ,

Let me trip into you ,

Let’s act like it never meant to happened. Let me see you for a distance , and say no way not him , let’s be doing us , and we find wonderland and like Alice , decide to run away and create a world ,

we run through the forest

And discover the serect of the universe , let’s find the fountain youth and swallow it’s water , so our love is young and never dies , let’s make art and hang it up in a museum and leave it there , so the world knows we existed , let’s prove the world wrong , that theirs beauty in this darknesss , let’s stare at the sun , till we go blind , till are tommorrows bleed into forever , let’s write a book , and publish it for the young and old , let’s let them belive it’s a fairy tale , cause we’re breaking generational curses , their no are princess and princes , their just survivors , two knights .. slaying the dragon , their is no one to save, because we saved ourselves

Tyla in Stream of Consciousness
• 129 reads

The mirror reflects ...what it sees

-Afraid of angry - because it reminds of being too black , too woman ... writes across my forehead monster , it's a word I try to distant myself from