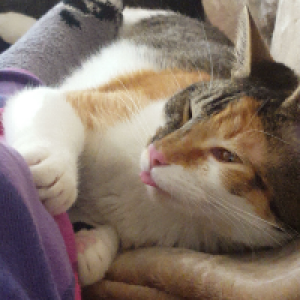 Follow
UnknownConcept
I need to write more, so here's to my nonsense, stream of consciousness stories!
7 Posts • 5 Followers • 2 Following
Posts
Likes
Challenges
Books
Challenge
So there I was...
Give me the greatest first-person hook of all time, starting with "So there I was..." Three sentences maximum.

So there I was, hunched in my cubicle struggling to keep the grip steady on my "#3 Coworker" coffee mug in spite of the sweat dripping into my palm. My boss was also in my cubicle with his replica civil war musket aimed directly at my temple and its bayonet poking the side of my neck. "It's time we talk to Janice in HR," he said, those words making me wish he just pulled the damn trigger.

Lavender candles, bubbles, and a deep sigh. Work sucks, but nothing a perfect bath after a long day wouldn't fix. One leg in, then the other. I slide down into the embrace of the warm water. Then I screamed and clawed at the arms that began pulling me deeper in.

0
0
0
Challenge
If you had one last sentence to say what would it be?
Mine would be... Quick! Pass that cookie!

At Least My Life Had Cats

"It's weird, really, that we go through life knowing one day some thing we'll say will be the last thing we'll ever say whether we know it or not-- pretty ironic if this is mine."

0
0
0
Challenge
Malaphors
Smash two idioms or cliches together to get something new (Famous example: "We'll burn that bridge when we get there.") May be funny, thought-provoking, odd...

But If They Sleep, How Do They Bark?

It's best to just let sleeping dogs bark up the wrong tree. Otherwise, they might bite the hand that's more than they can chew.

12
2
1
Challenge
Tell me a 20 Word Story
Hiii writers! Thank you for entering. Try to keep it at 20 words, although if you have more to add write it in the comments. Sorry for any inconvenience. Tag me!

The Universe is some cruel joke; I am its punchline. Resolute, I throw a skipping stone toward water. It sinks.

1
0
1
Challenge
Twist Ending in 50 words or less.
In such a short amount of words it is hard to tell any story. See if you can write a story that sets expectations and subverts them in the word limit. Change the genre from horror to funny or the opposite. Or trick the reader into believing there is something there is not and reveal it in the last line. Surprise us. Here is an example of a short story by Hemingway: For sale: baby shoes, never worn.

Past Come Back to Haunt Me

That thing was back. The ungodly creature whose pale, milky eyes would stare into my soul. It moaned, constantly, and rattled the rusty shackles that bound its arms and legs. It followed me everywhere; I couldn’t run. “I’m with the IRS,” it wailed, “I have some questions regarding your taxes.”

7
1
2
Challenge
Challenge of the Week CXXIX
Angels and Demons. Choose one, and write from their perspective, or about them. Fiction or non-fiction, poetry or Prose.

At a Desk, in Heaven

Heaven is a mess of bureaucracy that Ziel had been successfully avoiding for many millennia. He tried to think of that human phrase that encompassed his current situation as he twiddled his thumbs uncomfortably. ‘Misfortune favors the bored’. Or something to that effect. The angel sat across from him had been scrutinizing the brilliant calligraphy on parchment that spelled out the reason for their meeting. Her lips pursed as she finally reached the end of the text.

“Hmm,” she finally voiced, trailing into awkward silence. Ziel knew the type. The upper echelon that handled these sorts of matters were famous for their heavy, judgemental silence. They both knew how the conversation would go before anyone uttered a single word. Still, the desk angels savored their silences. She was waiting for him to speak. Ziel cleared his throat and shifted his wings uncomfortably.

“Burned down.” She replied flatly as she carefully rolled the parchment and set it aside on her desk. “And who, might I ask, is the Guardian Angel sworn to that building?”

Ziel opened his mouth to speak but hesitated. Unlike the free-willed and oft self-guided morals of the humans, angels of his rank were bound to a much stricter code. Notably, they were incapable of lying. Still, he couldn’t help but use his hesitation to try and muster words that would make his side of things more favorable.

“Let me rephrase the question,” the other angel said, showing no outward reaction to Ziel’s pause. “What were you, the Guardian of the Basilica de la Rosa, doing while the building began to burn?”

“I didn’t ask about the humans.”

Moments like these made Ziel wonder if the desk workers down in Hell were any less torturous than those that Heaven employed. He was avoiding eye contact, but the immaculately pruned vase of roses he stared at could only save the visual part of the confrontation. He couldn’t sit and try to muster words forever. Or, well, as an immortal he could but he didn’t think the powers that be would be content with that decision.

“Perhaps a change in scenery will aid your troubled mind, Ziel,” the other angel spoke as she stood. She motioned one hand in a circular gesture and her halo disappeared from her head only to reappear moments later at the side of the desk, vertically oriented. It acted as a portal, revealing the charred husk of the basilica on the other side. Ziel couldn’t help but feel a little impressed. Powers were the only angels capable of creating such portals but he’d never seen one summoned so effortlessly. Especially connected to a holy site that, well, wasn’t in the greatest working condition anymore. His eyes met hers for the first time and she was quick to hide her smug smirk.

He stood, took one last reassuring glance toward the roses, and stepped through. The desk angel followed and once both were through, the portal closed behind them. The halo returned to its rightful place. The two stood in the wreckage. What was made of stone was now stained in black and everything else was ash and rubble. Several humans were amongst the wreckage, too. Most curious onlookers, some emergency responders, and others-- well, they felt those few. Those humans knelt, praying one last time at the site that could no longer shelter their worship. Ziel felt the ache in their souls. Not a hatred for what had happened, but a sadness for what was lost. With this emotion, he knelt, too, and while the humans weren’t able to see him amongst them, he at least offered solace.

“I didn’t mean for this to happen,” were the words that Ziel was finally able to muster. “If I’d have known, I would have stopped it.”

“Yes, that was your job.” Ziel felt a sting to those words. His companion, too, was kneeling in remembrance to the remains around them as she spoke. “If it eases your mind, none of the humans that started the fire were hurt. They were here causing wreckage and you…” she trailed off, reveling in the silence.

“Weren’t,” Ziel finished the thought. More silence made it clear that she wanted more to his response. “I was at a stadium watching one of the human games: futbol.The Rosa and I have been here for thousands of years and after the humans stopped entry, I… was bored. I think I had been for a long time. The distractions kept me sane and I know that doesn’t excuse me abandoning my post, but don’t the thousands of years I’ve kept my eye count for something?”

“Hmm,” was the only response. They stayed at the building’s remains until all worshippers had gone. Then, they returned to the desk that sat somewhere in Heaven. The old scroll was gone and a new one, neatly tied with golden ribbon, replaced it. The desk angel plucked it from its spot, unraveled it with inhuman speed, and took no time at all processing its contents.

“A new assignment,” she said with a knowing smile, “you’re to remain as a Guardian.” Those words made Ziel exhale a breath of relief he didn’t know he was holding. Though the upper echelon would never stoop to outward forgiveness, surely this was a sign he hadn’t messed up entirely. “It’s a modern human building resting on ancient holy land. I don’t think there’s any mortal alive that knows of its importance. Regardless, they feel it’s where you’ll be most useful. I’m assured it’s also less boring.” She waved another portal into existence and one final silence acted as her goodbye.

Ziel stepped through the portal and into his new role. He had expected a looming skyscraper built in the heart of the holy land or even a factory, perilous but building toward humanity’s growing future. He imagined a bookstore, the tomes a monument to the land’s wise age or even-- he didn’t want to dwell on it any longer. Turning toward his assigned destiny with both hope and dread, the golden light of a sign caught his focus. ‘Denny’s’ it read just as the smell of bacon overwhelmed him. He was sure that in a far away plane of existence an angel sat at her desk re-reading a scroll and laughing. Not boring, Ziel thought, at least it won't be boring.