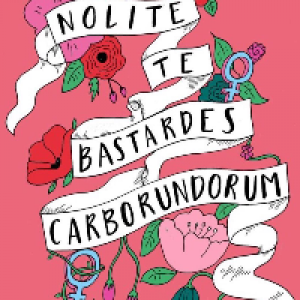 hi, this isn't a poem, i just thought it's been a while since i last posted anything and i should come by and say i'm still alive (and still writing stuff sometimes!)

uhm i've been good, wrote a lot this past year, self-published my first poem collection, and i wouldn't say it was a success (probably didn't sell more than 35 copies really) but the people i care about read my book and loved it so so much that that's inspiring enough for me, and i never really published it for money in the first place, it was just something i felt like doing and sharing so yeah

i'm working on a new front cover cause somehow i've come to hate it all the sudden, and i know it's not gonna sell better or anything but i just want the new edition in my library so i'm basically only doing it for me

i moved out feom my parents' house also, i've been living with my fiancé for over a year now, can i say we're cute? damn it, i'll say it, we're cute

he made me realize i love drawing and that i would someday want to luckly become a tattoo artist, how crazy is it that i never really thought of it? wow, i honestly just liked tattoos but never thought i would also like to make a living out of it

i'm still a teacher, i'm young, i have the time to figure things out (or i like to think i do); right now i'm trying to improve my drawing, thinking of maybe taking the tattooist course (i don't know how it's called in English so that has to do) in about a year or two and it has me all excited

i guess that'd be everything worth telling

ps.: it's my 2020 resolution to try and post more often in here but i can't promise a thing, i can't even write in my own private journal cause i always forget i have one

Be honest and tick the ones you've heard - or even uttered:

Why don't you go put a skirt on?

We millennials get offended because language

is either abussive or, yes, offensive.

These expressions are in every conversation and

it's been overlooked way too many times.

There are not more LGBT people now

than there used to be.

Nowadays it's a little bit less scary to be who you are.

It doesn't mean it's easy.

It's been a long way,

too long for us to just sit and

accept being turnt into an insult.

How are skirts any funny?

How is a man in a skirt anything to laugh at?

are women ridiculous to you?

If you're weak - or feel too much,

you need to man up,

because women are weak.

And being like a woman is the worst thing that could happen.

And millennials won't get offended.

And millennials won't get offended.

Pay attention to your own words.

Look and see where they come from,

The one that got away.

I know you would've been so good to me.

but I needed a lesson.

I should've stayed, now I know.

Something's up when kisses are dull.

I miss kissing somebody else.

Yeah, in a galaxy far, far away.

Let me tell you, honey,

I trust you would've been so good to me.

I wish I hadn't broke

your heart in two.

But two is better than a million,

and someone will come

and glue them together for you.

will take you wherever you want to go.

I've seen that so many times.

People being drawn to you,

gasping for some air.

I know you would've been so good to me.

I was thinking early this morning about your eyes and how I never got to turn your words into useful lessons, how you left when I had not learnt from you half as much as I could have.

I think about you very, very often. What's wrong in that?

She has her own sun shining above her head and some flowers only bloom when she passes by.

You don’t know everyone, in every room, can’t help but laugh at her jokes. Because you were too busy to notice.

You also don’t know her heartbeats sound like thunder, and music, and joy altogether.

When she speaks you can catch in her eyes a touch of unique passion nobody else can imagine to embody. What is like to be her, and to have taken books and built yourself around them. What is like to have been born to just wonder, and analyse, and study. And understand.

She gives when no one asks, and she’s always the first to reach out.

What you don’t know is no one ever is going to be deserving of her. Of course not you.

Tattooed girl answers your every question.

- 'Why do you get tattooed?'. Because I happen to own this body of mine. What a crazy world we live in.

- Yeah, but why?'. There's a hundred reasons why. I've turned my body into a canvas. That's a choice I've made. I wasn't drunk when I made it, and I wasn't high. Every day, every second, I'm fully aware of the choice I've made. It makes me love myself a little more, there's nothing wrong with that. I've never really had low self-esteem. Tattoos are a boost. And they're fun to plan, and to wear. I'm colourful.

- 'Can I see your tattoos? Will you show them to me?'. No, I won't. You'll see what you're seeing at the moment. I'm not rolling my shirtsleeves up for you. I'm not taking my shirt off for you. The tattooed skin you're seeing right now is what I chose to show today. Would you approach a stranger and ask them to show you their thigh if they weren't tattooed? You wouldn't. You don't get to go around asking, even demanding, people to show you their bodies because you feel like it.

- 'What's the meaning of this one?'. Maybe it has a meaning, maybe it doesn't. What's for sure is that you're not entitled to know. Especially if you're a stranger to me. Tattoos are usually way too personal, nobody's gonna tell you they got a a little notebook tattooed because their grandma passed away and she loved writing short poems. It doesn't work that way. You don't get to, again, demand personal details about a stranger's life? You just don't. I share my tattoos' meanings sometimes. When I want to. With the people I want to.

- 'You're too young, aren't you?'. I am young, but I'm not too young. I've never got tattooed in an unhygienic place. Ever. I've been doing this for years now. It's my body, I'm responsible for my own safety and health. I'm young... and mature. And they're fun, I promise. Aren't we supposed to have fun in our twenties? Not that I'll stop at 30.

- 'What a waste of money'. People waste their money on bullshit every day. People buy cigarettes and poison their lungs every day. I get tattooed, which doesn't affect my health at all; even my ink is vegan. And they'll last forever. Care to call it a good investment?

- 'What do your parents say?'. They don't like them, but I don't care. It's not their body, and it's not their money.

- 'What does your boyfriend say?'. My boyfriend is not my owner. He loves them, though. He's got some of his own, too.

- 'Tattooed girls are different from tattooed boys'. Hell yes we are. In the worst way, because we're sexualized because of them. Somehow it seems like me being tattooed means I want men yelling at me on the street. How sexy I am. What they'd do to me. Would I show some hidden ones to them. Tattooed men are tough, and trendy. We're something close to attention whores. Some months ago I was on the subway minding my business and three boys my age were talking about me, and my looks. Just in front of me. Tattoos mean you're deaf too. So they were saying maybe I was easy. Hey, man, make a move. She's into stuff. I'm never, ever, looked at the same way my boyfriend is looked at. We're both tattooed, but I'm a girl.

- 'Tattoos aren't lady-like'. You fucking watch me get married in the cutest white dress... and rock my tattoos all over. I wear dresses all the time. Not that wearing dresses is lady-like, anyway. Who says what's this and what's that?

- 'You won't get hired because of your tattoos'. Yeah, I've seen that. I've lived that. Tattoos make me a bad teacher, I guess. It's the funniest thing to see how kids don't give a fuck. Kids love tattoos, I swear. Kids want to know why I got an orange goldfish on my arm. Because they're curious. And understanding. And just so you know... I'm one hell of an English teacher. It's not my problem employers are rude, and still living in the 19th century. People have been getting tattoos for thousands of years, by the way. There are Egyptian mommies with tattoos.

So those are the answers. If you were wondering.

They told me to study.

They told me, ‘love what you do and the rest will come’.

I’ve never been happier, don’t you take it wrong.

They told me to be nothing less than excellent.

So I got my straight A’s.

And the rest will come.

And that means my eyes are wide open.

And they dare to encourage us to dream. How?

But, yes, the rest will come.

In a march, perhaps.

Because there are too many last straws now.

11
3
10
Challenge
You just met Shakespeare, how will you keep up with his witty remarks?

You have absolutely no idea the mess you’ve got us scholars into.

I wrote my dissertation on your bisexuality.

Secrets, secrets are no fun unless you share them with everyone!

It’s all there in your oh so corny sonnets.

How did you loathe the poor, dark lady so bad?

It’s because she didn’t look like the fair youth, isn’t it?

If only you had seen us bookworms coming at each other...

’of course they had sex, no they didn’t,

he had a wife, yes but all of those phallic references...’

The greatest writer of all times?

4
0
0
Challenge
Describe what being young feels like in only one sentence!

Being young means you think you can change the world with your hands tied behind your back.

most days I'm happy but today is not most days