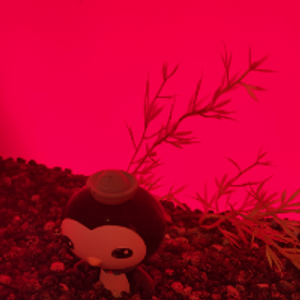 When Death Did Play

I was at an airport lounge in Seattle

I said goodbye to my

mother and brother once more,

they stood as I went an ocean away, not knowing I was afraid.

I rummaged through manic memories,

toys I hardly cared for, a bike stolen at my

take them so I don’t have to tell them who

till I drown, fan whooshing hurricanes,

I was strung up by lift and jet fuel,

maniacal wings spread out to expanding

He spoke kindly to my

chivalry a door I can’t help but hold

quickest act to her dandelion smile

where am I off to?

Day granting her a moment to climb from

Limestone cliff where she laid scouting since dawn's

In trees instead of axes; blood rivers

Twigs deathtraps- she became a diamond in

Years of running, hiding, and being a rat!

White space with lovesick lines- he was barely

Nineteen, uncovering remnants of a

Reaches out. Cowells shuts The Book Of Dreams.

Toward the edge of reality he

Cowells: Where are we headed?

Aims: Outskirts of the city;

To the start of time.

To Legion Command within Dark Tower,

Scenes of wars past, talks with lovers distant…

Buzzing, teaming with mutant tadpoles and

Every second step through millennial

Purposed rooftops, dregs below emerge from

Youthful drones flowed around his misty

Location, he looked back for a second–

Awaiting Melody to make one more

Drink for Historia roads, under sky

Space fins streaking rouge as it stalked him,

Sparks like a storm in ones palm, tires spit gray

Chunks of asphalt behind, 5 a.m Pink

City once flushed with radioactive

Sin now an Exodus of entities.

Of kids no older than 25 flash,

She was afterlife in outer city

Metropolis, no grass in sight, all concrete

And metal jungles, within the hundredth floor

By every bit of data that rushed through

Turquoise veins, in her comatose state she

Sleep, and fornicate, as a human a

And deep blue luminance around each dark

Corner of the expansive chamber, echoes

Features brought by isolation and deep

Meditations from reality, not

An act slipped her gaze, suicides, and warping

Fight good and evil blurred, roads blocked off, no

Way out, Dreams of debt in LED square,

Any corner with few judges, public

Ceremony, speeches of a New Order,

Take the bottle, chat of doom, love her once

Rome fall at last, no fires, no death, just cease

As ICBMs hover over the

Masses, If I awake tomorrow I

Will only know despair, in her dark chamber

She retreated from her crumbling throne to

Star as she did after fundraisers for

The Legion and infinite party nights,

But when she scanned the canvas sky all she

Saw was the illusion being projected,

It hardly mattered, at this time millions

Of dregs awoke preparing to be consumed

By steel behemoths, piles of corporate

Alexandria tethered to the city,

She viewed Afterlife city for one last

Bit of pleasure, or what could be produced

From a defeated and nihilistic

Pulsing each shade of her lips, transparent

Anchors her across aurora afterlife

Her gentle hips turning beneath comet

A hall of mirrors for Wonderland romantics,

John fantasizes her and him on hill

Passion, back to Historia Cowell

Looping symphonics sync with her fluid

And plasma to engorge, GLASSSCAPE moves her

Every material known, shutting down

Sectors to be heard from Pink City excess

She was an infection sprawling through his

Cowell cared for, others not so much, social

Realms shattered once the pacific was lost,

Cup to the edge of the mahogany

Table, John stood up knowing that it was

Time to return to patrolling Historia,

He looked around once more for her hoping

Particles kept her floating in Eden

Just a little longer, no matter, these

Fiends come and go, not one new, all just reruns.

6
3
3
Challenge
Your writing habit
"How do you find your inspiration?" @fudo randomly asked me that. (Let's thank him for giving me an idea and for making this curiosity come into light). I have to say this first, It's actually hard to find inspiration, I'm on a different kind of slump and it's seriously not going anywhere. So what kind of things inspire you? Any advice? Any habits you want to share? Cause I had my own habits, since anyone can be stuck sometimes, it just means you have to change your habits and try different ways to make things spark again. Share want you have learned through years of experience then learn something different here.

Writing has taken over just about every facet of my life, I cannot go out on a simple walk or just get out of bed without thinking about a couple of story beats for a poem or some future narrative that my mind spins up. I do not hate this of course being a writer, but I have found that inspiration is not a spark that just explodes in the center of your conscious but a gradual construction of odd bits and ends of your day. You write a quick line here and there about some idea that floats in your head and then you write another: "she was afterlife..." "when devil's play in my mind"...

Life is a grand story, and it is unique to your experiences, you will be inspired and you will steal for the better.

Overtime I learned how other artist "disciplines" go about creating, and I uncovered that it is a slow process of evolving a sound, an art style, a look, whatever it may be there is an evolution that is happening internally and externally simultaneously. I had several days where I wrote a couple of wonderful lines and then struggled to write anything else for the rest of the day, I forced myself to write and hoped that some grand idea would just fire out of my mind, but you have to take time to let your idea grow, it may be a great one but you need to be patient eventually you will learn how to properly craft it. There is no doubt that actually putting in the time to study on how to do it will help, but that may not always be the issue, sometimes you need to grow as a person to create an accurate representation of the concept, and not just force it into existence.

Historia was dead and decrepit,

Bureaucrats of D.C., some timeworn place

Made in the image of Academy...

He continues his conquest for freedom,

Soon he’ll slip back to static, back to pain...

Melt on contact, tell me quick what did I

In each ear, numb to death,

next step lights up

Above my dragon’s breath, three cans and I'm

My tyrant midnight fool, a succubus

9
4
15
Challenge
Summer Solstice
We are approaching the longest day of the year in the northern hemisphere. What does it mean to you? Is just another day or a spiritual high point? Write a poem, descriptive paragraph or a piece of flash fiction with a theme revolving around the longest day.

Death frolics past my lips

carried by journals and dusty books…

for artifacts of decades past, some nights

they riot through nuclear winter inland,

germinating in a sporadic pattern,

I awoke afraid to look out past

tents below flicker, poachers it seems…

Across alienated rock, I punch

Bed sores multiply, I lay down until

I'm ready to eat, sleep fades as I

Up every evening threatening to

assassinate me, they throw frags

On my deck hoping to weaken

my war weary fortress, I tell them

not even every nuke left on this

Brutal globe could bring this

This is Devil's Den,

A place to dwell, not purgatory,

Barely a means of defense

Whoever was worth saving is

What remains is me.

11
5
13
Challenge
Pen to the Paper 22
Sit down and write without a plan. Whatever comes to mind---just write it down. No genre, format, or literary style restrictions. It does not have to be your first draft

I live in my words

Some say what I

Want me: I do not exist.