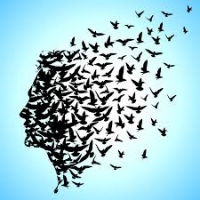 Follow
_A_
The story of me? No, I will give one sensation instead. The yearning for an adventure I have not quite yet found.
82 Posts • 188 Followers • 15 Following
Posts
Likes
Challenges
Books

Dream #2 out of many

He was on the gangly side

He had the sweetest smile

I was in love and for the first time in awhile, I felt peace.

I should come with a warning sign because every time, I leave.

5
0
1
Challenge
Together, we can break the world record for longest book. When this challenge gets the necessary number of entries, it will expire and we will turn it into a book. Each entry will be its own chapter. Feel free to build from existing entries or write something radically different.

Washington finally fell. Which is impressive, all things considering. After all we are in the middle of the fucking zombie apocalypse. And you'd think at least that, hey, zombies are pretty slow and stupid. But no, these zombies had to fast, and smart, and brutal. So, all in all it was impressive that Washington had lasted this long since most of the major military bases and cities had been overtaken within the first fifteen minutes. So I guess today would be the first official day of the zombie apocalypse and the fall of the human race. Goody.

3
0
0
Challenge
Challenge of the Week #58: You are a victim of injustice, write a story about it. The most masterfully written piece, as voted and determined by the Prose team, will be crowned winner and receive $150. Quality beats quantity, always, but numbers make things easier for our judges, so share, share, share with friends, family, and connections. #ProseChallenge #getlit #itslit

My mother was raped. Twice. Once before I was born and once after. That was all she told me that night when I was seventeen. That's all I could listen to, all I could stomach. The cold came then, a sense of shock and horror that that could have happened to someone so close to me. Someone who was supposed to be the strongest person in the world, a superhero. You hear about it happening to other people, but not to people you love, to people you depend on for so much, for so long. To people you are irreversibly intertwined with the moment you enter this world, and for the rest of your life. Before, she was a promising intelligence Marine Corp officer, after she was shunned and shamed for something that wasn't her fault but nevertheless was blamed on her. It destroyed her career, he got a promotion. He went on with his life, unconvicted, guiltless in the eyes of the government, she was left with a crippling fear of men, in the dark and in pain. She still gets nightmares, you know. And I can't do anything except try and be a good daughter for her. Anything to ease the pain. These horrible, traumatic, degrading things that happened to her fractured her soul and mind. Ten years later, she's still recovering, slowly but surely. She's started going to group therapy, but there's still the paranoia, the stigma, the helpless anger. She can't speak about these events, but I can. I can tell her story and hope that maybe, maybe someone, anyone will listen. I don't want money, I want justice. Justice for her and justice for the countless victims of sexual assault whose voices are ignored or mocked because "they were asking for it", simply because they had the audacity to be born a woman.

Pitch black rambling are what you need

A cocktail of illnesses and a want for luridity

Her gasping, His horror

Their screams and My laughter

IN they go to the night

Stop, her breath is barely there

Dead roses and the thought of you

they were all I needed to sleep

A deep draught and a deeper despair for them

frenzied energy and 2 am realities

I just wanted her happy but she refused

Her sadness was her.

Maybe if I smiled it would all go away

who knows my pain and emotions

they who walk with me rarely walk among me

Mayhaps that's what I've been yearning for all along

"My first memory was mama telling me to not name the cows. "You won't be able to take them to slaughter otherwise". After all, ya gotta eat what you have. That's why you never name your food!" I finish happily as I ripped off her name tag and smiled lovingly at her tear-stained face.