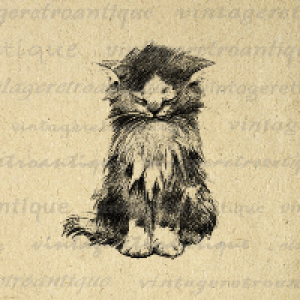 Follow
aqwadiver
loving parent of one too many cats
15 Posts • 4 Followers • 1 Following
Posts
Likes
Challenges
Books
Challenge
What is your favorite name and why?
Now for something a little different. Everyone I have ever asked has a favorite name they adore, and there is always a story behind it. Would you do me the honor of sharing your favorite name?

I’ve always loved the name Madeline, which means “high tower.” This is a lovely classic name with an old-fashioned feel to it. It makes me think of the type of girl who might enjoy sitting in the park eating fresh peaches, and who wears lace dresses and has curly blond hair.

I’m not sure why, but I’ve just always loved the way that the name Madeline makes me feel.

being blown on the wind by their paper thin wings.

They flutter to forests and fields afar,

but one falls astray, into the path of a car.

With no time to escape, or fly out of the way,

she lands on the pavement, wings splintered and frayed.

A human heart is very much the same,

yearning for freedom, not wanting to be tame.

But sometimes thier passionate love can fade,

The sturdy, purple maple tree in the backyard,

4
1
0
Challenge
a definition of your favorite word, both dictionary and yours... (choose as many words as you like)

He began to write, spilling his 2:00 a.m. thoughts onto the blank, coffee stained page. The words came out, stale and undistinquished at first, but he continued to write, the blue ink welling up on the crinkled page. He was like a rusty faucet that had just been turned on, the water running brown and spilling out all that had been clogged up in his mind.

But he continued to write, until finally the water began to run clear, the words on the page encompassed with pristine eloquence. And with that eloquence, he had finally found his voice.

They say the greatest trick, that the devil ever pulled,

was convincing the world that he didn't exist.

That he was make-believe, a fairy tale,

though he was always in their midst.

He blamed it all on God,

the hurt, the despair, the pain.

God could not be trusted, he said,

God was the reason for pain.

So tell me this, oh angel of hell,

then why are you afraid?

Of the God who came to rescue us,

To deliver us from your reign.

0
0
0
Challenge
In fifteen words, why does the human species deserve to survive?

Is life a Privilege?

We don't deserve it, but God adores us far too much to allow our extinction.

Mountains of stone, in the north where it snows

Elves in the forests, with their wooden hewn bows

Dwarves with their gold, in their dark halls of stone

Tales of battles, betrayal and pain

Tales of friendship, and kisses in rain

She closes the book

Sits up in her bed

It was all in her head.

When life gives you lemons...

Every day, life will arrive your door with a box full of sour, bitter lemons. Unfortunatly, there are no refunds, so the best thing to do is take the lemons and turn them into something better.

You could sit and sulk about how inconvinient life is for delivering you those stupid lemons, but why not turn them into something profitable? Everyone loves orange juice! Not to mention the funny look on everyone's faces when you manage to turn lemons into oranges.

2
2
0
Challenge
Write a short poem describing the ocean, or a trip to the beach
A short take on something related to the sea. describe the ocean in anyway it relates to you. make me feel like i'm right next to the action. let me smell the salt in the air, and feel the sand beneath my feet. (sorry for the lack of prize i have 0$ right now)

Tiny hermit crab in my hand.

An eerie mist crept along the ground, winding its way around the blackened trunks of trees and over the muddy stagnant grass. It was illuminated by the warm glow of lights coming from the manor house. The sound of violin and cello floated out through the open doors as the guests began to arrive. Their hushed chatter and muffled conversations traveled out over the silent manor grounds, muted by the rain and mist. Tonight was the night, an evening of food and wine, a gathering of the most wealthy and elite. Tonight, was the Ivy Masquerade.

The doors finally closed as the last stragglers made their way up the cracked stone steps into the main hall of the manor. The polished marble floors gleamed, and the hall was hung with crimpson drapes. Tables of food and various kinds of wine had been set out for the guests, as well as an orchestra, playing their music throughout the night. The sun was now fully set, and the banquet hall was illuminated only by the orange glow of a thousand candles.

About hundred guests milled about; men in chesnut wigs and suits tailored from italy, ladies dressed in the finest silks and satins, wearing rubies and diamonds that sparkled like dew in the candlelight.

Standing alone by the grand fireplace on one side of the hall was a young lady, just another unfamilier face among the extravagrant crowd. She was eloquently dressed, in a gown of dark crimpson edged with gold. Like the others, her face was covered by a red silk mask with golden lace, and her chestnut hair twisted and curled its way down to her waist.

On the opposite side of the room, a tall stranger dressed in black stood by the wall, sipping a glass of blood red wine. His face too was covered by a mask, black, and made of silk. His ink colored hair was shoulder length, but neatly groomed and matched his black suit and mask. Darkness seemed to ebb off of him like a mist, and his pale blue eyes scanned the crowd, searching for a cartain familier face.

The two people scanned the room, finally catching each others gaze. The lady and the tall man began to wade through the crowd towards each other, until finally they met together in the middle of the banquet hall, still unoticed by the rest of the party.

"Ah, Adelaid," the man said with a smirk. His voice was cool and smoothe. "You decided to joine me after all."

"Well, I couldnt let you have all the fun," she replied with a smirk. "I'm assuming you brought the supplies?"

"But of course," he responded. "Now come, this task won't finish itself."