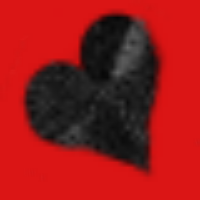 Follow
forsakenthreads
In a Venn diagram, I'm at the intersection of the intersecting lines.
47 Posts • 127 Followers • 24 Following
Posts
Likes
Challenges
Books
Challenge
Poetic Yoga
...or verbal gymnastics if you will. I am working on my mental flexibility! No need to tag. I'll check in and respond. Thank you in advance for your time and creativity:)

that which fulfills a purpose

and yet not bound

the heart and mind,

Art can be so bold as

And yet, the artist

but must concede, rather,

to pursue the purpose,

and let the art bloom

The purpose is merely a gateway,

upon which - through which -

the art is created;

but a flower pot, with soil that feeds the growth

of those with the patience, the quiet, the focus,

to see what springs from the

2
1
2
Challenge
Write a Rhyming Poem that MUST use the words Chalk, Cabbage, Carousel, Constellation and Conundrum
Rhyming poems only, any length. All words MUST be used.

The detective walked on to the crime scene,

eyes teary from the smell of rotten cabbage.

She scanned the piles of brown and green

before focusing on the human damage.

The victim was young, tall and lean;

his prime stolen by some sinister savage.

“Probably between ten and thirteen,”

The detective returned the M.E.’s glance

and saw the words he was slow to tell.

“Another dead by the Killer of the Carousel.”

She closed her eyes and tightened her stance,

“I’d hoped it was over, this ritual dance,

but now I see it will never end well.”

Twenty years ago, she had caught a fresh case,

a death at a carnival, her first painful shock.

One memory the detective could never erase

was the shape of the body painted in chalk.

Back then it was a girl, all pig-tails and lace.

“Nothing prepares you, no lecture, no talk,”

her Captain had told her, giving her space.

“This grief, this path, you alone must walk.”

The media coverage was constant and bleak -

murder and gore, a ratings sensation.

pulling her into a black hole of fixation.

When a roguish reporter made her misspeak,

that odd nickname was born from total frustration,

and vaulted her prey to an infamous peak -

a star in the serial killers’ constellation.

No evidence, no clues, no traces were left.

No connections were made, the killings were random.

that promised an answer if she solved a conundrum:

“What remains of the lover’s heart once cleft?

Who, once jilted, can return to solitary humdrum?”

She would come to believe this artifice was theft;

it had kidnapped her mind, and she paid the ransom.

The letters had stopped along with the killing

after four years of time spent chasing the lives lost.

Until this victim was found in fetid cabbage swilling,

her life and the Killer’s had gone on uncrossed.

In her mind she had rode round a carousel chilling,

circles of self-doubt spinning up at great cost.

“Chalk it up to experience,” a cliche unfulfilling,

Standing in that field, full of death and rank,

the detective could see the lines connecting dot-to-dot.

Inspiration filled what once was always blank,

A constellation of lateral leaps of thought.

A heart cleft by a lover loveless and frank

is tilled like a field and ready to pot.

Only once the soil yields ripe fruit to yank

can the lover be healed, can the heart be rewrought.

The conundrum was solved, the riddle clear.

The Killer could now be finally revealed.

The detective had left her husband that year

before the first victim’s fate was sealed.

Another marriage had cooled his evil sear,

but that wound could never be fully healed.

Just last week, she had happened to hear,

divorce was decreed; and now a Killer afield.

1
1
2
Challenge
National Haiku Day was April 17th ... the object of course - write a Haiku!
A Haiku is usually about nature and beauty as well as all things natural -- It is three lines long and the syllables run as such 5 - 7 - 5 ... give this your best shot and be sure to tag me in the comment box as @Danceinsilence, otherwise I may end up missing a good read. I have shortened the normal deadline of 30 days to 14. There will be a Haiku Sensei Award.

by sound or inhibition

my dance in silence

9
4
5
Challenge
moon/stars
write a poem about the moon or the stars.

that rise around my drowsy repose

on a mat of needles, soft and subdued

Radiance glides down among the limbs

that motes of forest dust disclose

in the lines of light, delicate and slim

Velvet daydreams swirl within the calm

serene I seem within the shadows

afloat on the salve of nature's balm

It’s always the polite ones.

The deadbolt clicks, and the door opens. High heels are thrown off. "Alexa," she says, "Turn the lights on." A pair of shoes on the mat catches her eye. "Honey, I like the new kicks."

"Oh, those are mine, ma'am," says the guy with a bloody axe.

3
0
1
Challenge
Challenge of the Week CLXV
The Trial. A courtroom trial, a trial of strength, a trial of character... write about some variety of trial. Fiction or non-fiction, poetry or Prose.

It started when his parents were sent to prison after the trial.

Restless hours in bed followed by turbulent days of denial.

Straight As at school became "Fuck you!"s at his aunt.

Psychologists were called, and psychiatrists, too.

Then came that specialist with that fateful question,

“Want to join a clinical trial, a new drug for depression?”

He was admitted at once and began the medicine.

Round the clock monitoring, it was an arduous regimen.

But he never got better; in fact, he got worse.

My brother was soon brought to rest in a hearse.

And now I am back at the courthouse once more.

A new trial to test me, can I walk through that door?

3
1
1
Challenge
what if...
Write something starting with what if...

What if I told you that someone else was there that night?

- The slippery postulate of the desperate defense

What if our choices could transcend our insignificant plight?

- The rhetorical premise to enflame and incense

What if we just need more time for our hearts to unite?

- The plaintive plea of a love in suspense

What if society could be more gracious and polite?

If what the questions pose is weighed, more than their answers may be portrayed.

His love fierce without fire, pure without passion, deep but barely exposed.

Hers desperate and consuming, restless and hot, lust and yearning superimposed.

He was straight, full of edges and lines, like a bookshelf, all right angles and square.

She a tangle of whorls and loops, an artist’s impressionist jewel of provocative flair.

His outer geometry was an ascetic translation of the integrity and morals within.

Her fervor and frenzy an intense embrace of the virtues that made him her twin.