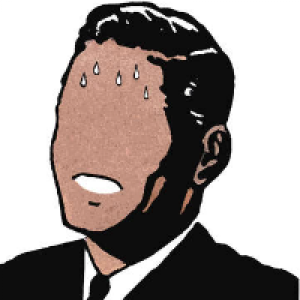 Follow
fudo
6 Posts • 149 Followers • 332 Following
Posts
Likes
Challenges
Books
Challenge
Quote time!
Write a quote. Two sentences or two paragraphs. It doesn't matter, just write a quote you love, hate or it's sad or happy. Be creative! This was mine as an example, "I don't need them anymore. I'm the person they needed, and what they wanted to be."

Do Naked Turtles Miss Their Shells?

free a half god habeas corpus,

aqua fortis abortus in a mortice,

break down the fortress,

burn all the portraits,

in funny scalp hats for a war dress

Gone With The Smoke

The bicycle rolled heavily up the growing hill. The handle of bourbon poked his ribs from inside the backpack between the work shirts and books he was reading. Just as the good follows the bad, another mile and it was a long slope down. At the bottom a flock of mallards sat next to the wild side of the road, and a blue lake touched the forest, reflecting silhouettes of a dark mirage on its still surface.

He stopped to redistribute the weight, and from a rocky bank he heard two guys fishing.

‘So last week was your 40th year anniversary. How’d you know Tess was the one?’ Said a guy wading in big rubber boots to recast his line.

‘You know, it’s something you feel. There’s trust. But you can’t fuck an ugly woman either. If you don’t get that bounce in your heart when you see her for the first time, she’s not it. And luck. You have to be one lucky sumabitch.’ Said the other guy smashing a beer can and dropping it in a black bag.

‘Sorry to butt in boys, but that’s a crock of shit.’ He said, taking a swig of bourbon.

Both men looked at each other, and the guy who had spoken last smiled.

‘OK Romeo, what do you think love is?’ Said the guy.

‘Just a story we kept telling ourselves until we believed it. It’s a survivalist urge for reproduction that our species has glorified into grandiosity.’ He said.

‘Looks like someone’s been burned.’ Said the other guy not looking at him.

‘You don’t really think like that?’ Said the guy.

‘That is unfortunate.’ Said the guy. ‘To not believe in love. You got a cigarette?’

‘Yeah, here’s a couple.’ He said, handing them his last two.

10
3
2
Challenge
college essay prompts
any ideas on a prompt for a college essay? i think there needs to be more choice in what to write about when applying to a college.

The glittering dawn colored the wet bike seat on the ride to work. A raging hangover couldn't keep down the feeling of awe he felt.

Struck against an overturned tire, a new family of bunnies had made their home on the edge of the hollow tube.

Against the hastily gathered grass and dead leaves, there was the hole where the mother had dug, and a litter rested in the long grass and dandelions.

He was careful not to touch them as he laid the recycling can lid slightly over.

The sun was just beginning to set when he came back home. His elderly father was sitting on the front steps. Hands covering his eyes.

He ran up alarmed. Asking if he was okay.

The lawn mower was on its side, and a pair of rabbit feet poked out from a bloody hole.

10
2
9
Challenge
Parent—Child: Filtered thoughts and untold meanings
This will kinda end up as a personal challenge. Sort of. [For those who are parents: What would you like to say for your child? Your dreams for them, your expectations, has there been disappointment? Was there a time your child had done something you aren't completely okay with, and had you told them you forgive them? Which experience did you your child rebelled so much? Why do you think they rebelled? Did they ever rebelled against you? How many times did you cried for your child? Any mistakes you didn't notice up until now unless you contemplate on it? How much do you think you know them well?] [For those who were once a child and those who's not yet a parent: What are the words you couldn't tell to your parents? Did you slipped your tongue and wasn't supposed to say those words? How many times did you keep it in until your feelings burst? What do you want to show them? Has there been disappointment in your part? Have you forgiven them? How much do you understand your parents? How much do you think you know them well?] So how much of those questions and answers conveyed in real life? Both positive and negative thoughts. Here's another challenge, the personal part. If there was, and your feelings aren't properly conveyed to them, slowly and gently communicate. This challenge is just an emotional trash dumping. Dump your craps here then tell those things to them, in a good approach. However, it's your choice to follow it through the end. I'll be dumping mine too.

There is a Van Gogh painting of a wheat field with cypresses (1889). A sky full of curvy clouds touch the tips of trees above a golden field. I used to be afraid of my father. Even old and frail now, he is a towering, oppressive figure that dominates whatever space he occupies. In that painting, though it is of beauty, I only see those trees casting their long shadows on the foliage below, and I am reminded of when I was a child with no sun.

I used to hate my mother. Having suffered a great loss at a young age, She feared that at any moment the worst was to come. We were sheltered to the point of severe naivety, and bullied ruthlessly in school for it. It also did not help that we were poor. Everyday they would make fun of my cheap shoes, oversized jeans, and mended backpacks.

I used to want to die. I remember one day I got jumped in the bathroom after school by three big bullies. I was a small kid bleeding on the sticky bathroom floor. My new watch that I was so incredibly proud of was shattered. I got into the car, and the only thing my dad noticed was the watch, and he said that I did not deserve nice things.

I used to love watching samurai movies. We lived in public housing. Our back porch extended out to an undeveloped land. I had a knife. I left as soon as he dropped me off. I knew my mom would notice, and I did not want to explain what happened as she smothered me with her anxiety. I hiked up the road to where there was a secret trail that the homeless used to drink and do drugs. There was a lake. At the edge lilies grew. I sat down on my feet, put the knife in front of me, and took off my shirt. The first stab left a red mark above the navel, but it did not penetrate. The second stab cut a little of the skin, but not by much. I steeled myself, tensed my muscles, and with a loud scream I … could not do it.

I used to want to have kids. Now as an adult I have come to realize that the broken things inside of me will never heal, and I may inflict the same horror on my child. With me will die that cycle, and when this husk finally fails, I hope that it will be used as tinder for a bright and warm fire, instead of emitting that same cold of a forlorn dark I had come to know.

The lime green aurora borealis wrinkled the dark blue sky. The white mast of the ship where she sat rocked softly in the black waves. Her family were all leaning on the edge taking pictures, when her little sister dropped the phone overboard.

‘Ohmygosh no!’ She said.

‘I told you to be careful!’ Said her mom laughing.

‘It’s still on! I can see it sinking.’ Said her sister with head overlooking the water.

She peered from her side and saw a white light. But it was growing larger. A pale form rose from the depths, and the face of a beluga whale followed, with a shiny phone in its mouth.

‘Wow! Look at that! Thank you Mr. Whale!’ Said her little sister reaching for the phone.

The whale bit her hand, and the last thing she heard from her was a bubbly scream rising from beneath the murky surface.

12
5
10
Challenge
The Devilish Den Of The Style Thieves
We've had this sort of challenge before on the Prose but not for a while it seems... Your instructions are to choose one of your favorite fellow Prosers and write a piece imitating their delectable style. I know, it's a bit of a grimy prospect; rubs me the wrong way as well, but just remember; imitation is the sincerest form of flattery. Tag your muse at the end of your piece or in the comment section to thank them for inspiring you to greatness.

By some unforeseeable folly, a devil may cry, and a jejune person may fold his sport jacket with an unapologetic toss on the chair. But there is still sophistication in an appetite with less flavor. As one may engage in intense argyle-bargle due to a severe case of agastopia, perhaps to a pair of lips that bibble under a moonlight abat-jour, one can also seek a spiritual dragoman to interpret on his walls that dactylographic art. In that worldwide talamh, like thorns to a petal in its erinaceous love, no gadzooks would last written in gobbledygook. No! There's no room here for half-paced impignorate, nor an ickle heart only loyal to the jentacular. No! In paean lamprophony, whether a pauciloquent speech or an endless call that never quackles, one must live this love like an umbel falling unto itself forever!

After years of battling with persistent inconveniences ‘like unfortunate rest, torment, tension, stress, irritation, joint firmness and [existential] agony,’ I decided to give Kelly Clarkson CBD a try. I was skeptical at first as Kelly Clarkson CBD sounded like the classic snake oil pitch, but within a few minutes of consuming the gummies, I was blown away by the immediate reprieve. Where I was hanging by a thread ready to take that great leap into the dark, Kelly Clarkson CBD extended a beam of light like GOD down unto me. The tortuous nihilistic reality of my consciousness was bent through the mirror of cannabidiol coursing through my neurons. Now I have fortunate rest.

Thank you Kelly Clarkson CBD for saving my life!