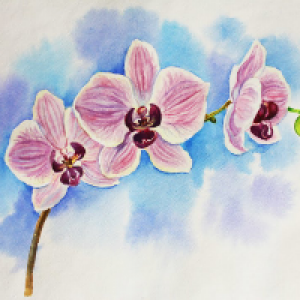 it's been a sec

a lot has changed

after what they did

after what i did

i need new people in my life

so i do not need anyone

she deserves the world that i so desperately want to escape

This is a cry for help

Because you'll never hear my cries

You must read of the tears that run down my cheeks

Just to get away from me

I can finally breath

Because for those brief moments that my abdomen burns

I am no longer numb

I am still empty

If you have read this far

Or call someone on me

If you truly care

Or maybe have felt or are feeling my pain

You'll talk to me

And not just the shell of one

2
1
4
Challenge
Challenge of the Week CLXVII
Pandemic. Write about an outbreak, a disease, a pandemic. Fiction or non-fiction, poetry or Prose.

The Most Fatal Disease

It affects every individual

Whether another human causes it

Or the nature of the earth itself

Love will break a person down

Love will break a person's heart

But love isn't what will destroy a person

It is the side effects

Attempts to Fill the Void

On the Bright Side

The scars left only remind me of my strength

i just want to be held and loved and feel like i belong in someone's arms instead of deep in my grave... is that too much to ask?

I told you one day I’d teach you to dance

I told you one day we’d cuddle

I told you one day I’d be your DD

You said you loved talking to me

You stayed up with me

But I could never agree to your face

One day when we dance

I hope it’s to a scary movie

Under a warm blanket

When I’m your DD

I hope you don’t hurt yourself

Because I care about you

I hope one day you will still love talking to me

Because if you do

Or maybe for an eternity

But all I wish for

Is that one day

0
0
1
Challenge
Write the longest sentence possible
I'll declare the winner based on word count. [Note Well: Punctuation counts! I will disqualify run-ons. If you'd like to know whether I consider your work properly-punctuated, tag me in the comments with that request.] [EDIT: Though I've received many creative entries, this challenge is meant to be taken in a literal sense!! Give me a beast of a sentence that goes on for as long as you can draw it out.]

I can't stop from thinking and over elaborating every single thing I do; you'd think it wouldn't be difficult to just shut down my thoughts, but here I am, once again, rethinking the darkest thoughts to ever consume a human without any escape from it because it seems that no matter what I do, even if I find momentary relief or silence, they'll always come back louder, breaking through the surface of my numb soul with a knife.

I hear the carriage come to a halt outside, the horses braying and trotting coming to a stop as my wife laughs along with her business partner, Emily. "Henry! Ben! Minnie! Your mother is home, come downstairs and present yourselves to her!" I shout upstairs to our children as I dust off my apron. It is a shame we didn't have any more girls, I do love Henry and Ben but they do not prove much use in the world of business or anything that would help our family or their own, they'll mostly be admired to help women bear children.

The children land at the bottom of the stairs still cleaned up from earlier; there's no reason to wait for Elizabeth to get home to have them bathed and having the boys help me clean the house, Minnie's still too young to be engaging in studies. Out of the window I see that Elizabeth had only just crossed the gate with Emily. I turned to inspect the children; Henry, the oldest, hadn't buttoned his top two buttons on his overcoat. "Dad they itch and choke me," he protested when I went to do it myself.

"Henry, do you want a wife? Well if so you need to start dressing more appropriately before the town starts talking about how my teenage son cannot be modest," I retort as I button him up.

"But nothing. Honestly, if you go out like this people will think you belong in a bordello."

Elizabeth had stopped in the middle of the path to chit-chat with the neighbor; good for her, she's been working so hard she deserves a little time to socialize. I move on to Ben; it seems he's starting to grow out of his clothes, any woman could stare upon his ankles and wrists. "Ben you must remind me when I need to tailor new clothes for you, I can't keep an eye on everything you know," I joke.

"Yes, father," Ben giggles as he tries to cover himself appropriately.

Elizabeth has started on her way to the door once again as I finally got to Minnie. Her hair is still a bit damp from earlier as it sits upon her tiny shoulders. She's wearing a dress, which I found a little strange but maybe she was just playing dress up in her room, Elizabeth had been talking about the gorgeous dresses being sold in France for the most elegant of women, mostly prime ministers or even President Madison, who supposedly had a sleek black velvet one being shipped over for her and the first gentleman's anniversary.

As I look at my daughter, I know she's dressing up as her hero, President Dolley Madison and I know she's going to do great things, maybe even become president herself one day. If she does choose to go down that path I just hope I'll be allowed to vote for her, but if not many eligible women will do so. Elizabeth starts twisting the door handle and I stand in line with the children, straightening my clothes to stay pretty for her. When she opens the door Minnie immediately runs to hug her at her knees.

"Well hello there- Ms. President," Elizabeth says when she notices her dress. Minnie then turns to Emily who simply salutes her. Minnie giggles and runs back up the stairs, but not before grabbing the newspaper. "Make sure you practice noticing the date sweetheart!" Elizabeth yells up to her.

"Jack can you set the table with a few drinks for Emily and I," Elizabeth tells me more than asks, but I just stay smiling because I know she's had a long day and just needs a drink.

"Of course dear. Ben, Henry, why don't you take these hard-working ladies' coats," I respond cheerfully. The boys go around the women and offer their arms in service as the ladies take their coats off and Elizabeth reaches down and gives them a quick squeeze of their shoulders as she sends them off.

I scramble to set up drinks for them and stand to the side waiting to be dismissed to get back to cleaning up. I'm so lucky to have Elizabeth as my wife, she's the most amazing woman on this planet; Emily's husband had even told me once that he was jealous of what I have because I'm treated so well. This is truly the perfect way of life.

0
0
0
Challenge
What is the devil afraid of?
Any format goes. Any genre you want.

The devil, like most others, is afraid of a broken heart. But not of his own heart being broken, of having to see the ultimate suffering: a human dying of a broken heart. Alone with a shattered mind. The devil is afraid of this because he knows no amount of torment, so amount of pain could make this person feel again. They have died inside, never to truly love again.