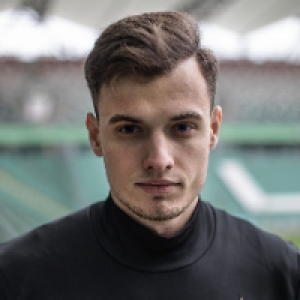 Follow
michaelone
Creator, writer, and dreamer. I love long travel and good company.
1 Post • 9 Followers • 43 Following
Posts
Likes
Challenges
Books
Challenge
Challenge of the Month XVI: July
World Stage. You have the entire world's attention and can say no more than 1,500 words. What say you? Fiction or non-fiction, poetry or Prose. $100 purse to our favorite entry. Outstanding entries will be shared with our publishing partners.

For all the hurt I've caused

All the trust I broke

All the things I didn't think twice about.

The “Sandwich,” the Origin of the Name

To state it plainly, no historian is truly certain of where the origin of the name of that delightful little bit of food we call a “sandwich” originated, but there is one largely-accepted theory.

John Montagu, the Fourth Earl of Sandwich (born in 1718, died in 1792, UK) is largely credited with popularizing this iconic food item (this is not a joke). To make it clear, various forms of what we now call sandwiches existed before the eighteenth century. The acient Arabs would often eat types of meat folded within pita bread, and other cultures would combine vairous forms of bread and finished rye with their food. But it is the Fourth Earl who is said to have named the food.

Of course, Montagu was a middle-ranked lord (the noble hirachy stood as this, from wealthiest and most powerful to least wealthy and least powerful: duke/duchess; marquees/marchioness; earl/countess; viscount/viscountess; baron/baroness; count/countess). That being noted, John Montagu would have had a decent deal of power and infulence. In fact, the old earl had a habit of things being named after him. The Hawaiian Islands had once been named the Sandwich Islands by explorer James Cook shortly after the discovery of the landmass.

In terms of naming the iconic sandwich, the Fourth Earl did not name it himself; rather, the food item was attributed to his title. Two sources credit this, yet both of them contradict each other. One source states that Earl Montagu loved to gamble, and often, when he gambled, he would snack on salted beef between two chunks of bread. However, this source is widely disputed, especally seeing as England was going through a lot of political reformation at this time, and the Fourth Earl would have been too busy on most days to gamble with his friends.

The second source is much more plausable. It states that John Mantagu was a very busy man, and when he worked at his desk, he would often eat salted beef between two chunks of bread. Regardless of which source is actually correct, they both express the same general statement, and most historians assume that the Fourth Earl’s title, “Sandwich,” was simply attributed to the food item.

7
3
2
Challenge
your favorite flower and why

When I walk through the fields, red backpack slung across my shoulders, grass and wheat skimming my knees,

I often go past

I saw an orchid.

when I still live in a city and, starved of nature, I dreamt

Of my room filled with them.