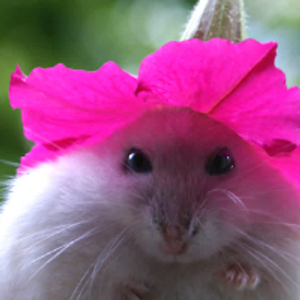 Follow
poetgreen
Future owner of a cat or a duck, whichever comes first. "You sometimes think you want to disappear. But all you really want is to be found."
147 Posts • 770 Followers • 1.9k Following
Posts
Likes
Challenges
Books

Up on the Mountain

At this place, far away from human civilization, I found my nirvana—

circled around their trunks, always searching for something,

maybe blossoms that never grew on the branches

I too, am searching for something...

Darting around in circles, the swallows performed gymnastics as they rushed upwards, plunged down in neat swoops, and then spiraled into the air

as rain lightly licked their feathers

A bird hopped on its feet and looked at me with curious, black eyes

I stood there, unmoving

A straw-thatched house perched on a grassy slope, its door ajar as if inviting me in From the west, a puff of wind lightly tingled the straw on the roof and dipped its fingers in the sluggish river below

Sheltered by lush plants and friendly animals, I even forgot that this was a tourist site—it was a comfortable home for me

However, my reverie was broken when my mother

and some crazy monkeys stepped in my way

“Smile!” my mother yelled to me as she snapped a picture

of me gaping at the mountain

“Oh mom, you broke the silence!” I complained

“We’re going down the mountain anyway,” she replied

As I descended, I took one last look at the startling Giotto-blue sky

and the swallows that dotted it

But before my we reached the bottom, several monkeys blocked the way

Another monkey approached and reached for my floral scarf

As I detangled out of the monkeys’ reaches, I realized that

I was actually enjoying their presence—

As I veered off into the craziness that represents my world,

I stole a moment to just breathe,

took in the magnificent view,

and found peace to take with me

But even with the flowers, trees, and other parts of nature

that I feverishly love so much,

from the safe haven of my backyard to the green spaces of the park,

I felt at peace on this mountain

I rested on the rocky slope overlooking the mountain,

I enjoyed the rough climb upwards because at the apex

I could survey what looked like the whole world

On that mountain, I realized that what captured my heart about the climb is that once I reached my destination, I became part of Nature—

I was in the clouds,

the river flowing below,

and the playful monkeys

Drawing ever closer to the

My eyes watered, and

With images of babies

The hands of evil.

My mother, beside me,

Was reticent, for once.

Her face was shrunken

Only a few steps

The pit of doom.

And beliefs all deprived

The giggling and chatting at

To become a professional

Inside of me, it was

As if the "merry stream"

My mind to shut

Out the noise of

The noise of people

As if to embrace

Once and for all.

Beyond the edge of the trees and silver morning mists,

the ground lay silently, and when in darkness,

The air is soft and cool

beneath blankets and sheets of leaves and branches I could see

and a breeze sighed silently in the night air.

The moon is full and watching the land

When the sun rises,

the light shines all through the forest,

I feel trapped in a painting, unable to wiggle

It happened when I lost my identity two days ago

after never listening to myself and my own desires.

Always bending to others' persuasion

Then a stranger entered into my body.

My eyes has no fire, my face is colorless,

my heart swings to a stop,

and I am always looking

Call me mad if you wish, but life's events ebb in and ebb out,

trapped in that still

and always wearing that expression of boredom

I long to go to the outside world,

Where there's the constant struggle of school, work, and relationships.

Where I can be drunk in the perfume of wisterias and lilies.

Where I can actually appreciate art from an outsider's perspective.

Where I can at least make faces and not stare dumbly into space,

for others to interpret my feelings.

Now I am being shipped off to another place...

Or a dentist's office?

Either way, I am still

Across From the Tracks

Weaving through the darkness

Bumping against the toolshed

Knot odiously around the

Bare lining of my slippers

A doll by the kitchen sink

Choking a vase of sunflowers

As they feel the wall

Walking barefoot through the forest

Pine needles impale the soles of my feet

Stumbling across the field of grass

Where we used to read aloud from mud-stained notebooks

I pour out sand and starfish from my shoes

We let the rain scar our faces

We let the lightning burn our souls

Sitting on the steps overlooking the running track

I use a stone to write to her

Walking in the subway tunnels

At night I lie down in bed

Writing in my notebook

Burning the pages with my tears

Running through the forest

Finding the other me

across from the tracks

I watch a rabbit eat its last meal whole

The vines choke a line of trees to death

Leaves tickle my feet as they rush into the air

I gaze dreamily into space, thinking of nothing

Suddenly, a deer steps out into the glade

I snap back into reality and stare at it in awe

It instantly freezes into a marble statue and eyes me warily

The sound of a gunshot pierces the air

Quickly, the deer darts to the other side of the forest

Feeling ever so rejuvenated, I stretch out my arms and embrace all that is nature

I take in a huge gulp of air and breathe out, listening to the humming of my body

The only predator that I have to fear is time

and let burst the poetic and stubborn side of me

The only hour that I cease to be another person

Distantly, I hear the drumming of a woodpecker—keeping time.

Ode to a Big Baby

So why do you cry?

And why do you drool?

You play with a fly.

Why are you shy?

And you say you rule.

Rule what? The sky?

Why do you act cool?

Put down that pie!

And stop crawling onto that stool!

I won’t give you a tool!

Great, I have to buy

Some diapers and be your mule.

Ugh, I have to try

So you don’t fall into a pool

Or pucker your lip to cry

Foolish to treat you as my

Prince. No, I don’t want your rule

The end of your reign draws nigh

So don’t act so cool.

I won’t miss your drool

And your castle’s waters I won’t ply

Cuz I’m goin’ away from your rule

Light floods into the room

A girl wearing a white dress

She grabs a glass of tomato juice

Until a puddle circles around her feet

She screams for her mother to come

Her new dress is ruined

Her mother cleans her up

A stain the size of a hand

Is emblazoned on her dress—permanently

A gold that scatters about

And hides beneath the brown

Or writhes around trees’ crowns

Citadels all around me—

Door of Death until that day sweeps in

Fallen logs sleep on the ground

While squirrels seek to disturb their rest

And with each gentle motion, four more kiss his soles

A hidden trail greets my eyes and I

Choose to leave this golden dream

To seek my own reality

While people sleep in their cozy beds

Its howl is carried by

And then dies down

When the wind suffocates it

Angels continue to descend from the sky

The black elms tower in the sky

With white frosting on their bare arms

Some cars moan about the stress

Of navigating in this “storm”

It is much more tranquil and beautiful

It is greetings from winter