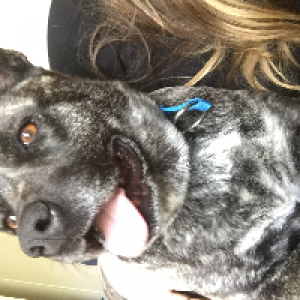 Follow
samanthajane
I wish I could write something here that would have you hanging on every word, desiring nothing but to know more of me. Alas,
17 Posts • 64 Followers • 24 Following
Posts
Likes
Challenges
Books
Challenge
Write about depression.
Write a poem about depression. How it feels. How you came out of it. How it has affected you. (no mass tagging please)

I am drowning in a sea of people.

Watery faces drift before me,

trying to wake me from this reverie.

They are nothing more than fish meandering by,

and all I see are the bubbles of air

drifting from their lips.

2
0
1
Challenge
If hell exists, what is it like?
Write a poem, describing what you think hell is like. Please tag me to alert me to your entry. (Mass tagging will result in disqualification.)

Hell is my mothers body, scorching beneath the hot summer's sun.

Delirious, she whispered brokenly to me,

that she was so tired of the earth and the pain it had to offer.

Delirious, she moaned to her children that she wanted to leave them,

to join God in his eternal kingdom.

Delirious, she growled that I was a burden.

She told me she had stared at the sun for hours, naked, in an attempt to climb Jacobs Ladder and leave this hell behind.

Hell is my father's eyes,

beholding that his daughter is not the little girl he loved anymore.

It is my father's voice, asking what happened to the little girl

wrote her dreams on random scraps of paper.

Hell is my answer, when I scream to him that that girl is gone,

and what I really mean to say,

is that I'm not sure she ever truly existed at all.

Hell is a drunken night,

held down by rough hands

and a foggy morning trying to figure out how to get home.

Hell is my mother's body,

scorching beneath a hot, hot sun

and praying to God that her life will be over.

I know my sons face better than I know my own.

Probably because I spend so much time avoiding my own gaze in the mirror.

If I met my own eyes, what would I see?

A stranger, no doubt.

A wolf in sheeps clothes

wondering how long the act can last.

Drawing everyone in with open smiles,

but not too open,

lest they catch a glimpse of my teeth.

The only thing I ever wanted

was to be loved unconditionally...

I wanted someone who would,

without fear, peel back my hardened

shell and remove the armor underneath.

To see the creature bare and writhing

But here I am, once again.

Collecting the discarded parts of my shell,

picking up the fragments haphazardly strewn

pushing the pieces firmly back into place...

Wishing I'd never removed them in the first place.

I have a dream.

no one holds unspoken words trapped in their throats.

no one directs their gaze at the ground for fear of being seen.

Words are a raging river; beautiful, terrifying, and flowing free from the base of our being.

In my dreams our bodies are books meant to be read and shared.

In my dreams our eyes tell stories to each other

and no one is ashamed of who they are.

3
0
0
Challenge
In 69 words, express how a woman by the name of Lizzi Potts makes you feel. Every stanza/sentence must start with her name and end with a rhyme.

Lizzi Potts, with your emerald eyes.

Lizzi Potts, with your frequent lies.

Lizzi Potts, I know how you felt,

playing a game with the hand you were dealt.

Lizzi Potts, with a dangerous mind

she was cunning and quick, deceptively kind.

Lizzi Potts, she always knew what to say

to obtain her fix and get through the day.

samanthajane in Stream of Consciousness
• 37 reads

I don't write when my husband is around. A part of me feels like this is an extreme rift between us, that I should be able share my innermost self with him. But I married him knowing that we were different people who believed different things. On good days I like to believe that down to our core, to the most base and soul deep levels of ourselves, we are the same. I tell myself that that's where it counts. I think about the love we share for our 8 month old son and I feel my heart contract with that infinity feeling. I like to think that our bones match, that both of our bodies were gifted with generous hearts and that our souls were crafted of the same light. I try to forget about the human stuff. The surface level stuff. The little things that shouldn't mean anything but just happen to mean everything. He doesn't kiss me as soon as he sees me anymore. He doesn't brush my hair back from my face. He doesn't reach for my hand while he is driving. He doesn't call me beautiful. He says I should know he loves me without those little things. That if he didn't love me he wouldn't be here. But I see how he looks at our son and I know he'd stay with me even if he hated me to his core. He would never risk losing our son. Its not as extreme as that. He doesn't hate me. But I feel like an old woman trapped in a 23 year olds body. My soul feels heavy. My body stretched and re-molded itself to make room for new life and somewhere along that journey I lost pieces of myself. How can my husband not see me differently when all I can see are the ghost limbs of what I used to be?

Nine months. My body is a house. We share everything and I'm not alone anymore.

samanthajane in Stream of Consciousness
• 28 reads

Baring my brain in a stream of consiousness brings forth absolute terror in my body. I don't do this, I keep saying to myself. Debating whether or not I'll actually hit the publish button. A mind is a very personal thing to me. I've always held fast to the belief that if I gave away too much of myself there'd be nothing left for me to enjoy. I care too much about what others think to tell them about the dark ghouls that live inside my skull. They see me as some generous, sweet, naive, girl. Thats how everyone sees me because thats the image I've chosen to portay. And maybe there is some part of me that is that benevolent, innocent girl. But I know that there is a huge side of me that stays hidden except in moments where she refuses to be kept silent, moments where she has had enough of the deep indentation of footprints upon our back. Sometimes I think I am crazy, because of the duality that inhabits me. But then I think about that quote I sometimes come across. The one about the three sides to every person? The one about how there is the way the world sees you, there is how you see you, and then there is how you really are? It goes something like that. But in my opinion there is so much more of people than three simple sides. How can you contain infinity in only three categories? I agree, most of the people in the world probably see me the same way. I think they see me as innocent and naive because thats the image I foster. However, maybe they don't see me that way at all. Maybe there are two parts to this category. How the world actually sees me and how I think the world sees me. Theres no way I can delve into each persons mind and pluck the image of me out their brains, right? However, on the subject of what I think of myself...well I think a lot about myself. I am human, after all. Sometimes I am amazing in my own eyes but most of the time I'm the scum of the earth. Sometimes I am some unique creature and other times I am just one tiny fragment, meaningless in comparison to the rest of the world. Then who am I actually? Some strange hodgepodge of all of these differing images?

3
0
2
Challenge
A 5-minute mind doodle
Set your timer, doodle words with your mind and show us!

I hate due dates.

Well, there's one due date that brought me

All others are black holes that suck my energy out.

They creep upon the procrastinator

You don't know they're upon you

until they've half devoured you and

panic sets in as you struggle to escape

the inevitble crush of anxiety that cocoons you.

and barely enough words to fill a page.

Go to your happy place, I whisper to my brain

and attempt to focus on the image

of an endless field of flowers

a light breeze that never dies

a tree that never stops growing