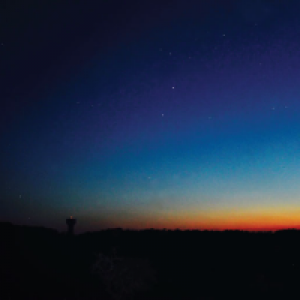 Follow
thealphawolf
24
10 Posts • 52 Followers • 59 Following
Posts
Likes
Challenges
Books
Challenge
Talk about it
We all have something bothering us. If you do have that and feel like you want to write it down, go ahead, this is for you. But if you feel like talking to a person directly, just know I am always here for you. :)

Maybe I'm afraid that you were simply lonely.

That it had nothing to do with me.

It could've been anyone you got attached to.

Or maybe I'm afraid that I was simply lonely.

That it had nothing to do with you.

It could've been anyone I got so attached to.

And maybe I'm afraid because I'm lonely all over again.

I wish I could write something

But I don't think words could make it sound

13
5
0
Challenge
What is a smile to you?
Write anything about what a smile can mean to you. :)

The reason why I lie

Was to see your carefree smile.

So when you asked me if I’m okay,

The opposite of the truth was all I got to say.

I want you to laugh freely,

To always think that life is easy.

For easing your worry

Is my sole duty.

You don’t understand, do you?

This is not just about never being blue.

It’s about protecting your happiness ’til death,

The only thing that gives me strength.

2) The earth is dying, and my future along with it.

3) I don't understand what is going on in AP Physics.

4) Anybody can come into my school at anytime and shoot me.

5) I want to shave my head but don't want to stared at.

6) People are being attacked for their identities. Am I next?

7) I don't know want is going to happen next.

Tomorrow is a Forgotten Yesterday.

The sun kisses the earth each morning while the moon embraces the night,

And we smile bright like fools captured by a magnetic sight.

Life’s the keeper of our destinies, Ah you think you’re grown.

You think you know today because it’s here,

Shaking your hands, offering a breath of fresh air.

Just the truth of a passing season another untold game.

Why do we anticipate life when it’s living we must,

High five the air as it kisses your cheek,

Catch each shard of raindrop before it touches your feet,

Hurt is a must, it’s the gym equipment of life,

A heavy burden and too big a price.

Fuck it, I’m here today I know not tomorrow,

But right now in this moment I’ll dine with time

How now am I the victim of thine own insecurities,

Of baffling dreams and made up realities,

On paths that bend for the rich to oppress,

And the poor less suffering; what a total mess.

How now do I walk in this brightly lit night,

And as we crawl while running from the destination we create,

Life will punish, oh what a daunting faith.

How now here I am in this temporary splendor,

My heart on my sleeve, brains ultimate contender.

And though your eyes roam through my soul and win,

I am the giver of thine own punishable sin.

looking broken up inside

I saw someone in the mirror

Who looked like they had lost their will to try

Instead I let the stars hang, shine bright and my heart beating loud in my ears - I walked away. Skin cold, breath held in my throat and anger simmering beneath my bones - I left. You were silent. I could feel the distance between us increasing. I didn’t know where I was going, my mind was numb. You were silent. And I think - that changed everything. And I think I felt sorry in the end. And I think - I must’ve never loved you; we must’ve never loved each other.

Because when I ever saw you, I wasn’t looking at you. I never did, until that day. I was staring at the December night sky as my hands gripped yours tight.

And you never looked at me. I know this because you told me in the silence of our aftermaths. In the cold silence left behind in our collisions. The only time you and I talked and listened to each other.

I think we were falling before we met and in the middle of the Fall, we found each other and held on to each other. But we couldn’t stay floating forever and we had to let go.

and now, I think we were met to fall in the end.

(even though, I didn’t want to. Still wished I hadn’t) (even though, my heart still feels hollow sometimes in your absence)

and sometimes, I wonder where am I heading now. I wonder if it will be harder to run or to dig my heels in the concrete and stay.

And I think - everything will be easier now.

You gift small pieces of your soul

assuming it creates a hole;

your essence fades away.

An empath's curse is draining, sure,

but magic is at work-

when love's received, and that love's pure,

your heart is fit to burst.

will always balance out,

so go ahead- be amorous;

there never was a doubt.

I Control— An Essay

The first time I ever committed real self-harm, I was 13. Emo was cool, and kids were cutting, and that was acceptable. I was almost jealous. My insides were constantly twisting and writhing, and I wanted it out of me. I wanted to control all of the aching and stinging. Cutting seemed like a grossly under thought plan. I was analytical and overly conscious of my decisions. I was never anything short of thorough. I remember in an out of body moment of maturity and clarity telling myself, if you’re not old enough to decide if you want a tattoo, you definitely aren’t old enough to decide if you can live with the consequences of your scars. What I didn’t know was how eternal mental scars linger. What I didn’t know was the way that choices stick.

For awhile, I had been imparting minor afflictions on myself. I would snap rubber bands against my skin or claw at my thighs. Squeeze my nails into the palms of my hands. Sometimes I would pull at my hair until my scalp ached, never hard enough to rip any from my head, though. I frequently starved myself. Things that hurt in a way that relieved some internal pressure, but were never enough of the control I was craving.

I had changed schools that year after being expelled for fighting, and that coupled with an onslaught of teenage emotions had made me ill-equipped to navigate relationships. Especially at home. Everything kept building up inside of me. The fighting probably should have served as some type of warning to my need to release the internal struggle externally, but somehow I missed that sign.

I don’t remember what set me off, but I remember a quick cataract of thoughts. I remember fierce anger. I remember feeling like if I didn’t hurt something on the outside my insides would explode. I had already decided cutting was not for me. I opened my desk drawer, stuck my arm in, and slammed. My wrist bled. The bruising was immediate. Purple and red swelling like water color spills under my skin. There was a puckered, white crease at the point of impact that had small trickles of blood where the skin had ripped away. I didn’t feel it. What I felt was a rushing sensation in my head and my spine. It was followed by intense heat and then the feeling of cold water dripping from my fingers and toes. I used that method more than once afterwards. Sometimes if I was the only one home I would slam my ankles in doors. I don’t know how I never broke anything. That moment of release began a constant search to expel my anger on myself.

My eating disorders became more relentless. I had extreme body dysmorphia, so it wasn’t hard to drop my guard and unleash that particular form of punishment. My mother was a nurse, and I was always careful to check in with myself physically to limit the chances of hospital visits. Feeling faint or a bit dizzy was ok. Hunger pangs were ok. Racing or irregular heartbeats were not. Dehydration was to be avoided. I was good at hiding things.

I started going to shows around this time, as well. I learned quickly that a bit of unchecked passion in the mosh pit would get me hit hard. I was a wild thing. Not only was this a place I could let out my anger, but this was a place I could get hit back. I had complete control over this fighting. If I wanted calm, I stepped back. If I needed power, I became untamed.

When I started dating, I picked sexually and emotionally abusive partners. Not purposefully, but their quick-to-anger attitudes often drew me to them. I knew I would be able to incite fights without much persuasion.

I started self-harm before I knew what I was doing. You can’t take it back. At some point it becomes the only way you know how to manage anything. I still put myself through daily abuse without ever consciously deciding to. I seek out dangerous situations. Street racing, rough sex, being pushed around at shows, parties where I don’t know anyone, and neighborhoods I probably don’t belong in. I throw myself into hard to complete projects or emotionally draining relationships. I still tend to use eating disorders to feel dominance over my physical appearance. And I somehow never feel like the one in charge. The abuse rules my life, and I’m not sure if I know the way out of it.