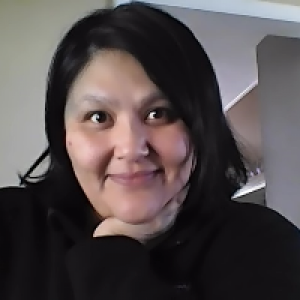 i live in the bottom.

we dont want much.

we dont need much.

we live a lie.

its not who we are.

its not what we want

and fight your own fights.

hiding from the boss

i am free falling through the spiral of sublime

i can only grasp the air ripped and torn

through shades of winter i still mourne

deep and far in my thoughts

never drifting too far from this heart

but hardened to melt one day

when the sun decides for us to pay

and then i shall see

what exactly is in store for me

maybe i'll become a star and will fall

maybe ill be a giant and tower super tall

demanding my feet to be praised

and worshiped in all ways,

dodging even the sun that day

daring her to find us in the thick

but she knows not that we are quick

left and right we slice the air

nothing, not even light can compare

this is the place i long for

but i fear it is all lure.

where is the cry coming from

the little kids are crying out for their future

they know the babes will have many more tears

than they have ever cried out

their grim tale is beginging to ignite

it will surely burn to ash

and the cries will learn to watch

they will become the restless

the ones who come to watch

who can make a hoe a house wife

finally for you who really want to know

what it’s like these days for a real reformed hoe

I asked her and well in her younger days

she told me she used to smoke and blaze

she never drank but that was only a phase

it started first, just party for one night

then temptation got harder to fight

she turnt up at every excuse

then no one prepared her and she got knocked up,

started drinking, got a felony, and in a year, was locked up

she had to learn how to slow down her roll

her legs carried her through every rough step

her family watched and her father wept

for decades she broke promises or never kept

drinking or sober, she was left feeling older

she had grown up problems; she was already middle aged

she just wanted out of her nightmare's cage

she tried church and was rebuked for being a sinner

by judgmental hypocrites who loved their Sunday dinner

she worked hard and paid back all her debt

she changed, met a nice guy, they practiced safe sex

even though she had been on two train wrecks

he helped her finish getting it back together

season after season they did weather

he managed to do create a happy life

by making a reformed hoe a house wife

weed is my love

Attention while i ode to weed

for this I have a great need

love me my sativas

Jack Herrer, Greek Crack, and Durban do a please

But Colorado gave me a Strawberry cough and a sneeze

And then my hunny grew me lemon haze

it reframed the religion i use these days

otherwise they help me get through.

But purple is my favorite color, and add a little Kush too,

Even some Afghani big buds and give it some ice

man indicas know how to entice

Without these my brain would attack me

I couldn’t survive without weed

Im not forgetting about the hybrids

I prefer any of these to my old meds

So bless the initial stoner

And the first dispensary owner

and all of us who are pt. card holders

just kidding, weed is for everyone

Riding around on that little girl’s bike

Pink handlebars and a white basket too

I’ll bet you still beg mama to kiss that boo

I’ll make it where she can’t recognize your face

Your gonna have to hide you god damned disgrace

Go give that child her damn bike back

Before i set the dogs to attack

Shoot on second thought; Let them get your nasty ass

better go on take your ass around the long way

Before I wake the boys to make you really pay

The men who came together to unite and stand against the terror of the king of England, did so with the ambition to live no more as slaves to the throne. They fought for freedom from OVER TAXATION and UNDER REPRESENTATION, sound familiar?

It totally should! Why do we have government that regulates the money WE earn? They hold us captive to debt under the precious capitalism. The have keep having while they hold down the have-nots. Where did the American dream go? It wasn’t to be shrouded in debt. Debt is not ownership. Without true ownership there can be no true freedom.

Our framers of the declaration of independence DECLARED NO MORE. And guess what they had the foresight to include in the declaration that if government gets controlling and the people forgotten it is us who give them the power they have; it is ours to take back

Look it up. Educate yourself! Really read the preamble to the united states constitution.

"We hold these truths to be self-evident, that all men are created equal, that they are endowed by their Creator with certain unalienable Rights, that among these are Life, Liberty and the pursuit of Happiness.--That to secure these rights, Governments are instituted among Men, deriving their just powers from the consent of the governed,--That whenever any Form of Government becomes destructive of these ends, it is the Right of the People to alter or to abolish it, and to institute new Government, laying its foundation on such principles and organizing its powers in such form, as to them shall seem most likely to effect their Safety and Happiness. Prudence, indeed, will dictate that Governments long established should not be changed for light and transient causes; and accordingly all experience hath shewn, that mankind are more disposed to suffer, while evils are sufferable, than to right themselves by abolishing the forms to which they are accustomed. But when a long train of abuses and usurpations, pursuing invariably the same Object evinces a design to reduce them under absolute Despotism, it is their right, it is their duty, to throw off such Government, and to provide new Guards for their future security."

we haven't talked, month after month

i don’t know why we even front

this is just how things be for us

we don’t talk but we have way less fuss

than the families who pretend

don't lie, you ain't my friend

but now you'd sell me out for a dime

its alright though, just take it day by day

we don’t have to each other aggravate or hate

only time will tell, we just have to wait

till then, lets keep keeping it real

keep your knife out of my back kind of deal

i'll always be civil and to my word hold true

if you realize and say that me, you never knew

it doesn't mean we can't ever retry

but right now, you keep making me cry

so go away and live beautiful and fair

all of the moments from here to there

splendid company they do make

there is always chatter of someone’s poor sake

I haven’t even met everyone

But I get along and have plenty of fun

I don’t know what job each does

Or why they’re standing all

In this lobby that is far too small

I can’t recall where exactly I was

Exactly during this particular buzz

Every time, my eyes would shut

I would feel the tense unease of my gut

I felt nevermore surrounded yet all alone

Choked on their vapor till I was stoned

Not a breath more could I inhale

It was now that my judgment was to fail

And They were laughing now at my poor sake

It took all of this to realize they were fake.

That justice find her way through the fight

this house is badly damaged, wrecked, and has needs

but was built on a rock that bleeds

who will stand to re-build, re-form, re-call

DEMAND JUSTICE FOR ALL

its everywhere, it must be the way

fire burned up the end of may

plenty of nothing left for tomorrow

we are centuries later with little noted change

a great division exists among people in every range

education is still a privilege available to buy

if money were no issue and living was on high

if people were paid what they were worth

and manners, courtesy, and respect flowed forth

from all who lived on this big blue thing

if we all practiced tolerance and forgiveness reigned

isn’t it about time we all got a clue

be friendly, kind and support those who are true

people aren’t that different whether near and far away