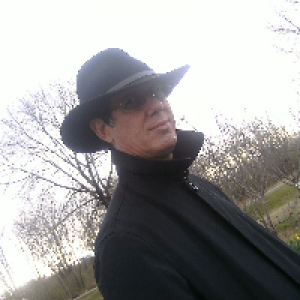 President Trump has made sport.

RBG is so pissed,

1
0
5
Challenge
Challenge of the Week XCIV
Lies and Liars. Perhaps it's a time when two accounts conflicted. Perhaps it's a lie you've told yourself since before you can remember. Write on the themes of lies and liars. Fiction or nonfiction, poetry or Prose.

Untrue in My Heart

The next sentence I write is a lie. I am lying. Now, if that first sentence is to be believed, it is untrue. Or, maybe it is the second?

It happened in my carefree youth, in the days when my parents set the tone for my behavior. Can you blame my tendency for exaggeration? For mistrust? Can you seriously question my veracity, or inability to render accurate retellings of ancient history?

I've been lied to since my birth, after all! Seriously, it all began with the most insidious lie of all, that "Mommy loves you!" Really? She nurtured me from sperm and egg to mewling infant, only to push my unprepared self into this horrid world of bright light, loud noise and very real danger? That doesn't sound very loving to me! I've suffered grave bodily harm: grievous injuries, broken or sprained bones, cuts, scrapes, scratches, contusions, bruises, rancid food, near drownings, burns, bites, battery, illness, sickness, plagues and even have been put, against my will, into vehicles whose sole purpose is to accelerate my frail, tiny body to obscene speeds, just to placate some drooling old woman who pinches my cheeks without my permission!

Don't even get me started about all the fucking lies I've been told about the Dentition Fairy, the Rabbit of Easter, (colored eggs!), and the nefarious burglar and thief, 'Saint' Nicolas! Saint my ass! He took all of my best toys with him, after scarfing our meager offering of charred dough and bovine excrement! Oh, you doubt me? Then, where is my goddamned pony?

Deep, calming breaths... I must relax, after all. My doctors tell me I must do so, because my blood pressure is too high. I am assuming they aren't lying, either, yes? The same charlatans and snake-oil salesmen who wrenched me, kicking and screaming, from my dear Mother's womb, putting me on a path of desolation, disappointment, disillusionment and dental hygeine! Those fuckers! What possible reasons do they have to care about -my- health, I ask you? Am I to be their indentured servant, paying indefinitely for their inadequate, antiquated, infirmary remedies, their wizened fingers scrawling out arcane potions from apothecaries of doubtful repute? It surely seems that way, of late.

I would turn to our leaders for justice. But, even there, nay, especially so, there, in the hallowed halls of government, is there no room for Truth. Justice is not only blind, but her orifices are stuffed full of the turgid members of political hacks, her fingers pushed into the holes of a Parliament of Whores*, themselves no better off than she!

Why, even the Supreme law of the land can't recall whether he is a raving alcohlic loon of fantastic proportions, or a generic fraternity scion, sowing his wild oats across the delicious, voluptious bottom of a future Intelligence Operative and Dean of Psychology!

How, then can we mere mortals be held to account for anything? Oh, you suggest we turn to one of the myriad of illusory, evasive and poorly documented Sky Wizards or Underworld gods, from 'mythology'? I assume you understand the irony of such a statement...

In the absence of evidence, I will simply continue to live my lief. The rest of you may choose to do as you please, as well, so long as you steer clear of my path. It would bode ill for you to question whether or not, in any event, and, at any time, I am merely a liar.

*Thanks to PJ O' Rourke!

It's an amazing sight. A planet of aquatic abundance, it's varied forms of life teeming just beneath the surface of a pristine sheet of dihydrogen monoxide molecules. The surface of the seas roils, mountains and valleys of liquid phase solutions, the crystals of salts dissolved among their massive undulations. Birds, fish, cetaceans, and pinnipeds frolic, racing and diving to great depths, feeding on plankton, shrimp, and each other. All fear being the prey of the great sharks, but most simply exist in a state of damp, moist exhilaration, living lives of perpetual freedom, until the day they, too, fall to the floor, oblivion beckoning. Oh, and brave sailor’s eat pepperoni pizza in hurricanes, and other tempests, at their peril! Such risk of regurgitation, not pleasant!

2
0
1
Challenge
Who or What is Your Greatest Adversary? $5 Prize
Mass tagging results in disqualification.

My Greatest Adversary Is My Keyboard

It’s time, once again, to put thought to paper, as ephemeral as it may seem.

Miracles, of code; of electrons.

But, far be it from me to staunch the limitless flow of my mind’s eye; ideas pour out and onto the keys, and thence to ... somewhere.

On a good day, the words are strong, and full.

You, my reader, my lover, my hater - my other adversary - can taste them. They are like lemons, or sweet honey - bitter as coffee, or warm as a roasted marshmallow.

During bad times, they rot; they reek, they stink. They do other things that are really odiferous, trying my patience, forcing me to yank out the thesaurus in frustration.

Yet, it is my own personal keyboard that thwarts my efforts at protruding into your conscious minds the most. It jerks, or hesitates. Letters form where I did not intend.

I wrestle the language, but it is the mechanical reality of a keyboard that throws me, helpless to the mat.

The intimacy I crave recedes to a distant memory.

Then, the power off, that, too, eventually fades.

1
0
1
Challenge
In fifteen words, what is love?

1
0
3
Challenge
In 50 words or less; how important is intelligence?
poetry or prose; anything goes.

You want to understand how important intelligence is? The sheer arrogance of your assumption, that you are even able to understand my answer, defines your ignorance! Your pathetic attempts to describe what pulses through Me eternally only underscores the infinite emptiness that your mind is doomed to inhabit. --- God.

“Keep it up, wiseass!” he growled, his shaved head gleaming with perspiration.

“I will kick your ass!” yelled the huge, dark mass of rage and muscle.

The rest of the prisoners and guards watched as the two grabbed each other and wrestled to the ground in a knot of straining flesh.

“Love is the only way to resolve our differences!” someone shouted, and the bald man’s brows were knit in a sudden epiphany.

He gave his opponent a hard knock with his head, and the man fell like a redwood, crashing to the hard ground of the yard.

“Kiss me, you fool!” he giggled to the unconscious mountain, and then planted a big, wet one right on his still lips.

<Alternate challenge entry since I aren't too good at ththe reading.>

1
0
2
Challenge
Explain a film plot badly. See if anyone can guess what the movie is supposed to be in the comments.

You know you want to hold it, Dr. Pretti...whuff.

Heroes with the names of places, aliens with dirty faces...

Playing piano in a bar, no matter where you go...

0
0
0
Challenge
There are words that are both nouns and verbs. Among these are keep, kick, kiss, knit, knock and knot. Write a 6 line story that uses 3 of these words as nouns and the other 3 as verbs. Prose or poem format. $3 prize

“F*ck!” I exclaimed, as my keyboard f*cked me, once more.

The keyboard was an expensive one, too, that cost me a f*ckton of hard-earned money.

It worked, sporadically, as I created my work, with words, as is my wont.

Work for me was something I enjoyed; I wo*ld work endlessly, for ho*rs, at my work.

2
0
3
Challenge
write about something seemingly happy (or innocent, cheerful) that is actually quite sad (or dark, immoral) .

The wafer is white.

The wine is red.

Or, give me head.