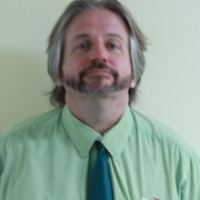 Follow
AndyBetz
Lover of my wife, the color green, clever twists of words, and the Beatles (in that order)
928 Posts • 621 Followers • 868 Following
Posts
Likes
Challenges
Books

It may take two years to read, but if you ever wondered why things are the way they are, you now have the time to figure it all out.

1. How much time do the early vote counters require (this time) to create fraudulent votes to pause election night vote counting and declare their own winner?

2. The picture speaks for itself.

"Gov. Kathy Hochul (D-NY), who showed on Tuesday night why it is that she only agreed to one debate, had a particularly cringeworthy performance when it comes to her handling of crime. One especially viral moment was when she actually told her Republican opponent, Rep. Lee Zeldin (R-NY) "I don't know why that's so important to you" when it comes to holding criminals accountable." - Townhall

Add Biden hiding in his cellar, Fetterman not having a clue, and Whitmer's contradictions, it is no wonder Dems do not want the population to see them debate.

Hillary is now fundraising on claims that Republicans have stolen the 2024 election.

So out of touch.

Not capable of hiding their deficiencies.

Obviously, protected by a media narrative.

The choice is clear.

A third Trump impeachment and corrupt media will not stop reality.

Is this quid pro quo?

Biden to Saudi Arabia - "Cutting oil production will have consequences . . . So delay the cuts until after the election when I will have more flexibility."

If Trump said this, even if Trump repeated what Biden said, then bring on the 3rd impeachment.

For Biden, it is just Tuesday.

That is how the narrative works.

This picture is from the North Wing of the US Capitol Building. The explosion tore through the 2nd floor.

Linda Sue Evans and Susan Rosenberg (and others) detonated their bomb on November 7th, 1983. Both were far-left extremists. Both were part of the far left resistance conspiracy. Both were arrested and found guilty.

On his last day in office, Bill Clinton commuted the sentences of both.

An explosion in the Capitol Building is not really a crime if you have that little (D) after your name.

What did you think the term “Sanctuary City” actually meant?

It only takes a few buses to get the woke (D) politicians to finally wake up.

"We should protect our immigrants. Period." "Yes, New York City will remain a sanctuary city under an Adams administration." - Mayor Adams (D), October 21, 2021

"We have not asked for this. There was never any agreement to take on the job of supporting thousands of asylum seekers." - Mayor Adams (D), October 07, 2022

You wanted them to come and they did.

Final note of season three of Babylon 5, spoken by G'kar

. . . the war had paused, suddenly and unexpectedly. All around us, it was as if the universe were holding its breath . . . waiting. All of life can be broken down into moments of transition or moments of revelation. This had the feeling of both.

G'Quon wrote, There is a greater darkness than the one we fight. It is the darkness of the soul that has lost its way. The war we fight is not against powers and principalities – it is against chaos and despair. Greater than the death of flesh is the death of hope, the death of dreams. Against this peril we can never surrender.

The future is all around us, waiting in moments of transition, to be born in moments of revelation. No one knows the shape of that future, or where it will take us. We know only that it is always born in pain.

Few write in this way. Fewer still have a reason to do so.

"Vice President, can you clarify what you meant about equity for hurricane relief?”

Kamala refuses to answer the question or explain what she meant.

Because we know what she meant.

Just listen long enough, don't wait for the media to report or explain, and every politician will tell you exactly what they think and what they have planned for your tax money.

“The United States shares a very important relationship, which is an alliance with the Republic of North Korea”

Doesn't anyone in the government have the smarts to brief Kamala?

Doesn't Kamala have the smarts to know what 6th graders are required to know from government mandated Common Core standards?

On the plus side, at least Kamala will get to see what a secure border ACTUALLY looks like.

Bonus: Send Biden to this border so he can see all of the dead Americans it took to actually secure a border.

"Autumn is a second spring where every leaf is a flower."