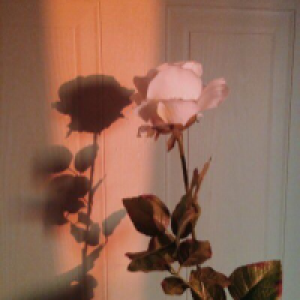 Follow
Bo_Evoletii
Your eye may be drawn to my light, but my shadow has more to say
58 Posts • 126 Followers • 10 Following
Posts
Likes
Challenges
Books

Slytherin getting 200 points taken for breaking social distancing rules, yet Griffindor gets 500 for being brave enough to hug the Slytherin in troubling times.

Griffindor: *stirring from sleep* Your son is awake.

Slytherin: *half asleep* Before sunrise he’s your son.

Griffindor: I have so much work to do

Slytherin: then why don't you do it then?

Griffindor: Because you're laying on top of me.

Slytherin: well, I guess you're stuck there for the time being

Griffindor gets in trouble for sneaking into the Slytherin's room to make a pillow fort because the Slytherin is sad.

Slytherin getting in trouble for almost killing a kid who tried pranking the Griffindor.

Got any name ideas? And which genders for which house?

Proxy scowled as the man walked closer to her.

Go away, she wanted to scream, I don't want you, I want him.

" So?" she asked, her hand on her gun holdster, eyes of steel. He laughed, a cold, raspy laugh that made her skin crawl angrily. " I didn't want to see you. I want him."

He raised an eyebrow, his face twisted with laughter.

I looked at him in shock, waiting for him to laugh again and lead the boy to the light.

Proxy's face was calm. But pointing the gun, and shooting him over and over, until her shoes were stained with scarlet, was a quietness louder than thunder.

She wiped her hands of what remained of her father, and kicked his body in the ditch by the road. She had no remorse or guilt. She had waited for this moment.

Murderous tendencies ran in the family, she figured. Fool.

She picked up her mask from her backpack and slipped it on, her face cold from the wind. She slipped her gun in her pocket, and slammed the door in the car a little too hard, and stepped on the gas a little to fast, and forgot about her father a bit to quickly.

Her brother was still alive. Her father was a terrible liar.

She'd find him even if it meant killing every person in the city if she had to.

sing me to sleep

Why can't I just turn in my bed at night, to see you lying by my side, my arms covered by your sweatshirt, our feet brushing, your mouth moving in my hair as you sing me to sleep?

ok what if there was a Slytherin who seemed cold, but was really sweet and loving on the inside, and didn't know it until he met a Griffindor who was really shy and lonely, and at first, they hate each other when they get partnered up, but then slowly start to bond, then one day the Griffindor falls in love with the Slytherin, and doesn't know what to do.

ok, what if there was a child of Hades who came to Camp Half-Blood, and fell in love with a child of Demeter, who was nothing like her siblings, preferring spending time with the child of Hades. Then, Demeter finds out and tries to stop the budding friendship, hoping she can stop her family from Hades or his descendants.

ok, what if in the Land of Stories a child of one of the monarchs fell in love with one of the villains, and they both run away, not realizing that the prince/princess' health is being affected just by the presence of the villain.

ok, what if in one of the Loops, Jacob found a little girl who was just like him, and they slowly begin to bond, like siblings. What if one day she is stolen, and Jacob has to find her before she dies, and soon, he has to make a choice of whether to kill Emma or his adoptive sister whom he's come to love.

Ok, what if in Thunderclan, a rogue left her only kit, in the territory, and Thunderclan raises her, not realizing the reason why she is so peculiar and her dreams, is because she's reborn. As Tigerstar.

Ok, what if Sherlock Holmes was a girl, who struggled with being accepted as a female, and with the weight of Watson getting married, even though she loved him first.

Ok, what if during a mission, Peter Parker is frozen in time and is later rescued by a girl with an iron suit who follows him on missions, and they slowly start to fall in love. Oh, and her name? Megan.

get wrecked, kinder me

ZeuS’ Son Is The Sun What No ReallY?

My friend’s telling me to ask you out.

I’m too scared to tell you I love you.

What if you don’t love me back?

I miss you calling me at night to rant, and I want you to rant, I like the sound, I like your voice, I like you.

But I’m not sure I’m brave enough.

Hey guys, I have a favor.

I have an amazing friend, @LordOfFallenAngels, on Scratch, and they are amazing! Could you comment for her please, she deserves so much love and her art is underrated. Follow her too please! <3

I watch you silently over my computer screen, your intelligent blue eyes trained on your prize. Your fingers roll over the remote like water over smooth rocks, not pausing for a heartbeat.

To my mother, you are her son. To me you aren't just my brother.

You are Nintendo Master.

The little blue-eyed seven-year-old kid who beat all the games on our old Nintendo in a day. Donkey Kong wouldn't stand a chance. Bowser would melt in fright. Donkey Kong Junior would crap himself silly.

When the doctor came and you were bored, doing tests for hours, I wanted to scream.

" Let him play, you idiot!" I'd mentally curse.

Nothing is more touching than my best friends coming to my front door and doing a kickline to cheer me up after telling them about my bad day.

the flames can't burn me anymore...