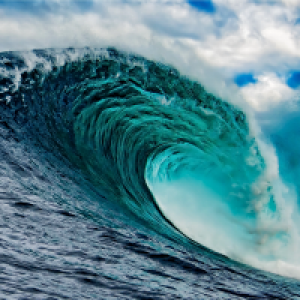 Follow
FireLance
This is NutharaK on wattpad and inkitt- a teenager who loves anything with a story in it.
21 Posts • 41 Followers • 184 Following
Posts
Likes
Challenges
Books

I sit down and start writing. When I stop, my fingers hurt, my head hurts, and I'm starving. Wow, writing sucks.

A few days later, I casually read through what I wrote, and I can't believe that something so nice came out of me. Not bad, huh?

Of course writing is hard. It's creating something out of words, and sometimes you don't even know how it ends. We're pouring our own hopes and dreams into the pages.

You know how you sometimes just stop what you're doing and ask yourself, what's the point of doing this?

What's the point of reaching the weekly goal or turning the yearly profit?

What's the point of living?

I reply to myself, "Actually, the point is living."

Where I come from,

The trees are sculpted jade

The sky bears a stolen shade of robin’s egg

The air is as humid as a troll’s armpit

And the earth, richer than a king

Its jewels vine and shrub.

The men are dark

The women are but fair

But surely ’tis the color of a raven’s wing

That adorns their flowing tresses.

And are those not tea-leaves

That wreath the hills far and wide?

We are but one

And that is Sri Lankan.

2
0
3
Challenge
Write from the perspective of Mother Nature viewing her ruined earth
I am doing a photography exhibition in Manchester City centre (UK) and want a poem that I will record being spoken to go alongside my photographs of moorland fires, the winner will have their work displayed at the exhibition and will be credited.

I see the silver and the black, I see the red that slowly eats up the green

To protect them, to protect my children from the brilliance of their sun.

I see the poison they mix into my life-blood, I smell the rain that burns my skin

I see them digging, digging into me

I watch them dig their grave.

But it will be my grave, too.

The sun is their father, I, their mother;

His love is fierce, but mine is gentle

And so it is I that must die by them.

9
3
0
Challenge
Challenge of the Month V: March
Close Encounter. A gunshot wound barely survived. A disease in fateful remission. A reaper, narrowly evaded. Write about a close encounter with death. $100 purse to our favorite entry. Outstanding entries will be shared with our publishing partners. Fiction or non-fiction, poetry or Prose.

I have a fear of the wheel.

Last year, in April, I went to my grandmother’s house for New Year, and my cousins were all there too.

I’ve always been a bit girly, so it is my bad luck that all my cousins are boys. I hated their games and fighting.

But I always wanted to belong with them, so I tried to do what they did. On that particular evening my eldest cousin brother had gotten a new bike, and we went into the playground behind the house to ride it. I have a feeling it was because of me too, because I wanted to ride it, but every time I got involved with something, it ended in me getting hurt. They were being careful.

But there was a cricket match going on, we couldn’t ride it there. So we took it to the other side of the house, where the road was.

I’ll say this for my cousins; they weren’t much older than me, just a year or two’s difference. They let me get on the bike without much reluctance.

For the first fifty yards, everything was fine. I carefully cruised down the hill at a snail’s pace, and then tried to remember how my cousins had turned around while they were going downhill, because I sure as hell couldn’t. The bike just kept going.

I hit the brake button but it was wedged somehow. I was slowly edging into full-blown panic. The bike was picking up speed as it went; I was going really fast now. Frightened, I tried to put my legs on the ground, but the bike was too tall.

“Help!” I screamed, crossing the border into absolute panic. I was hysterical. I hated the road anyway. I always swore I’d never learn to drive when I grew up. Now I was just whizzing past houses and people so fast. I didn’t want to end up in China.

The brake was wedged, the bike was too tall.

The bike was still going, with me clutching the handles for dear life (which wasn’t going to last much longer). I wonder what the passers-by saw.

Then ahead of me, I saw trees. The branches of trees near my feet.

Shouldn’t the branches be near my head? Maybe I was losing it. Going mad.

Then, as I got nearer, I saw that the road suddenly dropped off into a cliff. I couldn’t even imagine the drop. Those trees looked ginormous, and they were growing from somewhere far, far down.

I stared at the trees coming closer and closer, terrified. Adrenaline filled me, but there was nothing I could do, no way to save myself.

The bike toppled over the cliff. I was thrown off and slammed into a tree with the force of a jet.

Aiming to destroy and shatter our hopes.

But when they reach the lip of land

They see what we built

The sight of the buildings rising higher and higher

It brings them guilt

Break on the rocks that guard the shore.

Even if the seagulls cry

But they break into salt and sea wind

Waves that swirl to shore.

They say that in Bethlehem, the Messiah was born.

They say that in Uttar Pradesh, the Lord was born.

They say that in Lumbini, the Enlightened was born.

They say they have proof, and they show you.

But you need to accept it even without proof, then it is believing.

1
0
1
Challenge
Challenge of the Week CI
Traditions. "In 1621, the Plymouth colonists and Wampanoag Indians shared an autumn harvest feast that is acknowledged today as one of the first Thanksgiving celebrations in the colonies." Write about Native Americans, or other indigenous peoples. This could be an alternate history, a period piece, historical fiction, or whatever you like. Fiction or non-fiction, poetry or Prose.

The sickness spread through the tribe, and they buried more every day. Painstakingly decorating each corpse with ritual silks, placing two coins on the eyes, following tradition to give them a better life in the afterword.

More died, and more were buried with silk and silver coins. The tribe grew grew poorer and poorer.

The last to die were those who starved, and they had no silks nor coins in the afterlife.

5
0
0
Challenge
15 words of alliteration!
For this challenge, make sure every single word starts with the same sound. for instance; "sure" goes with "ship" and "crap" works with "kipper" but "cat" doesn't jive with "ceiling". Have fun!

What is madness to you?

Your willingness to do something nobody else will.

To seem crazy and live a lie.