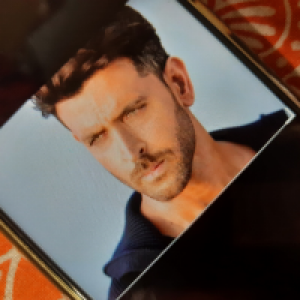 Silence is something that you feel,

when a hungry beggar is sitting in front of you,

but you have too little money with you

and you choose to have your meal.

You weren't too right though,just think, were you?

Silence is something that you hear,

when you know you have to put up a smile

just to show that you are not fragile,

but everywhere within you it's just - fear.

You then are not too strong either, just think, are you?

Silence is something that you realize,

when you want to fight for the bigger one,

but have nobody to relish the smaller one,

so you decide to have the pizza pieces alone - you were wise.

You do feel it, think again, don't you?

I wanted to create a ‘perfect profile’ on Prose, so I started quite ‘prepared’, but it took me a bit to realize that not only your profile name and description, not only your writing and the number of credits given to it, but also the motivation behind your likes and reposts do define you a lot. And yeah I know this is short, simple to read and obvious like most of my posts, but they all contain with precision whatever I learnt and I publish them proudly in simple language to make somebody else too realize whatever I felt.

Though obvious, it is important to say that spontaneity can never be recreated.

" Life is not about the ability to keep your head high at all times, but is the sincere practice of lifting it again and again."

" Do not seek recognition to every work you do. Let some be just preparations to remember with pride, the day you win the battle. "

" Not everybody has the courage to clap alone in an auditorium full of people. "

"Learn to look beyond the sun even if it appears to be the limit..."

A World of Yellow

We were crossing the railway junction, when someone called from behind, “Guys, make it fast, the bars will be down...” and rushed away. My friend grasped my hand and pulled me along with her, not realizing that I wanted to savour every bit of that moment. Soon, we were on the streets again. I looked at her face trying to understand whether she was irritated, as she gestured with her eyebrows towards an isolated area filled with greenery. “Our playground.”, she said. The common view of Indian parks - young boys in shorts playing football and a few girls playing cricket at one side of the ground - all in a carefree mood.

Soon, she guided me through a narrow colony. When we came out into the broad roads, it was all peaceful. We left three grey buildings on our left and stood facing the next -- a World of Yellow. The yellow walls have been tanned and had occasional broken areas and the building looked quite old - not for me, it was my dreamland. I could not believe that I was standing so close to a palace. However, in reality, i was too far indeed, because I knew that I couldn’t ring the bell.

My friend stalked the road, I just stood and kept looking. Slowly, I went a step back and peeped in through the grills. Three windows were open. I was afraid someone would notice us there, but from somewhere inside, I wished somebody would.

It was 3 o’clock in the afternoon. Everything was too much silent as if to let me imagine myself a year ago, returning home along the highways of Kolkata, beaming to myself. My peers knew that I had met him during the coaching classes once again. As I realized that he had no idea that I was standing below his house, my heart pushed me ahead, but I stopped myself - I knew I could not ring the bell.

Gusts of cold air kept getting stronger and more dangerous. We needed to leave. I turned around slowly with my heart throbbing, trying its best to pull me back, as my friend hurried and kept calling me. I took a last turn near the corner to have a look at the house. I saw a middle-aged person nearby, staring at us - the only human witness to maybe the last Hello and the last Goodbye.

″I look down while walking in order to look at the path I move along, not to mean that I'm inferior to the person walking opposite me. "

I can definitely turn around

but I suddenly remember a person,

who taught me that rivers do keep flowing

no matter how many boulders are there.

Yes, I can turn around

but I suddenly remember a faithful person,

who securely holds the best secrets

that were ever there in my life.

I do can turn around

but I suddenly remember a jolly person,

nothing but just laughing all the time.

Yes, I do understand,

still your silence does not just worry,

your silence disturbs me...

you know that I'm a child after all.

It'd be so wonderful

if you could just come back right now

and look at all the other memories

I had recollected while you were away.